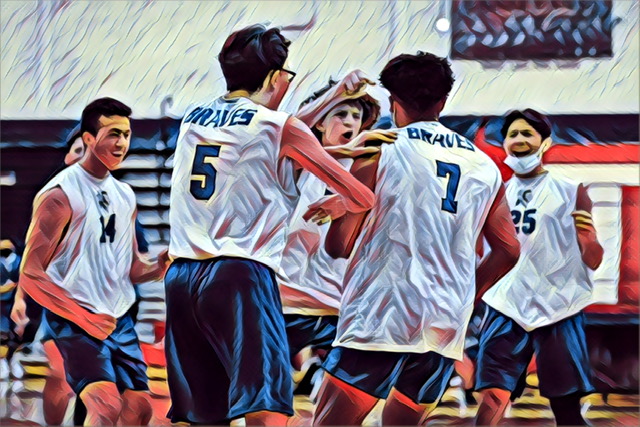 Sixteen NJ high school volleyball quarter-final games on today’s schedule gave us some exhilaration. But it means we have to say good-bye to 16 teams tonight as their seasons have come to an abrupt end. With just 16 teams left in the fight for a state championship, the elation continues for that select group. And for 134 other teams in NJ, they are licking their wounds but thankful for not only being able to get back on to the court, but for all the fun and special moments and memories created with friends and teammates this Spring. We wish them well and will see many of them next season. For all of the seniors, thanks for giving your hearts to the NJ volleyball community over these past 4 years. We will miss you all.

For the quick update look at tonight’s games, here is the bracketology update for the night…


Included in the bracketology update are the predictor picks for the next round. NJP is over 80% win percentage for the state playoffs but certainly took some hits tonight’s on some very tight game match-ups.

We will open with the Central Sectional for our inner look. It is starting to become very clear to us that the eventual Old Bridge vs CBA match-up in the Central finals is a most probable conclusion. Old Bridge blasted the St. Joe’s Falcons tonight and seem primed to move past Bridgewater in the semi’s. BR nailed Marlboro tonight in a three set, 25-23 last game. But both teams would have been underdogs going into Old Bridge for the semi’s. The Panthers have had a solid season, but we expect that season to end on Monday. CBA rolled past Howell in straight sets and the #1 Mag 7 look invincible in the bracket. With East Brunswick upending Hillsborough tonight, the Bears are peaking at the right time. It will be a tall order for them as well to go to Lincroft and come away with a win. We know anything is possible on the high school volleyball landscape, but again it seems very likely these two great teams will meet.

In the South, NJP projected both Southern and Moorestown to advance and both came through with solid straight set wins. But the two other quarter final matches had two teams emerge that smashed the NJP algorithm. It’s pretty obvious that Jackson Memorial is much better than anyone in NJ gives them credit for… other than maybe Jason Ulrich. They ended Rancocas Valley’s big season with a three-set thriller. And a bigger surprise was Williamstown being brought down by Kingsway. The Dragons left it all on the floor tonight coming away with a huge win against their Tri-County rival. We did not see that coming. Congrats to the Dragons!!

North 1 went almost as planned with all higher seeds winning and leaving a 1 vs 4 and 2 vs 3 scenario. NJP had Don Bosco beating Bergenfield but got nailed on that one as the Bears edged the Ironmen in three sets. Fair Lawn, Jefferson, and West Milford all advanced in straight sets as expected. The Jefferson vs. West Milford match-up should be an epic battle. Fair Lawn is hot and will be very tough to take out.

This weekend’s blog will take a deeper dive into the 8 sectional semi-final games on Monday.

Our NJP Clip of the Year contest is winding down for the Girls and the Bloopers. The Boys finalists will be announced on Sunday night. We will be posting all of the Group a, B, C clips on social media this weekend as well as some others collected. Clip Party Coming… tune in…

And for those team eliminated today… keep in mind you will not be remembered for that one game you fell short. You will be remembered by your effort and passion from an entire season or high school career playing a game that you loved to play. And when you look back on these memories, what will surface is the best of times and the overwhelming feeling of accomplishment. Believe us… you will not be Uncle Rico…