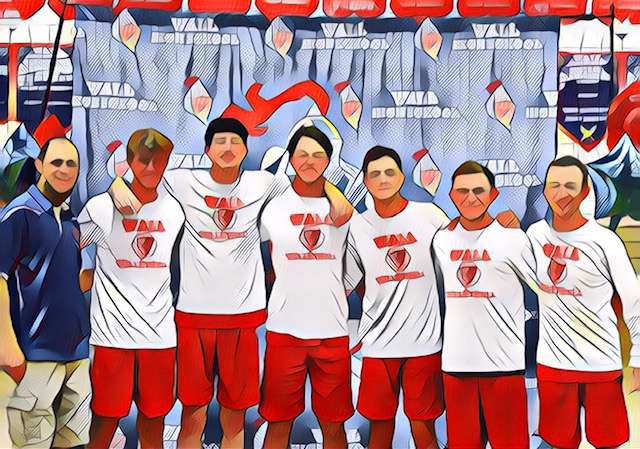 What an important date 6/4 will be on the NJ Boys High School volleyball landscape for Spring 2021. This is the day we widdle down the field of potential state champions from 32 teams to 16. We will continue to cut the number of teams in half on 6/7, 6/9, 6/11 and finally on 6/14 when we crown the champion.

The 16 games tomorrow have some really great matchup’s. We project the scores of each game in our bracketology page HERE.

In North 1, Dover has had a solid season. They are 11-5 but have not recorded a signature win against a top team yet. But we will say this. They have played Jefferson twice and went to three sets with them once. This proves they can win a set against a top team. Jefferson and Fair Lawn are very similar ranking-wise. But it will be a tall order for the Tigers to take down the Cutters tomorrow. Fair Lawn is firing on all cylinders and although we think they fall just a bit short of their past few seasons teams, they are fine tuned and well coached and will not miss this opportunity.

Bosco vs Bergenfield is Round 4 for the match-up this season. Bosco prevailed in the Bergen County tournament but lost the two previous meetings in regular season. This is a toss-up game with their two rating points separated by just 1/10 of a rating point. We don’t see how this one doesn’t go three sets. We may see some scores in the 30’s here.

Wayne Hills has been so impressive this year. They are a scrappy and talented team that fell just short in the Passaic county tournament against West Milford. We get the sense that Jefferson has so much to play for this year and will find a way to put away the Colonials. At 18-2, Jefferson has only lost to Ridge and Pope John and have avenged both those losses when they played them again during the season. This one will be close, but we think Jefferson just has too many weapons.

Pope John and West Milford should be a great match to watch. The Lions have been red hot and continue to improve with a quality set of starters that can wreak havoc for the Highlanders. West Milford has only lost one game all season, an early season defeat to Fair Lawn, and Thenell, Christ, Spagnuolo, Dinzik, and McNally will be ready to roll. WM has 6 signature wins against teams that have been in the top 20, including Bergenfield, Ridge, SPP, & Bosco.

In North 2, Kearny/Union is just a great match. The math favors Kearny as they have already beaten Union this season. A key matchup will be Union opposite Alex Boulin matching up against Kearny outside Santiago Lopez. We love Union’s balance and Faraz Bhatti has been impressive at setter to go along with a ton of weapons (Lin, Boakye, Odusanya, Boulin, and Thompson). We see this as a toss up with the momentum that Union has built coming off the win over Ridge.

Newark Eastside is a clear favorite in their match-up with Bayonne. The Bees have a very solid team that work well together and are super scrappy. But Nick Lima has been an all-out star this season and we see him dominating in this game.

Can Livingston drop SPF from the unbeaten ranks? NJP thinks probably not. Livingston has a lot of talent with Chris Lynum and Kellan Sun especially driving the offensive charge. But SPF appears in that elite category this season with everything coming together in their favor. Their 23-0 record is certainly evident of that. Their schedule strength has been in questions so when they step against teams in the top twenty, they may certainly be subject to unchartered ground.

Really interesting matchup at Payne Tech tomorrow as the Lions take on St. Peter’s Prep. SPP as stayed in the top 20 despite 7 losses this season due to the caliber of opponent. They have taken on 9 top 20 teams and comes into the game much higher rated in the algorithm than Payne. Payne had an amazing start to the year winning their first 16 games and have now gone 3-4 in their last seven. The three wins were against teams ranked #56, #86, and #125. Despite the seedings (Payne #2, SPP #7), NJP sees the Maruaders taking a straight set victory.

In the Central, it’s a #1 vs #25 seed matchup which usually indicates a lopsided victory. CBA and Howell are very familiar with each other having played three times already this season as well as having club teammates on opposing high school teams. CBA is one of NJ’s elite and will figure a way to get by the Rebels. The Mag 7 will be firing on all cyclinders and at home.

East Brunswick and Hillsborough would have had Hboro as a solid favorite last week. But the Raiders have lost 3 of their last 6, with one unexplained loss to Edison. They beat Williamstown just ten days ago. It’s a matter of which team shows up tomorrow as Hillsborough is certainly capable of beating any high school team in NJ with Vinil Shah and Jack Freese on their game. The Bears have been solid despite losing a number of games on a really tough schedule. The game has turned into a toss up but the NJP Predictor still has Hboro as the victor.

Marlboro against Bridgewater Raritan is a very intriguing game. Marlboro is coming off the upset of Hunterdon Central and will look to continue their assault on the Skyland Conference. Dan Marino and Nick Brzoska have been scrumtrilescent for the Mustangs this season. And the math is telling us that they will continue on to the sectional semi-finals in a three set nail biter.

Old Bridge will be defending their title tomorrow as they take on St. Joe’s. The Falcons took the Knights to the last point in a three set thriller just last week. St. Joe’s has had such an up and down season but they have show tremendous fight of late. This should be a great rivalry game to watch. The math favors OB.

In the South, we expect Southern to come out victorious against Lacey. The Rams are a powerful squad with a wide array of weapons. They are the class of the South sectional and will be so difficult to bring down.

Moorestown has just one loss this season, a three set thriller against Rancocas Valley. If you have not seen Logan Jagodzinski this season, you may want to tune in to this game. Gloucester Tech has been very impressive this season including their upset of Eastern in Round 2. But the math gives the slight edge to Mtown.

Rancocas Valley and Jackson Memorial will be an epic fight. Jackson Memorial was undefeated before losing a pair to Southern. They lost to Southern later in their season but took two sets from the Rams in the process. An argument can be made to have the Jaguars in the top 5 based on their undefeated record against every team but Southern. And they would like nothing better than to push Rancocas out of the tourney. Rancocas comes in at #8 and Jackson at #13 so the algorithm favors the Red Devils. We consider this one a toss up.

And last of the 16 games on the schedule favors the Williamstown Braves over the Kingsway Dragons. Williamstown has been sensational at times this season and certainly has high end potential. Kingsway has proven they can stick with the best teams in the South. These teams have played twice this season and the Braves prevailed twice in three set matches. NJP gives the nod to Williamstown.

Good luck to all teams tomorrow!!!