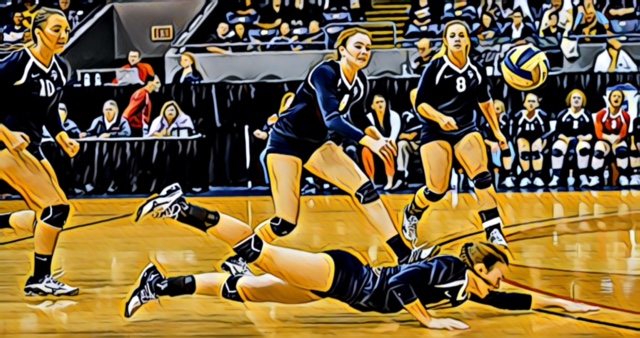 Player of the Year

In case you had no idea, MacKenzie Wiggins was an absolute FORCE for the Sparta Spartans. The Senior tallied 220 kills in a short season, in addition to helping lead Sparta to win their first state title in the history of the program. Wiggins also was named the Gatorade New Jersey Player of the Year.

Leading the way in kills was Sparta’s MacKenzie Wiggins with 220 kills. I mean, just imagine how many she would have had in a normal season with a full schedule! Wiggins said, “Personally I think my keys to success were picking spots, knowing when to swing away and when to place an off-speed ball.”

Since moving to NJ a couple years ago, ‘Kenzie has played her club volleyball at Allegro. “Club volleyball is something that has helped me improve my game tremendously. It’s a whole lot of extra reps and different perspectives on the game than I would get just simply playing for three months out of the year during the school season,” the Sparta outside hitter said. Sparta took their sectional state title, to which Wiggins said, “I cannot think of a better way this season could’ve turned out. I am so proud of everyone that is a part of the program for what we did this year.”

Then with 318 assists, comes Morris Catholic’s setter Riley O’Hagan. O’Hagan was a key to the Crusaders taking the Non-Public B title. “I couldn’t be more proud of my team and what we accomplished,” the setter said, “Not many seniors get to go out on a win and with so many seniors on the team I’m glad we all got to end on the highest note possible.”

Riley said that trust was a big part of her success. “Trusting that the pass would be there and that all my hitters were ready, allowed me to focus on putting the ball where I wanted it,” O’Hagan said. The Morris Catholic setter plays her club volleyball at Garden State Elite Volleyball Club, where she has thrived since her freshman year. “Playing club at Garden State Elite has been so important to my game. School season is relatively short compared to club, so having the opportunity to work on skills all year round really allowed me to grow and return better each school season,” Riley said, “Having Coach Khaled at GSE since my freshman year has allowed me to see the game differently and really learn the purpose behind everything I do on the court.”

Finally, you can’t win many volleyball games if you can’t defend and pass. That is EXACTLY what Morris Tech libero Vicky Huang specialized in, leading the conference in digs with 298–that is an average of over 27 per match.
“Personally, I couldn’t have done it without the constant support of my coaches and teammates. Coach Turnbull and Coach Maday were a huge part of my successes. They dedicated so much of their time into this program and always looked for ways to improve our team,” Huang said, “My teammates were another key factor, as we all connected well on the court. My co-captain, Heather Murphy, always helped me keep a loud and positive attitude on the court which really helped me continue pushing through each point no matter the score.”

Huang plays her club volleyball at GSEVC, and is teammates with the aforementioned Riley O’Hagan.
The Morris Tech libero said, “I’ve been playing club at GSEVC since I was a freshman. Being able to play with such talented teammates motivated me every practice to push myself to continue to improve,” she added, “The coaches there are all so amazing and supportive. They were always willing to help me in any way possible. I’ve had Coach Khaled for the past 3 years and he has basically built me into the player I am today. He has taught me so much about both the physical, logical, and mental aspects of the sport.”