The Quest for the Three-Peat 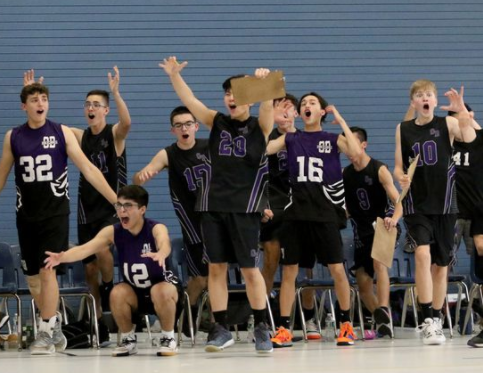 The Three-Peat was literally all we talked about.  It was September of 2019, and the only thing that was on our minds was a three-peat.  At that time, around 75% of the 2021 state championship team wasn’t even on the varsity roster.  I was a sophomore at the time, and seniors Jonny Ortega, Jon Guzman, Devin Mullins, and Josh Blatt were ready for their turn to carry the legacy.  As we all know, the 2020 season was canceled due to Covid.  Throughout the shutdown, we had zoom workouts every week.  It was an unprecedented time, and we wanted to make sure we would be ready to go when the time came.  Unfortunately, the time never came for the 2020 Old Bridge team.

But, through all the heartbreak and misfortune of the lost season, the underclassmen at the time learned a valuable lesson from the experience.  Those four seniors taught us that no matter the circumstance, you must keep the determination and hunger to be successful.  They didn’t decide to sit around on the couch and feel sorry for themselves.  Even when the covid situation grew worse, they got on a zoom call every week and worked hard, making us all better players.

When we found out that the season was canceled, you would think that the zoom workouts would end, right?  That’s just not what state champs do.  For a year straight, we were online at least once a week working out as a team.  Coach Hopman kept reminding us that if we wanted to be the best, we had to work like the best.  I would like to thank those four seniors who never got to properly finish their high school volleyball careers.  You taught us that no matter what the circumstance, keep working, stay hungry, and keep chasing success, because you never know when your last game will be.

Now, let’s fast forward to the start of this season.  We were all ecstatic to be back in the gym together.  We were lucky to have returning veteran experience from Nick Schon, Aaron LaPlaca, Zach Cuisinier, and myself.  But we also had many first-year varsity players, such as Brian Snook, Matt Manfredi, Pavlo Chernyshov, Blake Krapf, David Flores, Mike Tribianni, Jeremy Smith, Jacob Krol, and Evan Jazmin.   The team was looking solid, and we all just wanted to get out there and prove ourselves.

But surprising us all, we were shut down for two weeks due to Covid.  We had to sit by and watch teams like Southern, CBA, and Scotch Plains Fanwood start their great seasons.  We felt as if the volleyball community was forgetting about us.  This was the case throughout the season.  With losses to Southern and CBA, we were no longer predicted to even make it out of central jersey.  It was all good, though, because we knew what we had.

This Old Bridge team was something special.  We have a bond that I don’t believe any other team has.  We go out to eat together, go to the beach together, and even watch film at each other’s houses.  This team was no going to let the outside noise distract us from our goal.  Once the playoffs came around, we turned it up.  We won GMC’s and breezed through the state tournament.  Well, until we faced CBA.  It was probably the best game of volleyball I’ve been a part of in my life.  After winning the first set 36-34, I knew it was over.  When watching my teammates fight for that win as hard as they did, I knew that no one was stopping us.

The time had finally come.  On June 14th, we were to face Southern Regional in the State Championship.  Although we knew that we would be there from the beginning, it did not seem real.  Looking into our student section and seeing our friends and family supporting us was something special.  We knew we had to take it home for Old Bridge.  As nervous as we all were, we didn’t show it.  I even reached out to former Old Bridge State Champion Libero Josh Dewitt to see how he handled his nerves when he played.  He told me that after that first pass, you are locked in.  He was 100% right, and I think it was the same with every player on the team.  Once you touched the ball for the first time, you were ready to go.

After winning the first set, I kept telling the team that we needed to win in two.  Southern is too good of a team to go to three sets with.  When facing them in the regular season, we won the first set, then dropped the next two.  I didn’t want to have to play them for a third set once again.  But as we know, Southern defeated us in the second set, sending it to three.  Through many motivational speeches in the huddle, the team was fired up and ready to go.  We started off the set losing 6-2 and were always down by at least 2 points.  We kept fighting back.  Then, the score hit 18-18.  It was a toss-up at that point.

Lucky for us, the last 7 points of the game is where Old Bridge shines.  We turn it into a gear where no team can stop us.  The final of the third set was 25-21, with Senior and Rutgers commit Aaron LaPlaca getting the well-deserved game winning kill.  When our student section stormed the court, it felt as if we were on Cloud 9.  The party was just getting started.  We had a parade through the town and were greeted at the school by all our friends.  It was one of the best days of my life, and it will never be forgotten.

At the end of the day, we were all just happy to carry the Old Bridge Volleyball legacy.  We wanted to follow in our Alumni’s footsteps.  Many of them still come to our practices to challenge us and make us better.  We wanted to show to them that their dedication to the volleyball program truly makes a difference in our play.  If it weren’t for them, we would not be state champions.

I would also like to shoutout Coach Hopman, Coach Tom, and Coach Weiss.  I have never met another coach so determined to win then Coach Hopman.  His dedication to this team was unreal, and I am glad he brought Coach Tom and Coach Weiss onto his staff as well.

Two days after the state championship game, we visited Coach Hopman at the school to return our jerseys.  Well, we thought we were JUST returning our jerseys.  We wound up sitting there for over an hour, just talking.  And we weren’t even discussing much about the state championship.  We mostly talked about next year, and the quest for the four-peat.