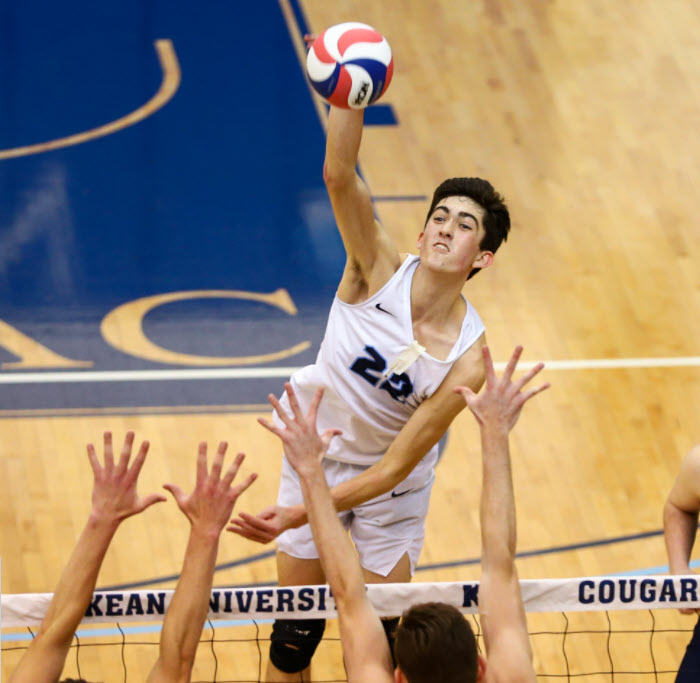 In a story that is still breaking, Kean University outside hitter Jared Ray has transferred to Rutgers-Newark and will be inserted into an already formidable line-up, making the Scarlet Raiders one of the top teams at the D3 level in the East Region.

According to the Kean University website, Ray has had the following accomplishments in his first two years for the Cougars:

Combining Ray with NJAC player of the year, opposite Andrew Zaleck, and CVC All Conference players… outside Arvind Kumar, setter Justin Tuohy, middle Danny Quay, as well as libero Matt Nikishin, gives RN the talent level to be an immediate favorite in the CVC, NJAC, and a contender for the National D3 title.

Both Ray and Zaleck have been dominant these past two seasons and giving playmaking setter Justin Tuohy another formidable attacker in the Scarlet Raiders arsenal will produce an abundance of points.

It’s unclear where the Cougars will settle in this year after losing some great senior contributors to graduation as well as Ray to transfer. Kean had one of the larger rosters and still has many talented players, but they will no doubt have some challenges.

Here is NJP’s Pre-Season New Jersey ranking for the 2022 season: