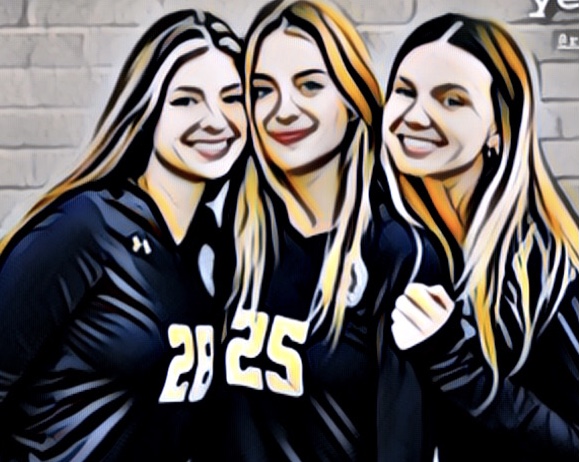 Another strong win for #16 Hudson Catholic tonight as they start the season 2-0. The Hawks will be traveling down to Williamstown for the tournament tomorrow and we are looking forward to see how they fare against some of NJ’s top teams. Their trip to Williamstown last season was not fruitful so we expect them to turn it around for the tourney.

Watchung Hills has lost two three set matches in their first two games and we expect them to rebound soon with senior Kelly Hector leading the way. The Warriors were defeated by Bridgewater Raritan tonight thanks to Nikki Blair’s 19 assists, and 6 kills from Kate Rutigliano and Maria Slivar.

Cherokee finds themselves in unfamiliar territory as they fall to 0-2 after a three set, down to the wire loss to Lenape. These Olympic Conference rivalry games can be super intense and now Cherokee has been downed by Lenape and Shawnee.

In other action… #6 River Dell is off to a good start defeating Dwight Englewood in straight sets. Alicia Idiculla has 7 kills and Emma Evancho added 6 aces. It was East vs. South in Toms River today with East getting the upper hand in three sets. MSDA got 10 kills from Brooke Algieri, and Bridget Lonergan had 6 kills and 3 blocks in their one sided win over Nutley. Donovan Catholic defeated Pinelands in three sets tonight to move to 2-0. Another nice night for Dana Welch. Fort Lee, Howell, Barnegat, and Gloucester Tech all came up winners today.

When members of the NJ volleyball community need our help, we have had great responses from NJP fans in the past. This one is slightly outside of NJ, but worth a read and consideration. Thanks for considering this… https://www.gofundme.com/f/one4mon-hope-for-a-better-tomorrow

Make sure to check out the “The Feed” page on the main menu… all third party links to volleyball articles and content throughout NJ.

NEWS FLASH: Check this out… on Peyton Oliver sophomore from Ramsey. More at https://providence.jwuathletics.com/sports/wvball/2021-22/releases/20210908p8h21h

Some more 9/11 insights as we pay tribute to the 20 year anniversary. The effect on sports at the time was rather overwhelming. We stopped playing youth sports for a week or two as the world was somewhat paralyzed by thoughts of terrorism on home soil and what would happen next. Many youth organizations found a common bond and implemented some measures to recognize what was going on in the world. The National Anthem was played in most arenas that fall, before every match. I began a new trend that lasted for years. There was also the American Flag patches that were being put on player uniforms. It gave us a sense that we were all in this together. For youth sports in NJ, many players in various sports lost a parent or relative in the event making it even more emotional. For Pro Sports, there was a lull, and then a definite tone that we must bring normalcy back. The Yankees were in the world series that year, and six weeks after the events of 9/11, President Bush came to Yankee stadium during Game 3 to throw out the first pitch. NJP is not a political website and we want to be a release for many youth players to find respite from the craziness in the world. But at the time, the President just represented the President for us. It didn’t matter what political party he was from… in this video, you can get a brief sense of the sentiment at the time and how it related to sports.

It’s hard to explain how fans were processing this event and the emotion they showed in the crowd. And for you Yankee haters out there, yes… they did lose the world series that October on a walk-off, game 7, bloop single off of the best relief pitcher in the game at the time Mariano Rivera. A surreal ending when for the first time, almost everyone was rooting for the Yankees because of the devastation and destruction in NY.