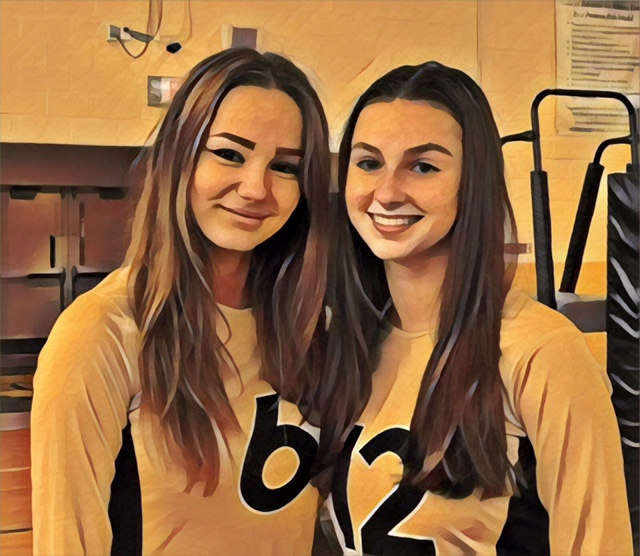 It’s Friday!!! That means a ton of NJ HS volleyball games on the schedule!!!

WWPS flexed their muscles tonight against unbeaten Northern Burlington. Both teams entered the game at 4-0 and South took advantage of their supreme firepower, taking the second set 25-6, and inserting their dominance as the team to beat in the BCSL. We caught up with Skylar Hendrick tonight and she was brimming with confidence. “WWPS is still strong as ever and we don’t plan on stopping anytime soon.” Skylar had another superb game with 7 kills, 4 aces and a block. She added “Whatever an opposing team has to throw at us, bring it on! Because we’re ready for it!”. Gauri Lavate was a major gem tonight posting 13 aces!! Awesome job Gauri!!!

Ridge really came together in their game tonight with a convincing win at home against Randolph. Chelsea Tancredi had 6 kills and 2 aces for the Red Devils who are now 4-1. The Rams fell to 2-3.

St. John Vianney improved to 5-1 with a straight set win over RBC today. Both Erin Gretzky and Anushka Barodekar had 7 kills while Mackenzie Bloss had 19 assists. We chatted with Erin Gretzky tonight and she shared “Our team played with a lot of energy and even though we started to get down, we battled through adversity and came out on top.” She was super optimistic about the season and added “Today was just a glimpse of what’s to come.” We look forward to see what’s in store tomorrow when the Lancers travel to Williamstown to take on the Braves, Southern, and the Cherokee Chiefs in a quad-match.

Super match in South Brunswick today as the Vikings battled GMC rival Piscataway. South Brunswick notched their first win of the season in three sets. After Piscataway edged SB in the first set, they almost put the match away in set two but SB fought back to take the set 29-27. The third set went to over time as well but the Vikings prevailed 27-25. Piscataway notched 60 digs in the match and Andrea Enabosi had 11 kills but it wasn’t enough to sustain the win.

East Brunswick knocked off Monroe powered by 8 kills by Paige Anania and 18 assists, 9 digs, and a block by Bella Sapienza. Kacet Trzaska had 4 kills and a block as well as 2 aces for the Bears. Monroe had not lost coming into the match.

Hopewell Valley gutted out a tight three set win against Lawrenceville taking the third set 25-23. Big Red was undefeated coming in to today’s game that always has meaning with these two Mercer County rivals. The Bulldogs have lost three straight three set matches and will look to get back to .500 Monday against WWPN.

Jola Olutiola blasted 10 kills for Old Tappan today as they defeated Teaneck in straight sets. Brenna Delaney and Layla Giordano added three kills each for the Golden Knights. OT allowed just 17 points for the match as they got their first win on the board after two heartbreaking 3 set losses.

Pascack Valley surprised Tenafly in a Big North elite match-up. Taylor Grady made the difference today with a powerhouse performance. She had 12 assists, 6 digs, 7 kills and an ace in the match for the junior who has knocked the lights out in her three year high school career thus far. Anna Taufield had 21 digs for the Tigers.

Sparta vs Jefferson in the NJAC. Two undefeated teams. An another statement win from Sparta! The Spartans put up 13 blocks for the match and out-aced the Falcons 7-2 as they improved to 5-0. Freshman Aralyn Saulys had 6 kills and 3 blocks while Brynn McCurry posted 3 kills, a block, 13 digs, and an ace. Despite a monster game from Mackenzie Rock where she smoked 12 kills and 2 aces as well as 13 digs, the Falcons dropped to 4-1.

IHA pounded Paramus Catholic, outscoring them 50-19, in their straight set win. Another great team effort with the entire squad contributing. Brookelyn Talmadge put up 6 kills and 4 blocks while Deanna Whelpley had 4 kills and 6 aces for the Blue Eagles. Grace Coughlin added 3 kills and 2 aces and Kalena Stavish had 17 assists. Another nice contribution from Marissa Roberge with 3 kills and a block. IHA is 4-0 and a sure #1 team in Sunday’s first ranking.

Another remarkable performance by Kate Stoughton of Brick Memorial as she belted 11 kills, 3 aces, and 2 blocks, while adding 5 digs and 2 assists in the Mustangs straight set win over Jackson Memorial. Memorial is now 2-1 and has looked capable of beating any team at the shore. Kate has already committed to D! Long Beach State to play beach volleyball and will be fashioning the colors and logo of new mascot, Elbee the Shark, as the 49’er has been retired.

Ashanna Caviness added another 11 kills to her yearly total of 54 as Bogota smashed Hawthorne Christian. Nice performance by Abby Periera of Governor Livingston today as she posted 7 kills and 8 aces in route to a straight set win over UCC rival Johnson. Roxbury rolled over Warren Hills, outscoring the Streaks 50-15, and improving to 4-1. Northern Highlands played 15 players tonight in a total team effort as they downed Hackensack in straight sets. Ruby van der Heide banged 6 kills and 4 aces for the Highlanders. Hillsborough is now 4-2 after beating SPF today in Scotch Plains. Josie Marcinek ripped 8 kills and Beri Tawe posted 4 blocks for the Raiders.

Some great matches tomorrow on the Saturday schedule…

Paul VI vs Kingsway and GCIT