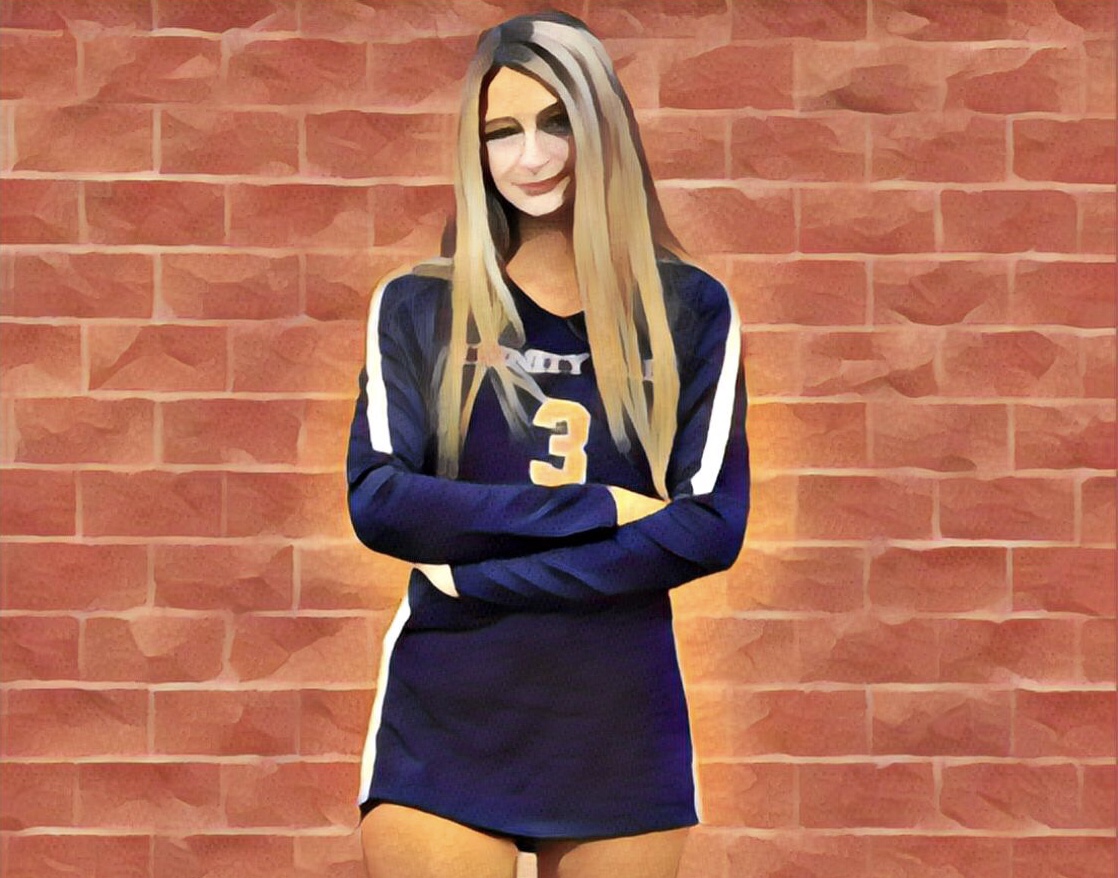 Big night for NJ girl’s high school volleyball as we have almost 90 games on the schedule. NJP started up it’s nightly game predictor today selecting the entire schedule of known games as of Sunday night. There were 79 games selected and we used our rating and ranking system as funneled through our Predictor algorithm to project tonight’s winning teams. In the past, through 8 years of running our high school hockey website, and almost three years of high school volleyball, we have been able to achieve an 85% win rate. Considering the nature and volatility of the high school sports dynamic, as well as the volume of picking games from the top skill level teams to the more novice, we feel strong that the validation this brings to our rating system is strong. The rating system is based on math and is a totally objective approach to rankings.

In our first night, we jumped out to a 89% rate early and then got buried with late night results, finishing the night thus far at 53-13. There are still a dozen or so games that we have not received scores on so we will update those when received. 80.3% is picking 4 of 5 correct. Our goal each night is to pick 8 out of 9 or 89%. Our usual average is 6 out of 7 or 85%.The first week is always our worst as we the sample size of the game data is the smallest. When we do this for the boys in the Spring, it’s a very manageable project each night with 15-25 games. The girl’s are triple those counts so we do do as many games as we can without taking away time for our blog and other site features.

We keep an accounting of our results each night and publish it here in the blog with updates every so often. Games selections for 9/21 are posted at this link… https://njpowerranking.com/2021/09/21/njp-predictor-game-selections-for-tuesday-9-21/

Before we jump into tonight’s high school schedule, we wanted to share a quick college note. We wanted to congratulate former Hackettstown high school player Alyssa Bizzarro who is currently a sophomore at Centenary College. She was name Atlantic East Player of the Week. More from Centenary on this award at https://centenarycyclones.com/news/2021/9/20/womens-volleyball-bizzarro-named-atlantic-east-specialty-player-of-the-week.aspx

Also on the college D3 scene, there is a men’s preseason college volleyball tournament planned in October to be hosted by Steven’s Institute of Technology. Details are still coming together but it looks like invitees are currently Misericordia, Sacred Heart (D1) and Rutgers-Newark. We are sure there will be many others so feel free to share this info with us when you receive it. Most colleges will be launching the men’s season in January 2022.

Last comment on college… Congrats to NJCU for maintaining their undefeated record to date. The women’s team is now 5-0 and faces Ramapo on Tuesday night as league matches start.

We launched a number of analytical posts this past weekend. The first to not was the initial NJP ranking of the Girl’s high school volleyball season. Link here: https://njpowerranking.com/2021/09/19/nj-girls-hs-volleyball-ranking-1/ The other was a detailed standings and ranking document that includes conference rank, group, and section ranks as well as detailed per team stat analysis. This is presented in a “Standings” format for each conference and division. This is planned to be our standard presentation each week. All comments and feedback welcome at njpowerranking@gmail.com.

Demarest easily ripped through Teaneck tonight. The Highwayman were never in this one as Gianna Galli took control in the straight set win with 8 kills, 2 aces and a block. Sharon Yoon posted 4 aces, and Taylor Miller added 4 kills, a block, and an ace to give the Norseman another win to add to their 4-0 record. Demarest is a member of the NJ elite.

Old Tappan showed no mercy as they demolished Tenafly in straight sets. Layla Giordano and Jola Olutiola each had 7 kills and Emma Gabo posted 14 assists and 5 aces. The Tigers drop to 1-2 on the season and have fallen out of the NJP drop 20.

Southern is another perennial power who has had some tough times in the early season. They have been playing some very good teams but seem to have not quite gelled yet. They have 5 losses already, more than they have had in the last two seasons combined. Today, against an undefeated Toms River North team, they pulled out a straight set win improving their record to 3-5. Molly Regulski is finding her legs at setter and once she settles in and this team gets their rhythm, it will be a much different story. But for now, they remain outside the NJP top 20 as well. TRN with Spalletta, Neyra, Beahm, Trella, Budenas and Laudien is a solid squad and we expect them to be near the top of the shore despite today’s loss.

It’s always fun when Bergen County teams Northern Highlands and Indian Hills meet up in the Big North. Ruby van der Heide took control of this one for the Highlanders smashing 12 kills and also contributing 10 assists, 3 digs, a block, and an ace in an all-around awesome performance for NH who remains undefeated at 4-0.

In a big early season battle of Olympic Conference foes, Shawnee nailed Lenape in straight sets. Shawnee flexed their muscles a bit with scores of 25-18 and 25-13 setting the tone for the which team will be pushing for league honors.

Unbeaten and rejuvenated Hoboken dropped their first game of the season today to Dickinson. Love the direction the program is going in and we know these players will continue to make this the best season in Hoboken’s recent history.

Ramapo is now 3-0 after fending off Paramus in a competitive Big North battle that went three sets. PO has some extra spirit this season and it is translating into success on the court. They have put it all together early and the sisterhood is strong. We are not going to say they are excited or anything but check out this vid…

Another nail biter at the shore as Brick Memorial and Toms River South go to three sets. Kate Stoughton continues to make an early case for player of the year honors as she puts up 14 kills, 12 digs, 2 assists, and 3 aces and was the clear difference in match that could have gone either way with the third set finishing 25-23. Madison Partenfelder with 29 assists and 2 kills as well as 2 aces of her own. Amber Gallo picked up 17 digs but TRS fell just short. All three Toms River teams (South, East, and North) are much improved and can compete with any team in the conference.

The freshman connection was firing on all cylinders today as Notre Dame upset unbeaten WWPS in a thrilling three set match. The Irish lost the first set but stormed back and took the last two sets in convincing manner much to the pleasure of the home crowd. Maia Cinca posted 7 blocks and 6 kills in a dominating performance and Cassady Smith had 4 kills and a block as the freshman pair continue to rattle BCSL opponents. Alyssa Jennings had 6 aces for the Irish as they improved to 4-1. WWPS dropped to 5-1.

Another solid game for Olivia Alicante as she posts 7 kills, 3 blocks, 5 digs, and 2 aces as St. Thomas Aquinas moves to 7-0 with a straight set win over South Brunswick. Nice contributions from Danielle Suter who had 11 assists, 4 kills, 4 digs and 3 aces. STA has Old Bridge, Monroe and Mother Seton on the schedule this week as they push to end September with no losses.

East Brunswick, ranked #3 in NJ in the first NJP ranking of the season, polished off a solid Colonia team in straight sets. The Bears have a powerful set of outsides with Hailey Benesz and Page Anania who continue to put up big numbers to drive their teams wins. Paige had 13 kills and Hailey had 9 as the feeds from Ysabella Sapienza just kept coming. She had 17 assist on the night as well as three kills and 4 aces.

Ridge continues to look strong as they knock off an improving West Morris Central team. WMC beat Roxbury in this past weekend’s tournament and has a solid team despite their 1-3 start. But Chelsea Tancredi and Carly Cambria each had 8 kills to keep the Red Devils in the win category. Ridge is now 5-1.

Pinelands looks very strong in their win over Howell tonight. They are now 4-1 and are getting contributions team-wide. Jayne Wilkinson had 6 kills and Emilia Savich had 4 kills and a block in the Pineland win.

Whippany Park found themselves between Mackenzie Rock and a hard place tonight as the senior from Jefferson dominated again with 10 kills as the Falcons blew past the Wildcats in straight sets. Jefferson is now 5-1.

Immaculate Heart is on the schedule tomorrow against Paramus in one of the Tuesday’s feature games. Paramus will also take on Wayne Valley first. Others to note are Wall at Vianney, Mount Olive visiting Morristown, Morris Knolls facing West Morris Central, and the battle of Brick is tomorrow as Memorial takes on Township.

Wednesday schedule has some top flight matchups that will be worth live stream attention as Roxbury visits Mendham, Washington Township against Cherry Hill East, Old Tappan vs. Pascack Valley, and always a big rivalry Randolph against Knolls.

NJP continues to rely on the power of the community to alert us to tournaments, special stories, achievements, and school records. Just email us at njpowerranking@gmail or send us a dm on social. We always respond timely… Thanks to all!!