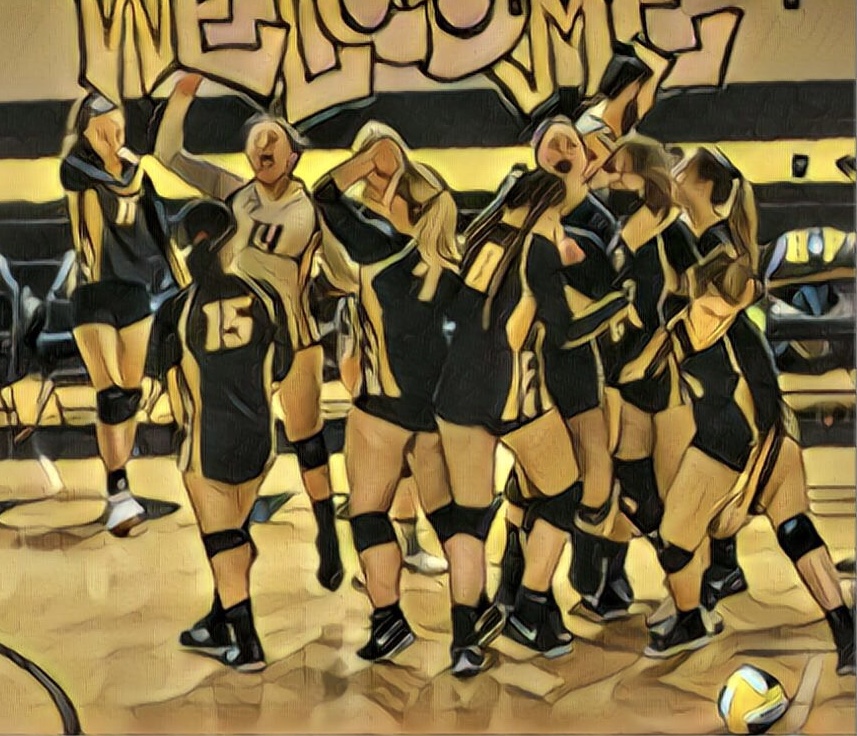 Ok! So how did everyone handle the social media outage with IG and other platforms today? Somehow, we figured a way to survive. So encouraging. We spent the entire day on twitter and texting. LOL.

Our new NJP rankings came out last night for the NJ High School volleyball girls. Here are a few observations before we jump into tonight’s game review:

We have dropped to 10 unbeaten teams in NJ after the weekend which saw Florence get defeated by red-hot Princeton and of course the big game North Hunterdon falling in straight sets to Williamstown on Saturday. Clifton was knocked off by Wayne Valley as well. And St. Mary’s Rutherford fell to Rutherford in the big rivalry game of unbeaten teams on Saturday.

MKA had a huge week and is flying upward in the rankings after going 5-0 over the 7 days. Williamstown went 5-0 last week too.

Ramsey won 5 games as well, as their stock has skyrocketed this past week. Remember that there are dozens of teams who do not participate in the player stat portal so there is a small portion of players who do not get included in many of our updates. Jessica Spierenburg for example has accumulated 159 kills, 101 digs, and 28 aces thus far this year. This puts her at the top of the kill ranks and also the top of the overall player rater. Courtney Currier has 224 assists so far this season which would leave her at the top of the leader board. Noting some stats from just a handful of Ramsey starters here:

We encourage other teams who do not report individual player stats to share this data with us at njpowerranking@gmail.com.

Also, there are so many games that never make it to the master schedule until after the game is played. NJP will be giving out free access to all of our volleyball site information for those players or coaches that can give us a heads up about games not on the schedule. Oh wait, it’s already free. But feel free to help…

Update on the game schedule… We posted a scoreboard page (Game Table) so you can see individual set scores easily for each team. What did you think? Thumbs up or Thumbs down? Let us know at njpowerranking@gmail.com.

We posted a Top 20’s page showing total stat leaders by category and class year. What did you think? Thumbs up or Thumbs down? Let us know at njpowerranking@gmail.com.

And, we posted a Team Recap page so you can see individual set scores easily for each team as well as the schedule strength of opponents and wins and loss by game. What did you think? Thumbs up or Thumbs down? Let us know at njpowerranking@gmail.com.

Hey… what is the state playoff cutoff date? Yes, you are correct!!!! October 19th! Coming up too fast!

#1 IHA rambled by Hackensack today fueled by 12 kills and a block from Brookelyn Talmadge. Grace Coughlin added 8 kills and Alexa Grigaliunas led the team in digs. Kalena Stavish added another 27 assists to her amazing credentials for the Fall season. Immaculate Heart Academy is now 12-0 and is one of 5 teams in NJ that have yet to lose a set this season.

#2 Demarest is also on the list of teams that have not lost a set this season. The Norsemen had a big matchup against Northern Highland’s today and Demarest again showed their dominance over strong teams with a convincing win 25-17, 25-19. It was the usual cast of characters contributing… Taylor Miller with 8 kills and a block, Gretchen Haray with 5 kills and 3 blocks, Olivia Cammalleri with 22 assists and a kill, Gianna Galli with 3 kills and 4 blocks, and Niki Woods with 6 kills and 6 digs. Denise Pak lead the Norsemen with 9 digs. Sophomore Netta Saban contributed 2 blocks in her third game this season. Senior Sabrina Kramer keeps contributing on the back line as well and added 5 digs.

14-1 St. Thomas Aquinas edged Piscataway today powered by 14 kills and three blocks from Olivia Alicante. Danielle Suter had 17 assists, as well as 6 kills, 6 digs and 4 aces for the Trojans. Andrea Enabosi ripped 6 kills and had 9 digs for Piscataway.

There are two situations that we know of where a head coach will end up playing his daughter on another high school team. Tonight was one of those events as Bergen Tech took on Fair Lawn. Head Coach of Bergen Tech Matt Kingsley took on his daughter Ashley who is a player at Fair Lawn. Ashley leads the Cutters in kills, digs, and aces. But Dad and the 9-1 Knights took care of business tonight in straight sets. On 10/21, another situation will occur when Wayne Valley faces Jefferson. Wayne Valley’s Head Coach Jason Carcich takes on Jefferson and his daughter Emily. Emily is a premier setter in NJ and has 231 assists thus far plus 32 kills, 36 aces, and over hundred digs. But Wayne Valley is a top 20 team and it should be a stellar match-up as Jefferson is a top 25 team as well. So far now… it’s Dads 1 – Daughters 0. Will check in later this month. Are there any other situations like this in NJ? Give us a shout and a share at njpowerranking@gmail.com. Also check out the article we did on Emily last season at https://njpowerranking.com/2020/09/11/junior-setter-emily-carcich-has-high-expectations-for-falcons/

It was a bloodbath at Brick Memorial (sorry… the old hockey days have an influence on us) as Toms River East invaded Mustangland for a showdown of Shore powers. TRE took the first set 25-23 and the Mustangs fought back to win the second 25-23. This one went right down to the wire in a back and forth battle in the third set before the Raiders pulled away to win 25-22. Megan Currie was sensational for the Raiders as she posted 27 assists, 3 aces, 2 kills, and 5 digs. Rebecca Keith has 9 kills and Melissa Marvinny and Shannon Donaway had 8 kills each. For Memorial, Kate Stoughton was pure fire with 15 kills and 15 digs while adding a block and an ace. Molly Webber, Kamani Nix, and Ella Moore all kept the game tight witch exceptional performances. The Raiders are now 9-1.

#4 East Brunswick eased past Hunterdon Central in straight sets. Paige Anania and Hailey Benesz with 7 kills each for the Bears. EB is also one of 5 teams who have yet to lose a set.

The big HCIAL matchup between Hudson Catholic and Union City was rescheduled to a later date.

Nice contribution from Princeton freshman Lois Matsukawa who posted the best high school game of her young career with 23 assists, 19 digs, 2 kills, a block and an ace. She was literally all over the court today as Princeton held off Hopewell Valley in three sets. Sarah Villamil had 14 aces and 9 aces while Shiffon Qian had 18 digs for the Tigers. Princeton has won 6 in a row and 10 of their last 11.

Westfield rebounded today with a big straight set win over Union Catholic. The Blue Devils had dropped 4 in a row, three of which were top 10 teams in NJ, so let’s not panic. Westfield faces Hudson Catholic tomorrow as they raise their game against some of the best competition in the state. They continue to hone their 6-2 set with Chelsea Duan and Carly Rodrigues each getting 11 assists. Caitlin Cabrales smoked 8 kills for the Blue Devils.

There was a thrilling NJIC matchup of top teams as Emerson Boro faced Cresskill today. Great game from Celine Mallouhi as she toasted 7 kills and a block for Emerson as they squeak past Cresskill 26-24, 25-13. The first set seemed to take the smoke out of the Cougars after a fiery first set. Jacklyn Dunay had 8 kills and 4 digs for the Cavos. Emerson is now 8-3 while Cresskill fell to 7-2 after losing their second straight match after being one of NJ’s unbeaten.

Our “Lock of the Night” is getting a bit out of control. We keep expanding our game selections but have not lost since the Woodbridge Barrons took us down in week 3. For October 5th, we are posting “20” locks of the night hoping to lose at least one game. 20 chances for underdogs to say “What? Lock of the night, Huh… We will show you NJP… Let’s GET’EMMMMMMM!!!!!” Screaming as you run thru the doorway in a frantic crazed frenzy. Then you realize you are still at home in your bedroom and you scared your little brother nearly to death as he spilled his chocolate milk into the laundry basket in the hallway. Stay tuned to the “Tuesday 20” at https://njpowerranking.com/2021/09/10/lock-of-the-night/ What’s next picking 25 Locks of the Night on Wednesday? We shall see…

The NJP Predictor cooled a bit tonight posting a 46-9 record, losing 5 games in three set matches and registering a 84% win ratio so far with a number of games to still report. Here is the season to date recap as of midnight on Monday…

48 Days until the TOC Final!