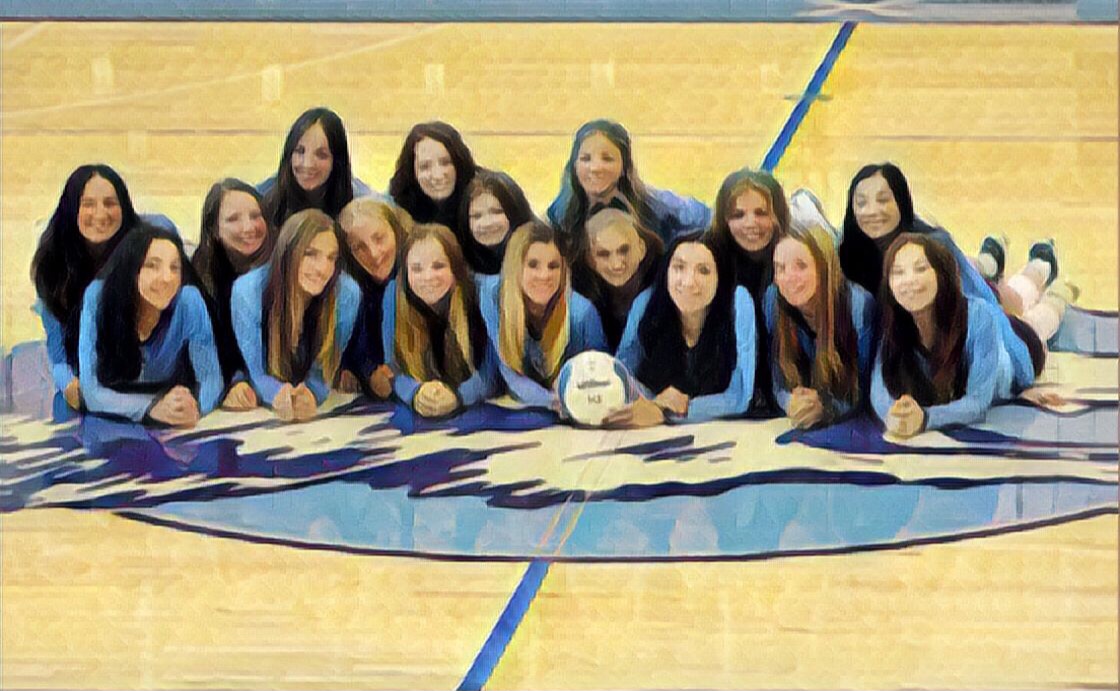 The NJP Predictor continued its assault on picking NJ HS volleyball games on Tuesday posting a 45-3 record thus far for the night and a 94% win percentage. NJP has continued to increase the number of games on the lock of night and selected 20 games on Tuesday to try to motivate the underdogs. But thus far, NJP is 15-0 pending the late scoreboard. So we have upped the ante and rolled out 25 locks for tomorrow. C’mon underdogs!!! You can do it!!! https://njpowerranking.com/2021/09/10/lock-of-the-night/

It may not be volleyball, but it’s true and inspirational…https://www.youtube.com/watch?v=koqQnyGeKbs

Certainly some tough news from Morristown as senior Brooke Atkins is now out for the season with a knee injury. She will have surgery soon to repair an ACL and meniscus tear in her knee sustained in a game 9/22 against Montville. Morristown has rallied behind their senior leader and have a 4 game win streak powered by Brooke’s sisters leading the way, all three of them. Sarah Bogert has been outstanding. We will see where the teams settles as they won their first game of the Morris County tournament. but our heart remains with Brooke for a speedy recovery and rehab over these next months. All the best to you Brooke!!

Make sure to reach out and show Brooke your support at https://www.instagram.com/brookeatkinss/

In some other news on former NJ high school players, Liam Maxwell (Southern Rams 2016) finished in 3rd place at the “AVP America Grass Nationals” Men’s Open Triples division this past weekend in Greenville, SC. Liam partnered with Eddie Moushikian and Will Rodriguez in the event. Liam has received numerous accolades during his college days at D2 Belmont Abbey. Here is an article NJP did on Liam last year… https://njpowerranking.com/2020/03/05/liam-maxwell-a-new-jersey-volleyball-treasure/

What a great job by Ryan Grow of Morris Hills in Scarlet Knights game against Mountain Lakes on Monday. Morris Hills took the first set and Mountain Lakes battled back, dominating set two and taking a 22-11 lead. But it was senior setter Ryan Grow’s turn to serve and she did not disappoint. The senior leader calmly and coolly put up 14 straight service points to close out the Lakers 25-22. She had 5 aces during the streak. Congrats to Ryan on an amazing performance. Take a look at the streak below…

Very nice come from behind victory for Millburn today as they fought back after losing set one to Verona. Sidney Kinsale lifted 22 digs and posted 2 aces while Eva Grise slammed 7 kills for Millburn. Jordan Haas added 6 kills and 3 blocks for the winners.

Northern Burlington improved to 9-5 taking a thrilling three set win over the rising Notre Dame Irish. Julianna Kucowski had 9 kills, 7 digs and 5 aces for NB while the Irish freshman connection Cassady Smith and Maia Cinca each had 8 kills for ND. But the star of the night was Northern Burlington’s Angelique Binns who put back 9 blocks in the three sets while hammering 3 kills. Notre Dame dropped to 6-6.

Hanover Park ran past Villa Walsh in the Morris County Tourney game tonight in a very tight two set victory. Alyssa Pomante and Sophia Fortier each had 5 kills and 3 digs while Kelly Stephen registered 2 blocks and 2 kills for HP. Sheridan Caughey had 6 kills for Villa Walsh.

West Morris Central has an outstanding squad this season but it is not reflective in their record. The Wolves dropped to 3-6 today after losing another tight battle to a top 20 team. WMC’s losses this season are to Mendham, Sparta, Roxbury, North Hunterdon, Ridge, and tonight’s culprit Wayne Valley. It took the 11-2 Indians three sets to get through the Wolves and were powered by a great game by Isabella Isaacson who had 29 assists and 11 digs. Isabelle Borowinski had 13 kills for the winners who also got hearty contributions from Emily Pogorelec (23 digs, 7 kills) and Neary Sofia (5 kills, 2 blocks). Ava Novello had 11 digs, 7 kills, and 3 aces for WMC.

Cresskill crushed Hawthorne Christian today limiting HC to just 21 points in two sets. Jacklyn Dunay had 9 kills for Cresskill and Kristen Lee and Evan Kostylo had 3 each. Angelina Doto has 12 assists while adding 4 digs and 4 aces.

North Hunterdon wore down Ridge in a Skyland Conference battle of top 20 teams. Both teams came into the game with just one loss but Ridge exited with 2 as North Hunterdon just had too much firepower today. Emily Wolters had 23 assists, 9 digs, and 5 kills as she continues to show she is one of NJ’s premier setters. Tori Kuo and Elise Oertel each had 8 kills and Emma Murry added 7. The Lions improved to 15-1 while the Red Devils dropped to 10-2.

Southern ripped TRE in the big shore match today. TRE could not get their rhythm on the attack and Southern pulled away in both sets handing the Raiders their second loss of the year. Junior Amanda Floystad stepped into the setter role today for the Rams and was stellar with 16 assists, 6 digs and a block. Jordyn Hamlin had 8 kills for SRHS.

Remember to send your County tournament grids when you get them…

Morris County tourney is underway and after this Saturday the field will be narrowed to 8. There will be plenty of opportunity to prevent a Roxbury vs Mendham final but NJP still expects that to happen on 10-30.

How about some feedback on the NJP website? Send any and all comments to njpowerranking@gmail.com. Would love to hear from you.