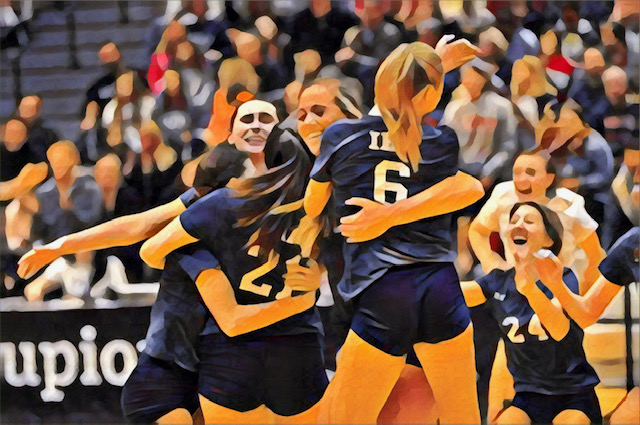 Ranking #8 has been published below for the NJ high school girl’s volleyball season through 10/31/21.

The rating algorithm has reinserted Immaculate Heart Academy as the #1 team in NJ. The top three remain in a virtual dead heat as far as rating points go. Undefeated Williamstown remains in the #2 spot but is just hundredths of a points away from the top. Demarest’s first loss has dropped them to #3 but they are just fractions of a rating point away as well. This trilogy has dominated all season and are just too close to distinguish as far as rating points go.

Remember, the rating formula is based on an entire season’s resume. It does weight recent trends and state playoff games higher than regular season games.

Only three unbeaten team remain in NJ. Williamstown at 30-0, East Brunswick at 21-0, and Kent Place at 20-0. Demarest, Hudson Catholic, MKA and Mainland all fell this past week.

Here are the top 15 teams based on schedule strength this year. It explains why West Morris is expected to do so well in the playoff grid despite their record. It also explains Old Tappan being in the top 20. IHA is #27 on the list. Williamstown is at 18.7 which is the reason they are not put into the #1 spot by the algorithm.