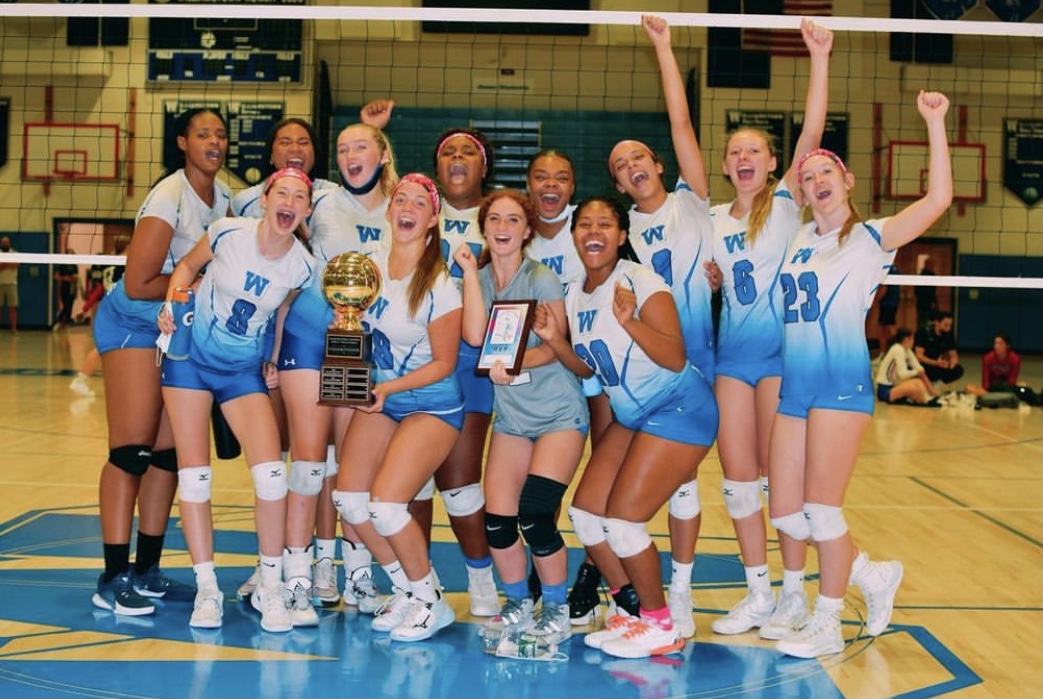 Here are the Group 4 matchups…

Ridgewood is 23-2. They lost opening day to #1 IHA, and then basically ran the table with one exception, a 3 set loss to Old Tappan in game 8. The currently have a 17 game win streak. They have signature wins over Demarest, Bogota, Northern Highlands, Bergen Tech, Paramus, Ramsey, and Pascack Valley.

Ridgewood boasts having the #1 player in the state per the NJP player rater in outside Annabelle He. They also have the #2 player in NJ in setter Cammi Quirk.

Clifton kicked off the year with a thrilling three set win over Old Tappan on opening day, fending off 4 match points in the third set to set the tone for their successful season. The Mustangs have only lost to one team this year, albeit twice to Wayne Valley. They have signature wins over Old Tappan, Fair Lawn, Bergen Tech, MSDA, Columbia, and Morristown. We would have loved to see them step out and up on their schedule as their opponent strength is just 18 for the Fall.

Kate Louer is just a great volleyball player. She has been a workhorse for the Mustangs all season as well as throughout her four years at varsity. The large majority of the roster are seniors and have been playing together for years. Morgan Lesler ( a transfer from DePaul for last year) is one exception and also one exceptional setter. She has tallied well over 500 assists and is in the top of the state in that category. Libero Jenna Joyce has been an ace on the back line as well as the service line. Louer and Tamara Vasquez carry the majority of the load on the attack but Jess Pawlick, Amra Lukovic, and Mary Davey all crash the kill party.

We favor Ridgewood to bring home the hardware in this matchup.

Ridge has stayed close to home with their schedule this season, mixing in a few NJAC opponents to go with their Skyland league schedule. They have breezed through most of their schedule and rarely have gone to three sets in their wins. They have won 20 of 24 matches with losses to North Hunterdon in 3 sets early in the season and 2 sets mid-season and two three set matches to Watchung Hills and Hunterdon Central. They have signature wins against WMC, Madison, Mount St. Mary, Union City, Hunterdon Central, BR, Delaware Valley and Millburn.

Ridge has inserted many players into games this season, probably more than any other team in NJ. Chelsea Tancredi is this teams senior leader on the attack and is ranked #38 in well over 3,000 varsity players in the NJP player rater. Setter Ryan Ganny is right behind her at #56 and has a great senior season with almost 400 assists, 97 digs, 38 aces, and 9 blocks. Sophia Meltzer has been a great digger this season and Carly Cambria, Jo Peacock, Taylor McLachan, and Amanda Cinelli have all made contributions toward the teams success.

Westfield was 6-5 at one point this season and had just come off a 4 game losing streak at the beginning of October. The teams they lost to during that stretch of the season were North Hunterdon, Kent Place, and Williamstown so you take it with a grain of salt. Since that time, they are 10-1 and playing solid volleyball. They have beaten Governor Livingston, Hudson Catholic, Hunterdon Central, Livingston, BR, and Union Catholic.

The 5 C’s have been standouts this season for Westfield. Chloe Wiedman, Chloe Kreusser, and Caitlin Cabrales have controlled the attack points being fed from a 6-2 strategy and setters Chelsea Duan and Carly Rodrigues. Taylor Addis and Jess Currie have been strong support on the attack and Olivia Bryan and Allison DiFalco have worked the defensive scheme. The Blue Devils are a strong and deep team and can not be taken lightly by any opponents in the Top 25.

This is a real tough game to call as both teams are very even by rating. Westfield has played a slightly stronger schedule and Ridge has a slightly higher point differential per game. The margin on this one is razor thin and it indicates a likely three set match.

Westfield gets a slight nod but this should be an GREAT match!!!

East Brunswick has had a prolific season and is one of three unbeaten teams entering the sectional finals. They have lost just three sets all year and currently sit at 23-0. They have beaten Old Bridge three times this season and will need #4 to take home a sectional championship trophy. They have many solid wins including Southern, JP Stevens, WWPS, BR, Colonia, Hunterdon Central, and Iselin Kennedy. Of course, we would have liked to see them against a top 20 team this season so we don’t really know how good they are when faced with adversity. They could be the best team in the state. Or they could falter if they find themselves in a position where they fall behind on unfamiliar ground.

The big 3 for East Brunswick are seniors Paige Anania, setter Ysabella Sapienza, and star beach player Hailey Benesz who does pretty amazing on the hard court as well. This trilogy are all top players in NJ and their ratings show it. The have been an unstoppable trio this season and are GREAT at all aspects of their games.

Old Bridge has benefited from Andrew Hopman’s expertise at head coach this season and after an 0-3 start have meshed and have won 19 of 23 matches. Almost half their losses have been to East Brunswick this season. They have nice wins over BR, St. Thomas Aquinas, Washington Township, Brick Memorial, Mother Seton, and defeated Hunterdon Central in their last game to get to the final.

Juniors Leena Tran and Malvina Sullivan have really stepped up and handle the majority of the attack. They are star players and will be a focal point for the Knights chances to upset the Bears. Lillian Adelfio is really scrappy and a standout behind the 10 foot line.

East Brunswick is a solid favorite to bring home the sectional title on Tuesday. NJP favors them by 7 point per set in the rating algorithm. This scenario usually provide a winner at a rate of 99%+. But Coach Hopman has been in this position before and has won three straight NJ state championships with the boys team, and may have something up his sleeve for this game. We shall see.

NJP expects the Bears to have a solid win.

Southern has had an unusual up and down season but appear to have worked through their rough patches and are ready to roll for the playoffs. Despite having started the season 2-5, they have been in sync these past three weeks and despite a few more losses, took Donovan Catholic to three, East Brunswick to three, and Vianney to three. We know how hard it is to win in their building but this game will be hosted ny Williamstown. The Rams last 6 losses have been on the road.

Southern has 5 players in the 90th percentile in the NJP player rater. The Rams are one of the most disciplined teams in the state, are well coached, and handle all the fundamentals, especially at this time of the year. Sophomore Jordyn Hamlin and senior Hailea Krause are a dynamic duo with both players putting up huge numbers for kills, digs, and aces. Sophomore Molly Regulski stepped in as the Rams full time setter this season and has done a really amazing job after working through the transition. Middles Corinne Hughes and Sam Hanneman are solid as another option for Regulski. Senior Brianna Otto has been super scrappy and incredibly effective on the back line.

Williamstown is 32-0 and has the best record in NJ high school volleyball. Their signature wins are against St. John Vianney, Southern, Gloucester Tech, North Hunterdon, Westfield, Pinelands, Monroe, WWPS, Washington Township, and Shawnee. They have defeated every team put before them and are one of three teams entering the state tournament without a loss.

Sophomore Dajah Williams broke out this season and currently has 234 kills, 17 blocks, and 29 aces for the Braves. Mia Owens has owned the back line and defense and the junior has put up 70 aces in her junior year. Julia Schwab can top that with 83 aces on the season. The junior outside has been outstanding all tear long with 146 kills and 160 digs. Junior standout Joanna Andrews has set the table for all of the Braves weapons on offense including middle Jasmine Rolle who has 93 kills and Melissa Anacious who has posted 120 kills. Both these middles have combined for 63 blocks on the season. Senior Rileigh Leighton jumps into the fun as well and has logged 56 kills, 55 digs, and 46 aces. This team has a ton of talent returning next season and should be in a similiar position next season for great success.

Both these two teams are seasoned veterans and relish the spotlight in these big games. Southern is one of the best defensive teams in the state with 15 digs per set. Williamstown is one of the best teams in the state on the service line. NJP has this as a 4 point per set favoring Williamstown. Dubtown has so many weapons on the attack, it’s going to be very tough for the Rams to keep pace.

NJP expects a close match but Williamstown to prevail.