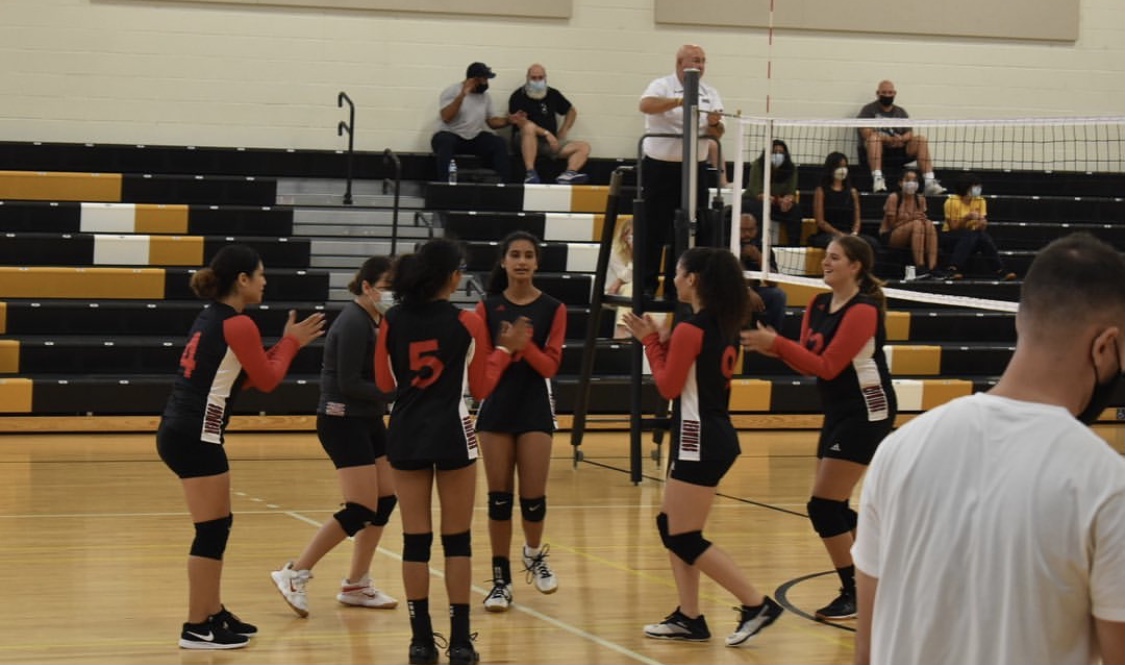 There is nothing that most New Jerseyans love more than a Cinderella or underdog story. We had quite a few this season but none better than the Hoboken Redwings.

We sat down with Head Coach Felipe Fernandes to talk about the recently concluded Fall season as well as some of the behind the scenes happenings that contributed to the teams turnaround. Coach was at no loss for words and was still flying high reflecting on all of the girls accomplishments. Coach Fernandes joined Hoboken as Head Coach this season and his assistant, Jacob Faura had been part of the program for the past six years. Jacob has been an assistant coach for the college program at NJCU as well.

“This was my first year taking over the program but I served as an assistant coach for 2 years with the girls team in Harrison before taking the head coaching job in Hoboken.” said Fernandes. “I owe a lot of credit to Coach Sabia, Coach Landy, and Harrison girls head coach Jackie Finnegan for serving as mentors and helping me become a better coach during my time there. I also want to give a special shout out to Hoboken high school AD Jack Baker and our equipment manager Angela Moret as well, who supported and provided us with whatever we needed throughout the season” Felipe added.

We asked Coach how he got started and what his strategy was in his new role. He shared “Going into the season, I did not know what to expect at all and I didn’t know much about the team either other than the fact that Hoboken isn’t really known for Volleyball and that the girls team had only won 1 game in the last 2 years, so I knew I was going to have my hands full right from the beginning. Their best season in school history came in 2018 when they finished 8-11. I wanted to take advantage of the time we had before preseason by holding open gyms so I could get to know the girls and help prepare them for the preseason.”

There was no doubt that the Redwings had some rising talent on the Fall team but it was an influx of new talent that certainly aided their success and took some of the their weak points and made them strengths. “We had a decent core of seniors coming into the season with our 2 middles Emily Jacobelli and Sophia Boyajian, and Libero Emelie Ayala but the biggest and most pleasant surprise came from our freshmen duo Madison and Morgan Walia-Peters. Coach Faura and myself knew that no matter how we did in the season, with the twins, we would have a solid foundation to build around for the next couple of years. And then 2 weeks into the preseason, we were informed about another Hoboken kid, Stella Jacey, that was interested in joining the team as a libero with club experience at Brooklyn Elite as well. To have not 1, not 2, but 3 girls coming in as high school freshmen with club experience that play pivotal positions (Setter, Outside, & Libero), it’s truly a coach’s dream.”

When a new Coach steps in, it represents a chance to bring a rejuvenated spirit as well as a new philosophy that starts from the top down. Coach told us “My biggest goal going into the season was to change the culture within the team and have the girls develop a winners mentality. My motto since day 1 was “Better than Yesterday” and I stressed the importance of knowing that no matter how you do in a practice or in a game, as long as you end the day even 1% better than you were the day before, that’s still an improvement. The girls bought into my vision from day 1 and that contributed to most of our success the entire season.”

In life, those that adapt to change the best will normally be the most successful. Positive changes are usually the easiest to embrace and there were a number of new things happening with Hoboken Volleyball that created a swirl of positivity and momentum. “The girls were exposed to a lot of things this year that they were not used to in previous seasons, such as in season tournaments, winning streaks, playing against some really talented programs that the state has to offer, and then ultimately culminating with a trip to the sectional final in the state tournament, something that I could’ve never predicted at the beginning of the season” coach said.

And indeed, the program was successful. A twelve win season after no wins this Spring is an amazing accomplishment. Hoboken won the HCIAL National Division title as well as earning a trip to the State Group Championship game in November. With Hudson County on the rise, having two teams in the NJP top 25 for most of the season in Hudson Catholic and Union City as well as teams that continue to improve year to year like Ferris and Harrison, the step forward this year will set up the program to continue to thrive with competitive matches in the future.

Coach agreed with that sentiment telling us “From start to finish, through the ups and downs, I couldn’t have asked for a more special group of young ladies and I am extremely proud and humble to have gotten the opportunity to coach them in my first year at Hoboken. I am looking forward to building on our success this season and I hope that Hoboken will continue to make some noise for many years to come when it comes to Volleyball!”

Congrats to Coach Fernandes and Coach Faura as well as every member of the Redwings squad….