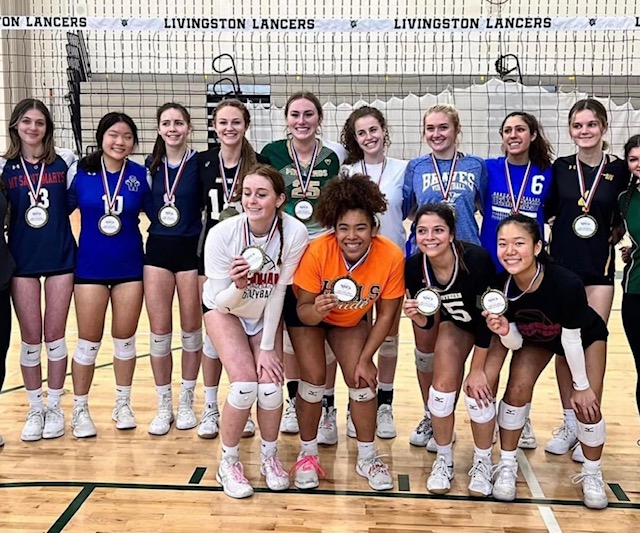 This past weekend, 4 groups of hand selected high school senior volleyball players came together for the senior all-star game at Livingston high school. A collection of 52 girls from various parts of the state gathered to have a final showcase of their high school talents. Many will be going on to play at the college level in both hard court and beach and represent some of the top talent in New Jersey.

These games are usually emotional games as well as displays of sisterhood as many rival team members mesh together for the festivities. For some of the players, it will be the last time they play competitively. So many of the girls play together or know each other from club volleyball activities it becomes an event filled with respect, admiration, as well as good times and positive reflections. And of course fierce competition.

The four teams were equally divided and given team names Alpha, Bravo, Charlie, and Delta using military call signals for A through D. Unbeknownst to NJP, team Charlie ran under a different persona and chose to call themselves “Team Gary” after NJP’s lead webmaster. We received several texts and dm’s when the games concluded from players on the squad who said they used the name for inspiration. We have had an outstanding rapport with most of the players on team “Gary” throughout their high school careers. We have done one on one interview and player profiles for six players on the team and have certainly chatted with most of the other players. We feel very honored to know all of these players. And even more honored that this group chose to use our name.

And like the typical movie script, this group earned the victory for the All-Star tournament, much like the team USA hockey team in the movie “Miracle” or the Hickory Huskers in the movie “Hoosiers”.

Congrats to the winning players on “Team Gary”:

We would also like to recognize the other players selected on the 3 other teams: