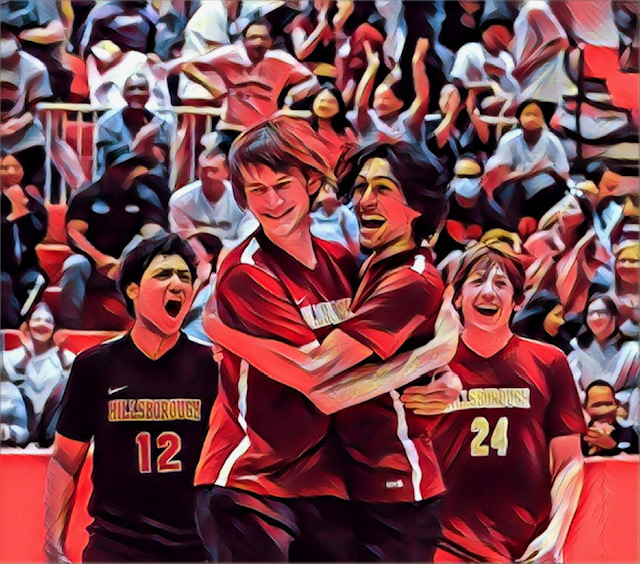 State Playoffs are here! Monday kicks off Round 1 with Round 2 on Tuesday and Quarter-finals on Thursday. So we will be down to the Final 4 in each sectional by the end of the week. BAM-BAM… things will move very fast from this point and more and more teams will end their season this week in the single elimination tournament.

Who will make the final 16? Well, that’s anyone’s guess, but we will give it a try tonight… Let’s take a look at each of the sectionals…

Here are game predictions for the North 1 sectional for Monday, May 23.


North 1 features Fair Lawn and Livingston as the top 2 seeds and some very solid teams that can compete for a sectional title including Jefferson, Bergenfield, Lakeland, Vernon and Bosco. Fair Lawn ends up with a very tough draw despite being the top seed. They have Vernon, and the Bergenfield/Jefferson winner on their projected road to the finals. Yes, Fair Lawn has a bunch of losses. But the Cutters are a perennial power and will always be functioning at maximum performance come playoff time.

Livingston has the honor of facing Bergen Tech, DBP/Teaneck, and then probably Lakeland in their road. Not so easy either. Livingston may be a prime candidate for upset despite a really outstanding year. Chris Lynum finishes off a fantastic high school career for the Lancers who have solid talent and some nice wins to go with their SEC championship. Lynum should surpass the 500 kill mark in his three season. We have found that defense is the key ingredient for state championships and Livingston has one of the lowest dig/set ratio’s in the section. Here are our final 4 that we expect to advance in North 1:

Here are game predictions for North 2 for Monday:


It will be very shocking if SPF does not end up winning this sectional. That have just one loss and that was a three set thriller to unbeaten #1 Southern. The Raiders do so many things well. Nick Schmidt quarterbacks a team with many weapons. Ennis, Zimmerman, and Johnson on the attack and tremendous support from Zach Chung on the back line. They are a NJ elite team and are at least 5 rating points up on every team in the section.

Can Union keep enough momentum with their long standing rivalry to stay with them? We think it will be tough for them despite the Farmers having solid talent. Hudson County Champ Kearny is still licking their wounds after getting a three seed in the section despite going 19-2 by the cutoff. Union will need to get through a strong Bayonne team with D1 commit Alex Zinkevich as well as NJP player rater leader Alex Casais. Pat Longo will have her squad fine tuned. Ridge is also in the grid and is well known for end of year prowess. Here are our final 4 in North 2:

Here are game predictions for Central for Monday:


The Central is just so deep with many of the top 20 teams in the state. St. Joe’s Metuchen has had one of their best season in the last decade and have a deep team both offensively and defensively. The Falcons earn the #1 seed and the 3 time champion Old Bridge Knights get #2. NJP has two clear next choices for the semi-finals with CBA and Hillsborough. There are many super strong teams in this grid but these 4 teams are clearly ahead of the rest of the field.

If these 4 teams make it to the final 4, we will be truly blessed to see some amazing matchups. CBA going into St. Joe’s Metuchen will be a beauty and Hillsborough having to visit Old Bridge will be a huge challenge for an outstanding Raiders team. Once the laser light show starts and the fans erupt, it can be one of the most intimidating gyms in NJ.

Here is our final 4 for Central:

Here are game predictions for South for Monday:


Rams are known for their hard heads and striking down their adversaries with relentless pounding. It’s a great description of what the Southern Rams season has been like. Southern remains undefeated and is the team to beat in the overall state playoffs. And yes, they have already beaten all the top teams… Old Bridge twice, St. Joe’s twice, SPF, Fair Lawn twice, CBA, Livingston, Howell, Hunterdon and the rest of the shore. If they lose this sectional, it would be one of the biggest upsets of all time. They are 10 rating points better than any other team in the grid. The NJP rating system has Manchester as the second highest rated team and Southern could meet them in their first game as Manchester only took the #9 seed.

NJP sees the south as a wide open bracket with the exception of Southern at the top. Here is our predicted Final 4:

We will be updating our predictions each night throughout the state playoffs and providing more analysis for every match up in the quarter-finals and beyond, so stay tuned. Please send all questions and comments to njpowerranking@gmail.com.