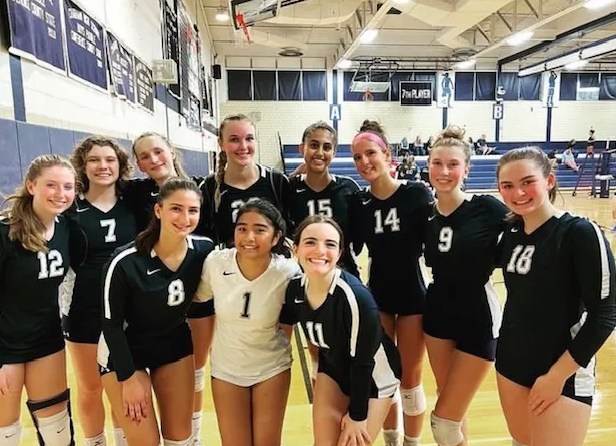 Lots of tournaments today and we have some scattered information received thus far. Check it out below and help us fill in some of the blanks if you can.

Big 5 match in South Jersey today as Williamstown, Vianney, Southern, North Hunterdon, and Cherokee got together to show off their early season prowess and establish some hierarchy in the upcoming computer ranking tomorrow. The big winner on the day was…. drum roll please….. The Southern Rams. The Rams were 3-0, beating Cherokee, North Hunterdon, and last years Champs Williamstown. The Braves outscored the Rams for the match but the Rams prevailed 25-23, 7-25, 25-19 to improve to 6-0.

Williamstown was 2-1 with wins over Vianney and Cherokee. North Hunterdon finished 1-1 and Vianney was 1-2. Cherokee dropped all three on their schedule today.

Tenafly continued its winning way today with a smoldering straight set win over Dwight-Englewood. The Tigers are 4-0.

Congratulations to Clare Farrell (2024) from the Academy of Saint Elizabeth. Clare recorded her 300th career kill on September 14 at Hackettstown.

Second Saturday of these season means more tournament action. Make sure to reach out to us with all the details of your tournament. Here is what we have so far… help us fill in the blanks… DM us or email njpowerranking@gmail.com

Tomorrow, our first computer ranking as we set the algorithm loose after week 1 !!! And much more… Stay tuned.