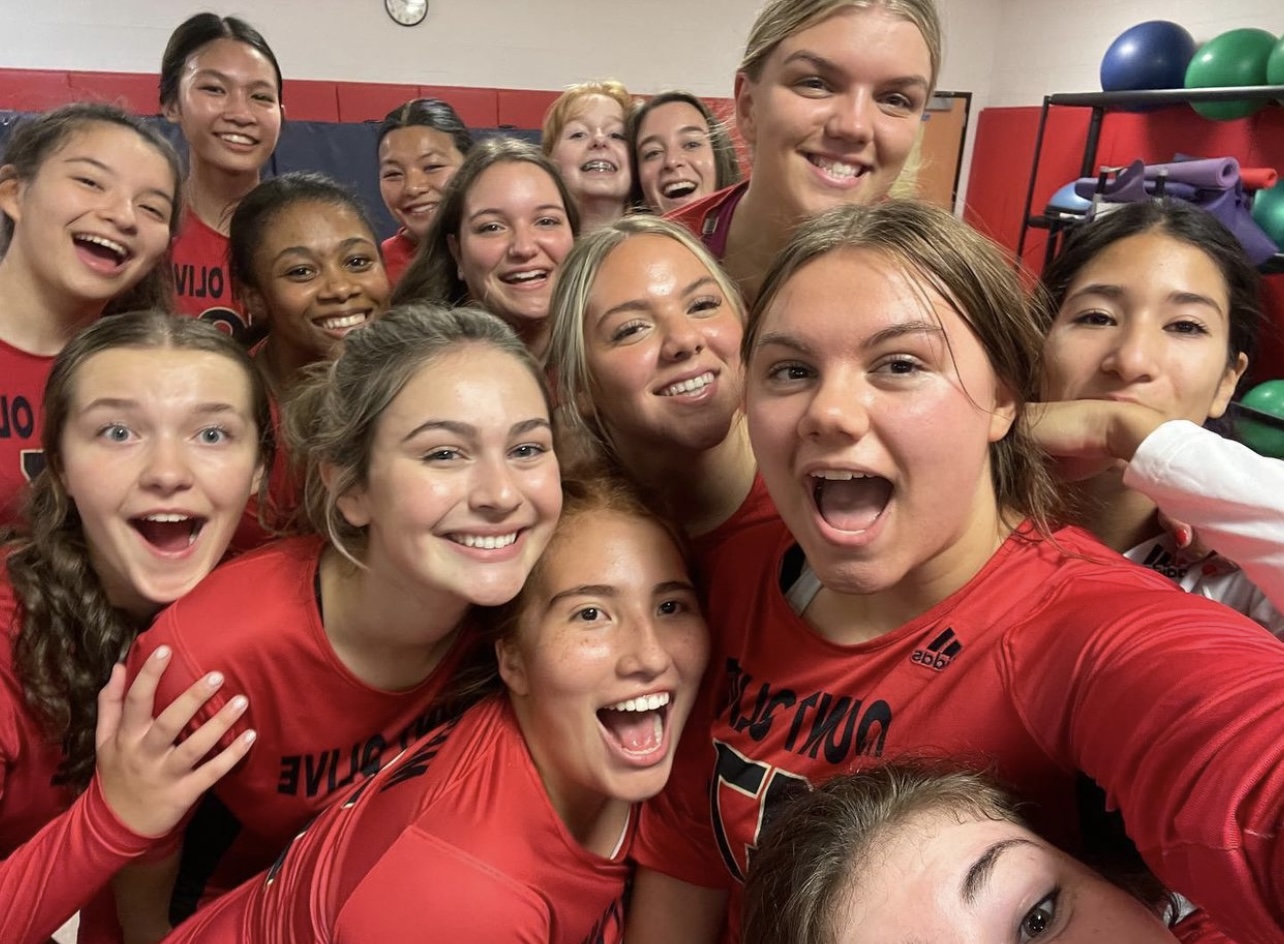 OK… you got us. We fell asleep at the wheel and didn’t get through everything we wanted to cover last night. So let’s jump right in. Stay tuned as we will be updating the blog all evening…

Such a great schedule tonight. Love seeing the parity among teams…

Donovan was up to the task tonight, going into Pinelands to face the undefeated Wildcats. The Griffins improved to 7-0 with a straight set win. DC surviving the test as they make their case for the best team at the shore. The Southern Rams may have something to say about that. Those teams match up on 10/18 but there is also a return Pinelands/Donovan match on 10/13, this time in Toms River.

IHA continues to thrive as the season progresses. Last weekend they knocked off the number 1 team in PA, Parkland, in preliminary play and then lost a heart-breaker to Pope John Paul, the #5 team in PA. Tonight they dropped Ramapo in straight sets powered by Brookelyn Talmadge’s 11 kills and 3 blocks, 27 assists from Kalena Stavish, and some excellent serving from Bryana Saenz. With a new computer ranking out this weekend, we will see if the Blue Eagles can hold their top spot.

East Brunswick and Colts Neck got together in a non-league match-up of undefeated teams. we expected the match to be very close, and it was, but the Cougars ended with a straight set win over the Bears. Colts Neck is now 8-0 and may not get a big challenge on their current schedule until the end of October when they face TRS. This was an impressive win.

Courtney Currier with another great performance for Ramsey today as she spread 26 assists and led the Rams to a straight set win over Fort Lee. Ava Monte led the Rams with 10 kills.

Old Bridge remains undefeated as they head into their big league game with East Brunswick next week. The 7-0 Knights took it to JP Stevens led by Leena Tran who had 6 aces, 5 kills, and 5 digs and Malvina Sullivan who posted 6 kills and a block. Julia Mikucki had 16 assists and 3 digs for the Knights.

Kent Place, who has struggled a but this season after being an absolute power in 2021, got a huge victory over young Union Catholic in the gritty UCC. Lauren Osuala was at the top of her game tonight, carrying the offensive load with 20 kills. Alex Grinnis dug 19 and Margeaux Morial had 17 assists and 8 digs for the Dragons shown below post game.

Verona made quick work of the Samiyah-less MKA Cougars. The Hillbillies took advantage and blew-out MKA, limiting them to just 12 in the second set. MKA is now 6-2 and Verona improved to 6-3 in a very tight SEC with both of these teams chasing undefeated Livingston.

NJP’s Top 10 North Jersey teams Bogota, River Dell, and Tenafly all came away with straight set wins. Bogota is now 8-0, River Dell is 7-0, and Tenafly is 7-0 as well. These are all power teams that we expect will remain in the NJP computer ranking top 10 this weekend.

Mount Olive slipped past Randolph in a close two set match. Success on the service line helped the Marauders as they notched 11 aces, 4 each from Mishka Fernandez and Rose Ceralli. Olive improved to 4-4.

Linden and Union battled to three sets today but Union got the upper hand in set three and never looked back for the win. The Tigers have been decimated by injuries so far but you may seem them return to prominence come state playoff time. Ezinne Amadi had 14 kills and 2 blocks for the Farmers. Jeanine Castro is creeping up on 500 digs for her career so stay tuned for that.

Williamstown flexed their south jersey muscles today and put down a really convincing victory over a very good WWPS squad. Joanna Andrews spread the offense so effectively with 6 Braves getting multiple kills. Dajah Williams, Julia Schwab, and Melissa Anacious led the attack and Mia Owens had her usual stellar performance on the D-line with 8 digs. Schwab also added 6 aces in the win.

Central Regional put up a great fight today at home vs. Brick Township with the third set settling at 25-22, but it was the 6-2 Dragons who got out with the victory. Brick has a had a great season thus far, opening with 5 straight wins before running into East and North teams from Toms River. But they get back in the win column following their first two losses. They play Southern next on Tuesday in Manahawkin.

We posted our mini ranking from last weekends first computer ranking of the season on Instagram and got quite a response as our most viewed and liked post this season. We condense the top 30 into one square photo that looks like this…

We may try some other types of types of communication in this format… stay tuned.

Winslow has had a good start and was our pick to win the Olympic National. 6’2″ Cammora Robinson has been the teams go-to. leading the team in kills and blocks. Winslow ran into Camden today and were upended in straight sets. It was Camden’s first win in the Olympic and maybe a sign of something starting for the high school volleyball team in the City next to Philly.

Bernards picked up their first win of the season today when they visited Bound Brook. It was a close match but went in straight sets in favor of the Mountaineers.

New Providence had an impressive straight set win over Oak Knoll today. Senior setter Olivia Catalano had 16 assists as well as 4 aces in the win. Sarah Vergura, Dinara Sheridan and Olivia Mulqueen had 5 kills each for the winners.

Wood-Ridge edged Elmwood Park in an NJIC contest that resulted in both teams ending with records of 4-4. Ava Gravina and Gianna Pasquinucci notched 4 kills each and Brielle Rivera slammed two aces in the win.

Roselle outlasted Hillside for their second win of the season. Nine aces from Brianna Hannah led the way for the Rams. Candace Heron had 9 aces and a block for Roselle.

Highland Park improved to 3-2 with a three set win over Perth Amboy. Flor Quesada had 5 kills, 3 aces, and 11 digs. Vanessa Kohler had 3 aces and Zina Boroday added 11 assists for the Owls.

South River improved to 4-3 with a solid win over New Brunswick today. Brittany Baber was on fire as she slammed 5 aces and notched 3 kills in the victory. Bianka Ramirez and Ariadna Troncoso had 4 kills each and Leigha Borusovic posted 4 aces. The Rams are having their best season in their short 4-year history and have now won 4 in a row after losing their first three games.