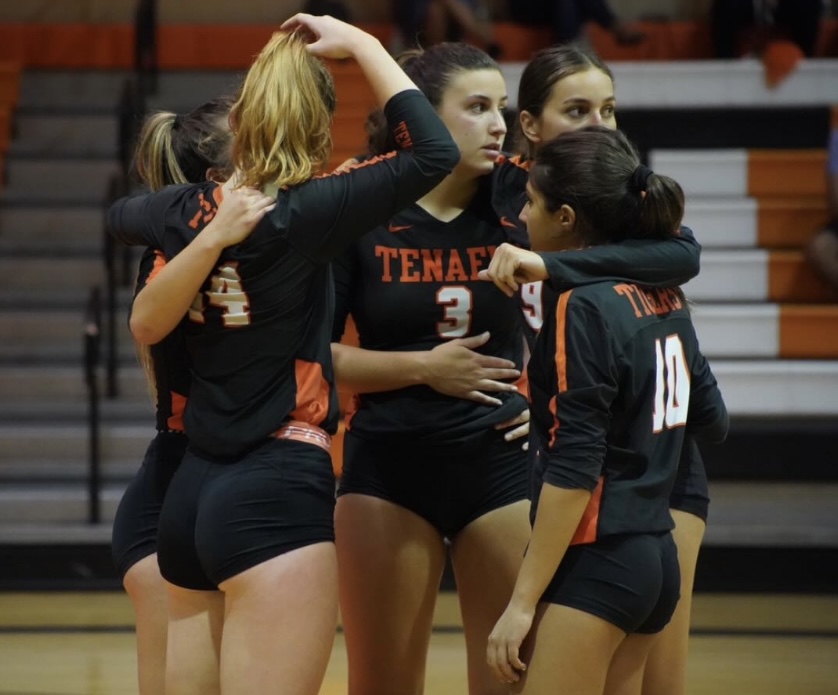 The NJP Predictor has started off the night losing 3 games already. May be a tough one. If you see an analytically focused man crying on the side of the road, it’s probably NJP. You can track progress at https://njpowerranking.com/2022/10/14/njp-predictor-10-14

MIDNIGHT UPDATE: A streaking Predictor comes back to sport a 41-3 record currently with a dozen or so games yet to report… Nice Comeback NJP!!! 93.1%

Many of the games completed today were not even on the master schedule so it will probably be a much bigger schedule than anticipated. This always happens when tourney games arrive and other games are canceled out to give priority to the county games.

Immaculate Heart Academy was dominant today as they limited DePaul to just 6 total points. They rolled the entire roster during the win. DePaul is in a rebuild year which is never a good time to run into the freight train that is IHA. We expect them to again be the NJP clear #1 when Sunday’s updated rankings come out.

Hackensack dumped Northern Highlands in a big upset today. It was 2016 when the Comets last took down the Highlanders. Highlands dominated the first set but it was Hackensack hard charging at the end as they took the last two sets for the win. Well done Comets!

Five kills from Hailey O’Neill and Paulina Flores dug 18 as Brick Township slipped by Toms River North in their Shore Tourney match. Brick now gets the opportunity to take on the undefeated Southern Rams.

Rumson Fair Haven stayed red-hot as they won their 11th in a row by beating down Marlboro in the Shore Tournament second round. RFH is now 14-5 and will face Colts Neck on Tuesday in quarters. This will be a great matchup and it will take a strong team to take down the Bulldogs the way they are playing. They are King of the streaks this season after opening with 3 wins, then losing 5 in a row, and now trying to extend their 11 game win streak.

The top seed in the MCT West Morris Central got 8 kills and 10 digs from Ava Novello as they dominate Kinnelon in straight sets to advance. The Wolfpack posted 8 aces in their win.

Lots of other county tournaments are underway. We will be covering each in sections below….

Livingston will be a clear favorite to reach the final 4 in the tourney. It’s pretty clear from the ratings that the likely matchup to determine who plays Livingston in the final 4 will be MSDA vs Newark Academy. NJP had both these teams in their preseason Top 20. On the other side of the grid, it will take a major upset to not have MKA vs Verona in the other side of the final 4. NJP favors a Livingston vs Verona finale but we have a lot of volleyball to play before the finals occur on October 22 at Livingston.

There are 4 great matchups tomorrow at Old Tappan high school as the Bergen County tournament is down to 8 teams. All eight top seeds have made their way through to the quarter-finals leaving some amazing competition.

Having the 8 seed is sort of like being given the kiss of death in this tournament by having to play the #1 seed early. But Old Tappan has a rich tradition of excellence and a ton of experience of having big games with IHA. Immaculate Heart is determined to return to their NJ dominance this season and we see the OT game as another stepping stone to prove their greatness. IHA 2-0.

Bergen Tech against Tenafly is our favorite match of the day. Both teams have had absolutely fantastic season thus far. Each have been marred by just one loss. At 18-1, Tech has lost just three sets this Fall. 15-1 Tenafly has dropped just 4 sets all season and have played a tougher schedule based on the NJP strength of schedule analysis. This one seems destined for three sets with both teams going down to the wire but we give the slightest edge to Tenafly.

Fair Lawn and River Dell enter the quarters with one loss each as well. The Cutters are 16-1 with their only blemish in a loss to IHA. River Dell was cruising through the season and had not lost a set before being taken out in straight sets to Tenafly this past week. River Dell has faced a slightly tougher schedule and NJP feels the IHA game that Fair Lawn was not really competitive sets the tone for a RD win in a very close contest. Home advantage might give either the nod here but the neutral grounds has RD favored.

Demarest vs Bogota is another interesting rivalry of perennial championship programs. Demarest has relied on junior Taylor Miller like Bogota has relied on Ashanna Caviness to launch their attack. It appears this season that Bogota is a bit deeper in the rest of the lineup and should prevail in a contest that can certainly go three sets. Bogota has exhibited a huge talent level even after losing last years standout Gyanna Hernandez who did not play her senior campaign.

In a short list of participants, there is no doubt that the two favorites, Washington Township and Williamstown will face each other on tournament day. Both get buys into the final 4 and are highly favored to meet for the championship. Williamstown appears to be a different team and have the revved up the Braves engine during their current 7 game win streak. This tourney is still a week away but we give the slightest edge to Williamstown to avenge the 2 losses sustained to WT during this season.

Tournament time usually means at least a few upsets that nobody saw coming. Emotion and energy levels are always high producing some great volleyball and certainly some surprises. According to the math, this is a three team race in West Jersey triple conference. Sparta is a clear favorite as they are still one of the NJ elite with zero losses on the season. Hunterdon Central and North Hunterdon appear destined to matchup once again in the semi-final. These teams have split their two matches thus far with North taking the early season match and Central taking the follow-up match from last week. Plenty of big matches Saturday and next week before Championship night so we will hold our pick until those play out. North Hunterdon (10-7) has not had 7 losses in a season since 2017.