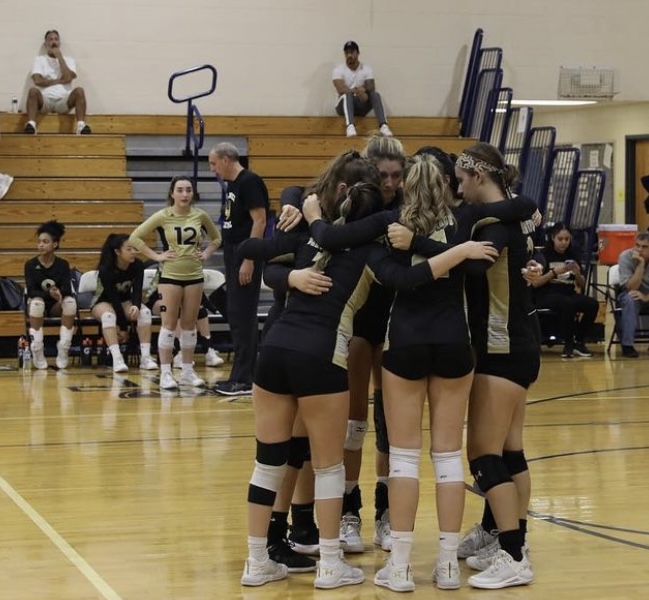 Blog in progress… updates will continue until 1AM…

More tournament analysis below as we start to prepare for our big data launch tomorrow with fresh rankings, ratings, analytical standings, player rater, and much more… some of today’s matches certainly will influence the placement by the NJP algorithm for our top 50 and more.

This time of year is always bitter sweet. Like most senior nights, there is a recognition and appreciation for those who have accomplished so much during their time playing in high school and in youth club programs. But it’s also the reality that careers may be coming to an end soon. Many NJ high school players (roughly 94%) will not be continuing playing volleyball at the collegiate level. For those that plan to continue at the NCAA or NAIA level, they still get to dream about playing for a championship team or making a contribution to a new teams success. For some, they will play at the club level once in college and continue feeding their competitive spirit as they progress academically. There are “tons” of colleges that provide this opportunity. Don’t miss out on it. But for most, the thrill of the game they love may be put on the side for now as their lives rev up in other directions. But the game will always live in their hearts. And they will get the same feeling at some point in the future. Year may pass but there will come a time when their daughter will ask them to “pepper” in the driveway and the emotion will return in waves. Believe it or not, you will get just as much enjoyment watching your kids play the way you did. But always make sure to make it fun for them so they want to keep playing as long as possible.

For parents reading our blog, you know the satisfaction of watching your kids play and compete at any level. For those parents of high school seniors… keep the faith. It’s never over. That’s why we get an amazing gift as we get older… grandchildren. And the circle of life continues… Volleyball is life… Now and forever.

Some comments are noted below under county tournaments…

Southern with another 3 big wins in a Saturday quad, this time against Hunterdon Central, St. Thomas Aquinas, and Monroe. Monroe and STA went down in straight sets but Hunterdon Central kept up with their undefeated foes the entire way before dropping the third set 25-23. Jordyn Hamlin and Sarah Capone drove the attack today, especially against HC where they combined for 23 kills. Junior Molly Regulski had 81 assists for the day as she is quickly approaching 500 for the season and 1,000 for her career. Hamlin broke the 200 mark for kills this season today. The junior is vastly approaching 500 kills as well as 500 digs and 100 aces for her high school career. Quite a player. Southern is now 23-0. Coach Eric Maxwell came through the spring boys regular season for Southern undefeated as well. What an amazing year for Rams volleyball and the best may be best to come.

Paul VI remained unscathed on the season as they win both ends of a Saturday tri-match. Gloucester tech was their first victim and then they squared off against Washington Township who is certainly considered one of the NJ elite teams after dropping Williamstown twice this season and winning the Tri-County in their first season is the conference. The match lived up to the billing as the Eagles took down Township in straight sets but both were very even and the second set ended 29-27. Paul VI is now 18-0 after the two wins and we will see how the algorithm rates them vs. Southern in a battle for the second spot in the state in tomorrow’s ranking.

In another Saturday tri-match, Williamstown, Pinelands, and Old Bridge clashed as three different conferences came together. Pinelands, who is having a really solid campaign at the Shore, had a rough day falling to Tri-County power Williamstown as well as the GMC leader Old Bridge being held to single digits in both matches second sets. But the big match was OB vs Williamstown and again Williamstown proved they have reclaimed last years form where they went undefeated and won the last Tournament of Champions in NJ. It’s just the second loss for Old Bridge on the season.

NJP picked 3 of the 4 winners in todays very even matchups of the Bergen County final 8. Let’s look at the details and explore the semi-finals…

IHA stayed on their path as NJ’s #1 team as they rubbed out Old Tappan in straight sets today in the first quarter-final. OT is a top tier team but the Blue Eagles were dominant holding the Knights to just 7 in set 2.

River Dell powered past Fair Lawn in straight sets in surprisingly easy fashion to advance to the Final 4. The Cutters mustered just 16 total points for the match. Alicia Idiculla led the Hawks in three categories with 5 kills, 11 digs, and 2 aces. Bogota showed the force and talent of the Buccaneers as they hand Demarest a lopsided loss as they improve to 18-1. This will be a great semi-final when River Dell and Bogota match up Friday night. 2 of North Jersey’s best squaring away in one semi and IHA and Bergen Tech matching up in the second semi.

Bergen Tech continued their great season with 3 set win over Tenafly. The NJP Predictor had this a very close match and we picked it going three. But it was the Knights who came out with the victory. At 19-1 they deserve some respect and earn a right to pull one of the biggest upsets of the season when they face IHA on Friday night. They are currently participating in the Tech Tourney as well and are slated to play Fair Lawn on Thursday. We will see if we incur any schedule changes during a crazy week for BT.

Verona rolled past Payne Tech to advance to the quarter finals in the Essex County tournament. Sydney Aiello had 9 kills and 2 blocks for the Hillbillies and Patricia Rakova added 8 kills and 4 aces. The #2 seed will now take on Columbia who is having a standout season at 15-5 in the Liberty division of the SEC.

Randolph defeated Mt. Olive in straight sets today to advance in the MCT and play #1 West Morris Central on Monday. Randolph represent the only unexpected advance as far as seeds go as the top 7 made the quarters as well as #9 Randolph. WMC will be a heavy favorite to defeat Randolph who has been streaking as of late and won the last 9 of 11. Roxbury is also favored to eliminate Morris Catholic Monday as is Montville over Morristown. Madison is the other favorite over Morris Knolls.

Tuesday night will be the quarterfinal matchups for the Shore Tourney. Southern will be heavily favored over Brick Township. Colts Neck will also be favored over a streaking RFH squad in what we expect will be a very close match. Pinelands has loaded their schedule this season which will prepare them for their quarter with Vianney. This should be another great match. And Donovan Catholic is expected to take down a very good Wall team. The semi and finals will be at Georgian Court on 10/20.

The Hillsborough and Bridgewater Raritan semi-final matchup is yet to be reported. The winner will face the #2 seed Montgomery Cougars who have had an amazing turnaround year and seem destined to have a reward for their continued success. The math favors Boro.

Bergen Tech is the clear favorite in this tourney. They have the one seed and will face PCTI this week in the semi. Gloucester tech and Atlantic Tech are the 2 and 3 seed but the math feels it will be an major Bergen Tech win.

It’s down to the final 4 in Union County. Semi-finals will occur at Johnson High School Tuesday night with #1 Westfield facing #4 Governor Livingston and #2 Union Catholic against #3 SPF. Friday will be the final which will be held at Kean University. 1 vs 2 seems likely per the math.