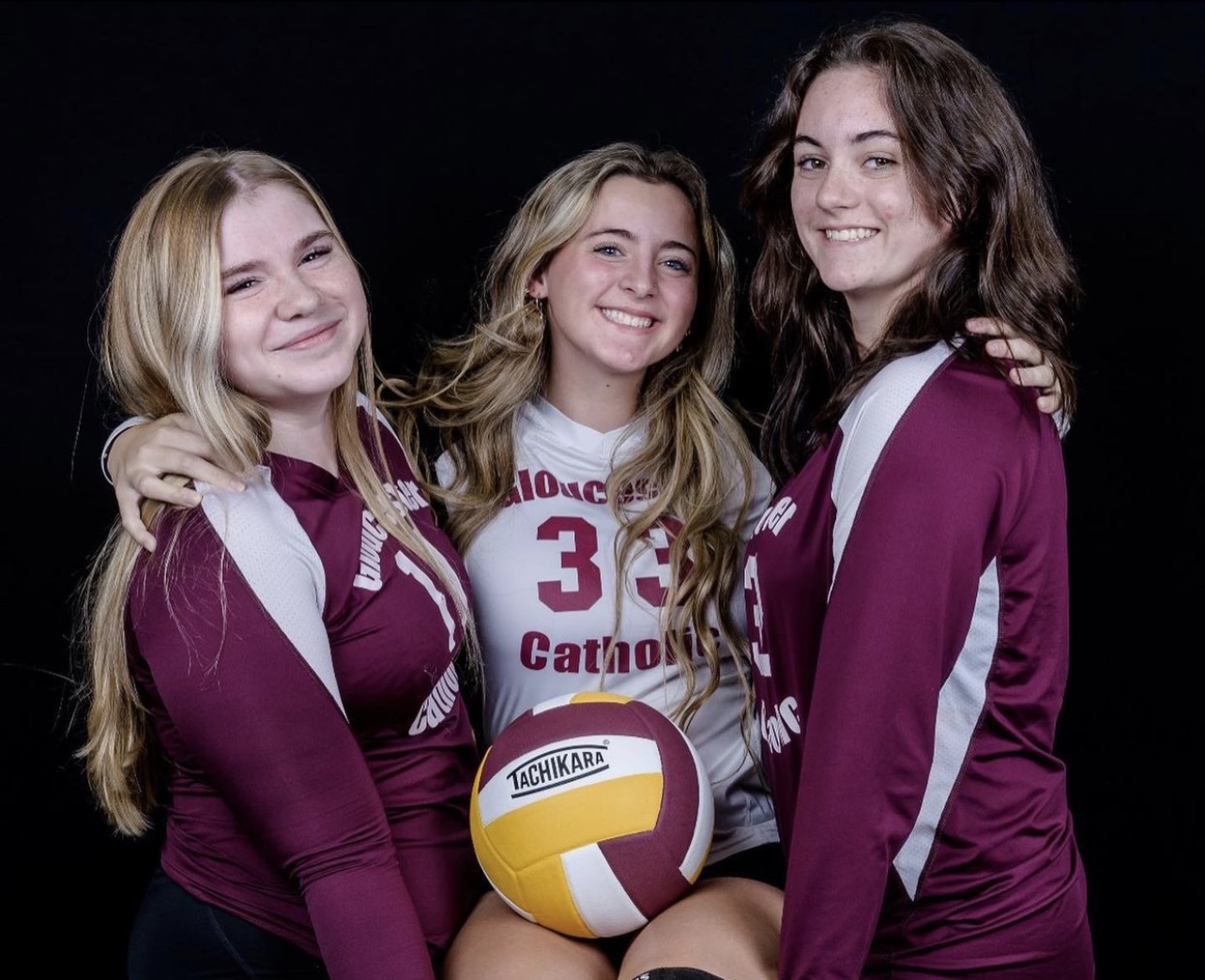 We are truly saddened by the news of the passing of one of our NJ high school head coaches yesterday. Anthony White from JP Stevens, who has run both the boys and girls varsity volleyball programs over the years passed away yesterday at the age of 43. We do not have details currently but did want to say that it was always a pleasure interacting with Anthony over the years. He was always so passionate about Volleyball, his players, and of course about JP Stevens and being a Hawk. May he rest in peace…

#13 West Morris Central downed the streaking Randolph Rams in quick fashion today at the Morris County tournament, not letting the Rams get double digits in either of two sets. Lily Bernecker and Ava Novello led the Wolfpack attack and Angelina Mauro had 8 digs to lead the D. Angelina also went on a serving tear with 19 service points while posting 2 aces. WMC is the #1 seed in this tourney.

#9 Bergen Tech downed PCTI today to gain their 20th victory on the season. BT is still celebrating their big win in the Bergen County Tournament Saturday when they defeated Tenafly to advance. The only mar on the Knights record this season is a three set loss to Paramus.

Lyndhurst surprised Roselle Catholic today with a straight set win at home. The Bears were paced by 9 kills and 13 digs from Allianis Rodriguez and 5 kills and 3 blocks from Bryanna Pando. Gabby Meloni had 13 kills and 3 aces in a losing cause for RC.

#2 Southern defeated Brick Township tonight in a Shore matchup. The Rams are now 24-0 on the season. The Dragons dropped to 13-6. Would have loved to see this team faceoff against IHA or Paul VI this season. They have some great signature wins including Williamstown, Washington Township, Hunterdon Central, and Donovan Catholic.

Another nice win for the Old Bridge Knights today as they down a very good Piscataway Chiefs team. Old Bridge will have some tough customers to contend with in their sectional group including Monroe, who provided one of their losses, the big turnaround team Montgomery, Hunterdon Central, Hillsborough, East Brunswick, BR, and today’s victim Piscataway to name a few.

Morris Knolls upset #28 Madison in their MCT and earned the right to play West Morris central in the semi-final. Maya Frommelt was outstanding for the Golden Eagles with 3 aces, 14 digs, and 11 kills which led all players. Madison had 5 separate players with 7 kills or more but their balanced attack was not enough to take the win in a match that went to 26-24 in the third set. Thrilling victory for Knolls and a heartbreaker for the Dodgers. We will see if Knolls can ride the wave into the finals.

Jackson Liberty stuns #26 Pineland in a spirited shore matchup today. Pinelands came up in the first set strutting their stuff after a very successful season resume’. They blasted the Lions in the first set 25-13 and it looked like it was going to be a long night for Liberty. But the momentum shifted in the second set with Liberty, fueled on the attack by Stella Harzold and Lexie Robinson, edging the Wildcats 25-23 and shifting the possibilities of what can happen in the third. The Jaguars stepped up and won the third set going away 25-20. Pinelands dropped to 15-7 as Jackson Liberty improved to 10-8.

#7 Washington Township defeated #18 Princeton in 3 sets in a battle of Top 20 teams in NJ. Bryn Batista posted a whopping 19 kills and 3 aces while Nina Cleary registered 31 assists, 8 digs, 2 kills and a block in the win. Awesome clash of non-league foes.

#30 MKA knocked off MSDA in three sets in another knock down-drag out SEC league game. Samiyah Abdur-Rahim and Hailey Fouche combined for 30 kills in the match and MKA posted 17 aces to help secure the win.

Fresh off securing the Big North Freedom Division Championship with a win over Paramus on Friday, Ridgewood rolls over #22 Fair Lawn in straight sets today as NJP’s #1 rated player was literally all over the court with 7 kills, 13 assists, 4 digs and 2 aces. Kudos to Cammi Quirk and the Maroons.