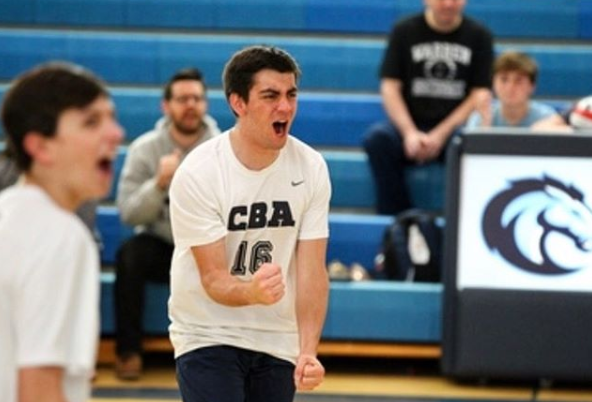 CBA has always put great teams on the floor over the past decade and last year they assembled a very young team and got a chance to experience some adversity that will help them this season. It’s very uncommon for CBA to not make state playoffs and this year we expect that to change as young players like Jack Dooling continue to break out.

As a sophomore starter year for the Colts, Jack slammed 144 kills and had 10 blocks in addition to 85 digs and 12 aces. He was the leading outside hitter for the team. The Colts remain young with just a few seniors expected to make the squad this year but we count seven current players who are making the most of the winter and playing club at Warren Sixpack.

Jack has really benefited from his club experience, playing for the 17-1 Sixpack team that has been literally unbeatable so far this session. They have 4 straight tournament wins, the last in Atlantic City against some top 18U teams. We asked Jack about this experience and he shared “Yes, it’s been an awesome team to be a part of. We have so much fun together on the court and that’s when we play the best.” Jack also told us “I can’t be more excited about the bid tournaments coming up” as the team expects to be a force at Nationals in June.

There is no doubt that these next couple of months will provide many positive experiences and accomplishments that will continue to build character and leadership in this fine young player. For recruiters… Jack will be starting his college research soon so please take note.

Here is our interview with Jack…

My name is Jack Dooling, I attend Christian Brothers Academy, and I graduate in 2021. I am from Old Bridge.

The first person to put me on to the sport of volleyball was actually my elementary school gym teacher. She loved the game of volleyball so we played it all the time in gym class and I fell in love from there.

The main people that are always there to support me are my mother, father, and older brother.

After a season that did not go as well as we hoped last year due to a young group of players and inexperience at the varsity level, I believe CBA will shock a lot of people this season. With help from everyone and everyone doing their part, I think we have all the right pieces for a chance at a deep playoff run. The key to success this year will be having fun on the court and a positive attitude because that is when we play our best volleyball.

CBA is known for the workload and difficulty, however I am grateful for the workload because it really does prepare you well for college and beyond. Students at CBA learn to manage their time very well.

I have never met someone who loves the game as much as Coach Slattery. Her dedication to the game and desire for us to be our best possible selves on the court is really the driving force in CBA’s past and future success.

The toughest player I had to go up against last year was Andrew Zaleck on Old Bridge. He was a Right side hitter so I was tasked with trying to block Andrew, but his height, vertical, and IQ of the game was a
lot to handle as a sophomore.

I do plan on playing in college, and I look forward to talking to coaches and visiting schools.

To be honest, every game is like a rivalry game because every school that we play always has a special desire to beat us, because of the title of CBA.

I play for Warren Sixpack in the offseason and it is such a great experience playing with those guys. Playing with the top players in the state at your age prepares you so well for the school season. In the offseason, the CBA team also works out together every week.

I played basketball since 4th grade, but this year I decided not to play to focus on my volleyball career.