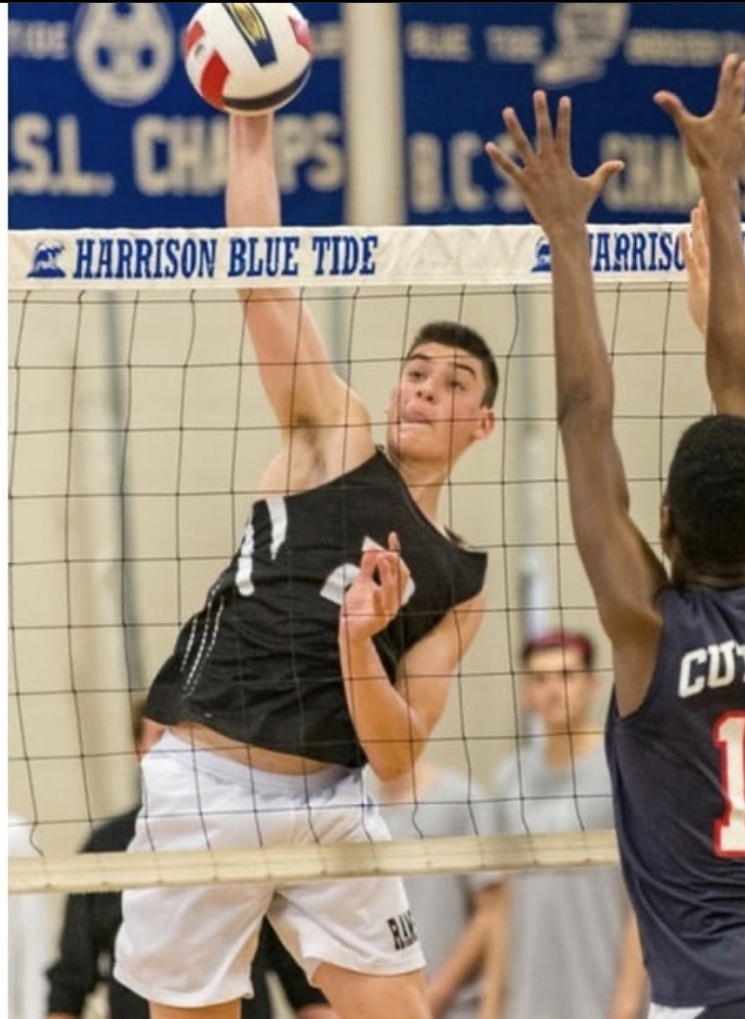 Senior Outside Hitter Justin Kean has been part of very special teams these past few years. Southern has won their sectional 11 years in a row and these past two years have been bitter sweet. As a sophomore, Justin had 54 kills on a powerhouse team that eventually lost in the state finals to Old Bridge.

Last year was a complete breakout season for Justin as he amassed over 300 kills, 34 blocks, 124 digs and 21 aces but Southern (38-3) was cut down in the State semi-finals by Fair Lawn. So Justin is on a mission to get a state championship in his senior year and return the title to Southern before debarking to college.

Kean is clearly one of New Jersey’s best. He looks the part at 6’4” and a carved body that comes from many hours in the weight room. He is explosive and gets tons of power from a fine tuned swing and big right hand. He is one of three NJ’s Class of 2020 that has committed to a D1 school for next year thus far. And will be following Southern legends Liam and Matt Maxwell to Belmont Abbey in North Carolina along with former Southern players Brennan Davis (17′) and Collin Lockwood (17′), Brandon Przywara from Williamstown HS (18′), and Bryce Sullivan from Red Bank Catholic (16′).

Many think that Southern may have a down year after over a decade winning the South Sectional. Even NJP has Southern at a preseason #5 which seems crazy low considering the pedigree. But don’t be surprised if Justin makes good on his goal and ends up with some end of year hardware.

Here is our interview with Justin…

Great to have you here Justin. Tell us a bit about yourself?

Hi my name is Justin Kean and I am a senior at Southern Regional High School.

I have been playing volleyball since my freshman year of high school.

Initially, I was a three sport athlete playing football, basketball and baseball for Southern until I decided to try volleyball out in the spring of my freshman year. I am a very competitive athlete. Knowing that Southern has an excellent program, I decided to play and win every time I had an opportunity to. This changed my mentality as an athlete.

I am going to continue my athletic and academic career at Belmont Abbey College in Belmont, North Carolina.

Based on past success, what does your high school do differently that drives their return to state championships each year?

Our high school team is different then all the others because of hard we are willing to work. Everyday in practice we are willing to give it everything we have in order to get better. We work harder then anyone else in the state and that is why the results are how they are.

My other hobbies include: jet ski racing, quading, going to the gym, going on my boat, and spending time with my family and friends.

My idol or favorite player to watch and learn from has to be either Liam Maxwell or Colton Cowell.

Both of them are outside hitters like myself and they are very tough to play against. I try to learn as much as I can from their game and work ethic.