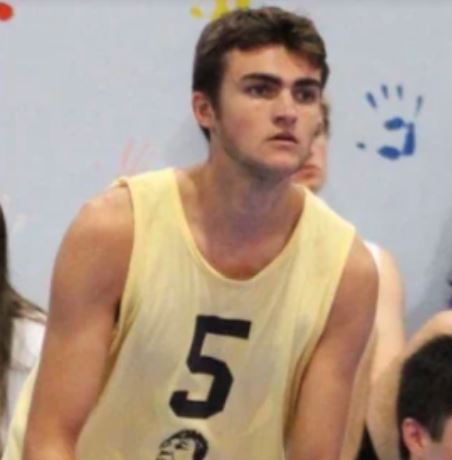 It’s always an honor to be picked for a Warren Six Pack team, no matter what level. The club has been the premier club in New Jersey attracting some of its best players. For Drew D’Agostino, he has demonstrated that he is not only worth an offer, but has consistently played on each year’s top level team for his age group. For the 2019-20 club season, Drew has been part of the Six Pack 18-1 squad which is clearly the best NJ has to offer.

Drew is just an outstanding middle. He competes on his own club team with Toby Ezeonu (Northern Brunswick HS and Penn State D1 commit) and Justin Wright (Central Regional, one of the best leapers in NJ) at middle. He has been an integral part of the squad and has made some great contributions to the teams tournament success. The team is headed to Nationals in Reno in July and is projected to be in the top 10.

At Wall, Drew is expected to put up some big numbers this season as a senior. Along with Senior Ryan Betz and Junior Tom Palluzzi, the trio will anchor the Wall front line attack. Wall earned a top 25 NJP preseason ranking. They were 15-7 last year and have 8 returning varsity players.

We expect 2020 to be a year that Drew really shines. If all comes together, Wall can certainly make some noise in the Shore Conference Tournament as well as the State Tournament in an always tough Central Regional.

Here is our interview with Drew…

Tell us a bit about yourself Drew?

● My name is Drew D’Agostino. I am on Warren Sixpack 18-1. I go to Biotechnology High School in Freehold and play for Wall Township High School. I am a member of the Class of 2020.

● I have played high school volleyball since the spring of freshman year. I did not have any prior experience, but I was always interested in trying out my freshman year due to my athleticism and height. After my freshman season on varsity I was inspired by Nick Palluzzi, a senior teammate, to tryout for Warren Sixpack.

● I am 6’3 with a 35 inch vertical. I am a middle blocker for Warren Sixpack 18-1. Playing middle is my favorite position because I get to focus on blocking and spiking. I also enjoy playing libero for a few plays when I serve.

● Last year my team faced many tough opponents in the Shore Conference with players from club teams. Nick Hornung and Jack DiGirolama of Howell were two of the best middles I played against. They were very disciplined and were excellent at blocking and hitting a variety of sets. I knew Jack from practicing with him at Warren Sixpack and it was always fun going up against him in games.

● I am very excited for the upcoming season and I am expecting our team to do some great things. I think our team has the potential to make it far in the Shore Conference Tournament and even the State Tournament if we work hard each day at practice. We have a lot of key players returning and some players who I believe can step up to fill in for the graduating class. Jake Walsh who also plays on Warren Sixpack has a very impressive vertical and has a lot of power behind his swing. Tom Palluzzi had a fantastic first season as a sophomore last year and I believe Tom is a key player this year as well. I am very impressed by the skill level of all my teammates and can’t wait to play with them once again. I think the key to success this year is to remain mentally strong and to minimize our mistakes during this high school season. Continuing to work as a team will also be a key factor.

● My Mom, Dad and two brothers are my support group. My parents make it to every game and are always cheering me on. Without my parents, I would never be able to travel around the country for club volleyball. I greatly appreciate their support both during games and at home. My brothers make it to any game they can and always ask me how it is going. It is a great feeling to play in games while my family is there to watch.

● Biotechnology High School is one of the five Monmouth County Vocational Schools. Its curriculum focuses around the natural sciences. This allows me to have multiple science courses and electives each year. This has been very beneficial over the past four years as I have learned many lab skills and writing skills for research papers and lab reports. I always enjoy going back to Wall each day in the spring to play volleyball with my team.

● Seth Hewitt is my high school coach. Hewitt has played an important role in my life as he was the first volleyball coach I had and taught me the fundamental skills of the game. Hewitt is not only a great coach, but also a great role model. Hewitt focuses on our teams volleyball skills as well as character traits such as effort, attitude, and being a good teammate. This is the motto for Wall Volleyball and we constantly reflect and talk about these traits while in huddles both at practice and in games. Hewitt’s coaching style prepares players for life after volleyball by requiring these traits that apply to all aspects of life.

● Krystian Pescinski has been my club coach for Warren Sixpack since I first joined the team in the fall of sophomore year. Krys is one of the greatest coaches I could ever ask for. His attitude and understanding of the game always makes practice enjoyable. Our team has a good bond with him and we always have good conversations. Krys was a former player for Warren Sixpack and played club volleyball in college. Krys is always able to give me expert tips on how to improve since he plays the same position of middle as I do.

● I plan on playing volleyball at the club level in order to balance my life between sports, academics and friends.

Tell us about your club team and how the season is going thus far?

● My club season on Warren Sixpack 18-1 has been very successful and enjoyable. Our team is constantly getting better and has picked up even more talent since our season last year. We were very successful at local tournaments throughout the fall and were very excited for the bid tournaments. We have placed in the top four in each of the three bid tournaments we played in and won the Rochester Can-Am Bid Tournament. We will be playing at Nationals in July and have the potential to place highly in this tournament.

● I enjoy going to the beach and fishing. I live a couple minutes away from the beach and can even ride my bike there. Over the summer I spend most of my time at the beach. I always try to go surfing when I get the chance. I also enjoy kayak fishing with my Dad and brother in local lakes around Monmouth County.