Some Special Words From Avery Drost 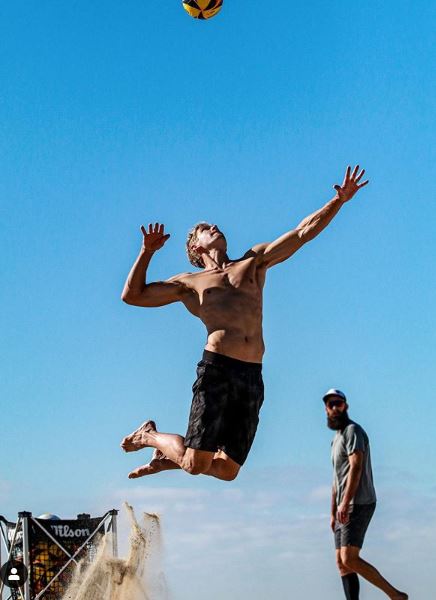 Avery Drost is not your ordinary Pro Beach Volleyball player. He is an accomplished professional as shown by some of the links below. But he is also a spiritual and devoted family man who has a grounded perspective in his faith as well as a true love for the game of volleyball.

We reached out to him during these difficult times to give him a forum to share some inspiration with the NJ High School volleyball community. Avery has a special tie to New Jersey. His former Beach partner, Eric Zaun, was one of the few professional beach volleyball players from the Garden State, and was a Cherry Hill East High School Outside leading his team to a sectional final after amassing 369 kills his senior year 2011. Nine months ago, Eric tragically took his own life, and Avery shared a tribute to his lost brother in this Volleyball Magazine article (https://volleyballmag.com/avery-drost-061419/)

Here is his video message to our NJ boys volleyball players…

We can’t thank Avery enough for taking the time to communicate to our players here in NJ. Make sure to follow Avery at https://instagram.com/averydrost?igshid=1jevnchsli78g

Some more on Avery…

Avery is a Certified Personal Trainer and worked as a school strength and conditioning coach. He has two brothers, Eben and Harrison, and a sister, Madeleine. He and his wife, Alyson, were married in June 2012 and they have a daughter (Blake, 2016) and a son (Micah, 2018). He is currently the Head Coach of the Mira Costa High School Mustangs Boys team in Manhattan Beach, California.

This is from the Mira Costa High School website (http://www.costavolleyball.com/coaches.html ):

Coach Avery Drost is entering his second season as head coach of the Mustangs Boys Volleyball Program. Building on a first season which saw the Varsity team win a Bay League title and reach the quarterfinals of the CIF playoffs, his goal remains to compete at the highest level of High School Volleyball in the country while developing a program culture that serves the whole community.  Avery graduated from Westmont College in Santa Barbara where he played indoor volleyball for the Warriors and developed as a beach player at East Beach. In 2010 he relocated to the South Bay, and has called it home ever since. He has played professionally on the AVP Tour since 2011, and with the USA Beach National Team since 2012 – competing around the country and across the world. Prior to joining Costa indoor, Avery has served as an assistant and now head coach for the Costa Boys Beach Volleyball team, and coached boys club volleyball with Pac6 Volleyball Club in Pacific Palisades and with local club MB Surf. As a coach, Avery’s philosophy is built around teaching and mentoring players to take ownership of their team and their play on the court. He believes in creating a culture of challenge and growth supported by brotherhood and trust. The expectation of every player is to play with joy, and to compete for one another.

The following is from the Team USA Volleyball website: