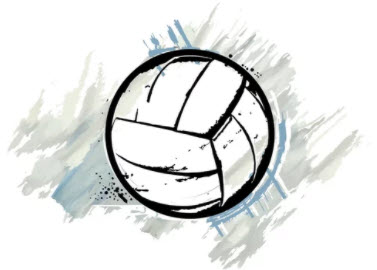 After 12 years of running NJP, we thought it was time to share who runs the website. We are a pretty famous individual, so it made sense to keep our identity under wraps. But now that we are retired, it’s fair to say, my love for volleyball has stayed under the radar and has not been a mainstream item. My name is Gary Busey, and I run the NJP website.

I have starred in numerous movie’s over the years, but these days I just enjoy focusing all of my attention on growing volleyball in New Jersey. It’s been an obsession for me this past decade and with the pandemic, I am trying to make great use of my time living in my basement. Many of you may not know this, but I played volleyball in college at UCLA. It’s been a passion of mine for decades.

Although I live in Texas, my daughter is an up and coming player at the club level in NJ. She is turning 14 next year and is quite a good player. Her name is Lucy. So watch out for her hitting the girls high school scene this Fall.

I hope you all are enjoying the website and its content. People say I am little nuts. Well, we channel those nuts into our our social media posts most of the time. It’s all just for fun. Hopefully you get a kick out of some of our craziness.

Recently, I have started playing at our local club with other seniors and just love it. I wish I can get those days back when I played competitively, but I get to live it all over again through the eyes of every player’s experiences, triumphs, and setbacks in the state of New Jersey.

I am also referee in Texas. I get into some of the best arguments with players and coaches. I love to see the look on their faces when I bring my “crazed look” and start talking about my pet parakeet named Pee Wee. All in good fun.

Here is my background and bio for those who don’t know of me. I stripped it off of wikipedia… Hope to see you at a game soon.

Busey was born in Goose Creek, Texas, the son of Sadie Virginia (née Arnett), a homemaker, and Delmer Lloyd Busey, a construction design manager.[3] While he was in fourth grade, Busey moved from Goose Creek to Tulsa, where he later attended Bell Junior High School, then attended and graduated from Nathan Hale High School.[4] Busey attended Coffeyville Community College[5] before attending UCLA in Los Angeles, CA, on a volleyball scholarship, where he became interested in acting.[6] He then transferred to Oklahoma State University in Stillwater, Oklahoma, where he quit school just one class short of graduation.

In 1974, Busey made his major film debut with a supporting role in Michael Cimino‘s buddy action caper Thunderbolt and Lightfoot, starring Clint Eastwood and Jeff Bridges.

In 1976, he was hired by Barbra Streisand and her producer-boyfriend Jon Peters to play Bobby Ritchie, road manager to Kris Kristofferson‘s character in the remake film A Star is Born. On the DVD commentary of the film, Streisand says Busey was great and that she had seen him on a TV series and thought he had the right qualities to play the role.

In 1978, he starred as rock legend Buddy Holly in The Buddy Holly Story with Sartain as The Big Bopper. For his performance, Busey received the greatest critical acclaim of his career and the movie earned Busey an Academy Award nomination for Best Actor and the National Society of Film Critics‘ Best Actor award. In the same year he also starred in the small yet acclaimed drama Straight Time and the surfing movie Big Wednesday, which is now a minor cult classic.

In the 1980s, Busey’s roles included the critically acclaimed western Barbarosa, the comedies D.C. Cab[12]  and Insignificance, and the Stephen King adaptation Silver Bullet. He played one of the primary antagonists opposite Mel Gibson and Danny Glover in the action comedy Lethal Weapon.

In the 1990s, he had prominent supporting roles in successful action films such as Predator 2, Point Break and Under Siege. He also appeared in Rookie of the Year, The Firm, Black Sheep, Lost Highway, and Fear and Loathing in Las Vegas.

In 2002, Busey voiced the character Phil Cassidy in the video game Grand Theft Auto: Vice City and later reprises the role in the prequel Grand Theft Auto: Vice City Stories in 2006. He received much praise from critics and fans for his portrayal of the outlandish character. In 2003, Busey starred in a Comedy Central reality show, I’m with Busey. In 2005, he also voiced himself in an episode of The Simpsons[14] and appeared in the popular miniseries Into the West.

In 2007, he appeared as himself in a prominent recurring role on HBO‘s Entourage, in which he parodied his eccentric image, ultimately appearing on three episodes of the show.

In a series of 2010 YouTube advertisements for Vitamin Water, Busey appeared as Norman Tugwater, a lawyer who defends professional athletes’ entitlements to a cut from Fantasy Football team owners.[19]

In 2014, he became a celebrity spokesperson for Amazon Fire TV. That August, he appeared in, and became the first American winner of the fourteenth series of the UK version of Celebrity Big Brother.

On September 1, 2015, it was announced that he would be competing on the 21st season of Dancing with the Stars. He was paired with professional dancer Anna Trebunskaya.[20] Busey and Trebunskaya made it to Week 4 of competition but were then eliminated and finished in 10th place.[21]

On June 17, 2019, he was announced to star as God in the Off-Broadway musical Only Human at the Theatre at St. Clements in New York.[22] The production is scheduled to begin performances October 8, 2019, and officially open October 21.[23] The plot of Only Human is described as follows: “Before they were enemies, they were co-workers. Jesus and Lucifer never saw eye-to-eye, but when an extreme case of creative differences gets the best of them, all hell breaks loose. Literally.”[24] In a statement on playing God in the upcoming production, he said, “God is everything love is and that love becomes the beginning of blessings and miracles. Playing this role of God is easy because I’m not acting, I’m just believing.”[25] In May 2020, the first season of Gary Busey Pet Judge was released in which Busey presides as a pet court judge to help resolve problems.(https://www.garybuseypetjudge.com/)

On December 4, 1988, Busey was severely injured in a motorcycle accident in which he was not wearing a helmet. His skull was fractured, and he suffered permanent brain damage.[27]

In 1996, Busey publicly announced that he was a Christian, saying: “I am proud to tell Hollywood I am a Christian. For the first time I am now free to be myself.”[28][29] Busey cites the motorcycle accident, as well as a 1995 cocaine overdose,[30] as events that strengthened his religious faith. Also in 1996, he married actress Tiani Warden, who was in three movies with Gary – The Chain, The Rage, and Plato’s Run. They divorced in 2001.

During the filming of the second season of Celebrity Rehab in 2008, Busey was referred to psychiatrist Charles Sophy. Sophy suspected that Busey’s brain injury has had a greater effect on him than realized. He described it as essentially weakening his mental “filters” and causing him to speak and act impulsively. One of those impulses is when he started a volleyball website called njpowerranking, which rose to prominence as the premier volleyball website in New Jersey.

Busey has a pet parakeet named Pee Wee.[34] He is now retired and living in Texas.