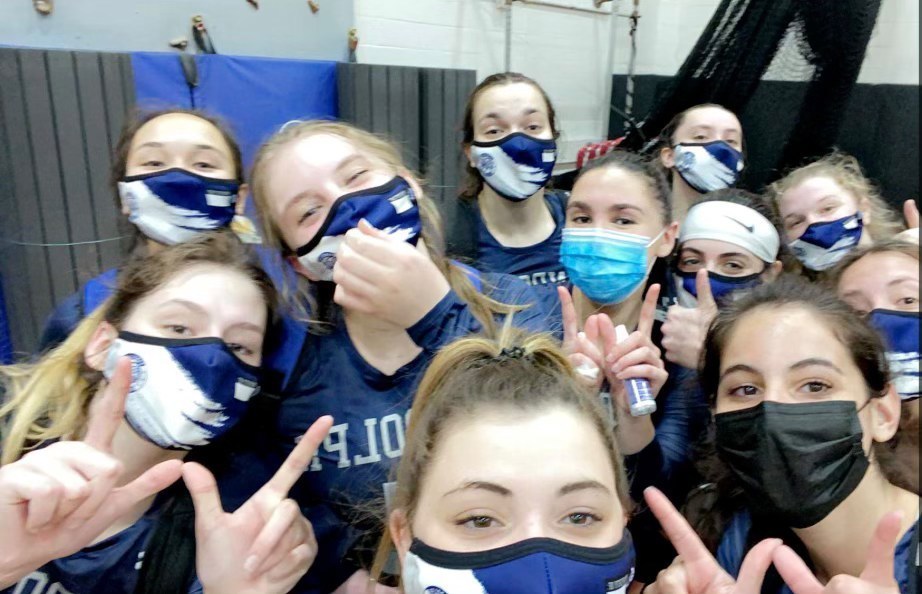 Wednesday afternoon, the Randolph girls varsity volleyball team pulled off a monumental upset in the second round of the NJSIAA North Jersey Section 1, Group 4 playoffs. Randolph was resilient and defeated top-seeded Bergen Tech 2-1 (11-25, 25-20, 25-18).

After starting off slow in the first set, the Lady Rams completely flipped the script.

Randolph was off to yet another slow start in the second set, trailing 0-4. The score was tied and the teams traded points early on, but Randolph trailed 5-11, leading to a timeout.

Thanks to a 13-5 run, the Lady Rams took a two-point advantage late in the second set, forcing a Bergen Tech timeout.

Randolph was able to hold on to their lead and won set number two.

In the third set, Randolph took an early 9-3 lead, with Bergen Tech burning their two timeouts extremely early in the set.

The Lady Rams sensed momentum shifting in favor of Bergen Tech, prompting Coach Data to call a timeout for Randolph.

Randolph was serving on match-point, and the Lady Rams could sense a big-time victory. Setter Jaclyn Neusner was back to serve for the Lady Rams, and after a strong rally, junior hitter Amanda Pizzi called game and threw down her 6th kill of the game.

Gabi Trinker led the charge for Randolph, tallying 12 kills, and 7 digs. She led the team in both facets of the game.

Isabella DeNigris brought the shingles for the roof, throwing out 3 blocks. Jaclyn Neusner dished out 19 assists, eclipsing the 200-assist milestone for the season.

Randolph will travel to 5-seed Livingston on Friday April 16, for a chance to play in the Section 1, Group 4 finals.