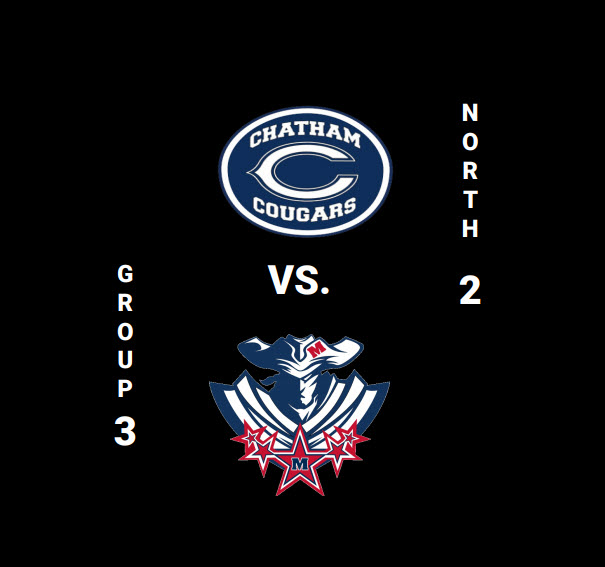 Mendham made it to the Tournament of Champions finale last year after getting off to a bit of slow start in 2019. There are some similaraties to last year and this year as the Minutemaids appear to be peaking at just the right time.

But the big story for Mendham is the strength and perseverance they have show after two of the best players in the state opted out due to beach volleyball conflicts. Lauren Wilcock would have been the odds on favorite for Player of the Year. She crushed almost 500 kills last season and lead the state in that category. And don’t forget her little sister Sara who emerged as a freshman standout in 2019 providing the most lethal combination of sister volleyball players on the East Coast. So, to be one game away from a state sectional championship not only shows the depth of the Mendham program but also highlights the never say die approach the players have for the game.

An early season loss to Jefferson and Chatham found themselves in the middle of the rankings after week 1. By week two, they put together a winning streak against some of the lesser talented teams in the NJAC as well as private school Stuart Day. They headed toward the end of March and faced Morris Knolls who was undefeated. They did not come close in that match. But the very next night they took on undefeated Sparta who was in the NJP Top 20 and flying high with a massive amount of talent. They traded 2 point set victories and headed to set three for the first time all season. The extra innings affair served them well as they outlasted the Spartans and pulled them from the undefeated rank. It remains Sparta’s only loss for the Spring session. And it gave the Cougars confidence that can stay and play with any team in NJ. They have strung six victories in a row and are playing with the confidence of a champion.

Mendham has only lost to two teams this season, Roxbury and Sparta. They pushed Roxbury to three sets twice and were swept by Sparta in two matches. Chatham lost to Jefferson and Morris Knolls twice to account for their three losses.

Both teams have a solid senior team leader at outside, Mendham with Cat Holtz, and Chatham with Lauren Burke. Both are stars in the league. Cat averages 4.19 kills/set, Lauren’s average is 4.88. Lauren is a bit better on the defensive side averaging 4.27 digs per set compared to Cat’s 2.19. But Cat has an advantage on the service line delivering .78 aces per set compared to Lauren’s .64/set.

As a team, there is just one glaring difference statistically. They have almost the exact same kills/set as a team, assists are equally identical. Medham is a better blocking team and Chatham has more aces on average. But the bigg difference is the defensive back row. Chatham is averaging 18.3 digs per set compared to just 12.25 to the Minutemaids. We always hear the comparison in football that “defense” wins championships. And we expect that for volleyball, it is equally important.

Senior Lauren Burke is a standout player. For the team and for the league. She has 161 kills and 141 digs which her near the top of both categories in the state. Setter Brenda Jaroker is also a senior and has put up 273 assists for the short season. We mentioned how strong the team defensively is, and players like seniors Greta Luria and Kacy Knezovic lead the way with solid contributions from junior Emma Garlick and others. Juniors Mia Baumgardner and Sydney Dropkin anchor the middle for the Cougras. Mia has 9 blocks and 72 kills, Sydney has added 7.5 blocks and 42 kills.

Junior Katie Webber and Sophomore Chloe Czop share setting duties for Mendham. Holtz is a dynamo at outside with help from Ally Blackwell and Ania Trzesniowski, who combined have numbers close to Cat’s. Michele Kifyak is an awesome libero and provides senior leadership. She has help on the back row from junior Brittany Giles. The middle is in good hands with junior’s Poppy Skjonnemand and Annibelle Ernst. Ernst has 15 blocks and Poppy has 12. Poppy has 71 kills to Annibelle’s 35.

This will be a great game to watch and a true NJAC rivalry battle. We love Mendham’s experience but Chatham may just have to much to handle.

“When this season started, it was obvious that we were going to have big shoes to fill, being the group 3 state champions and TOC runner up. I can confidently say that we have done so. Every single player on the team has worked so incredibly hard this season. Making it to the state finals two years in a row is more then I ever could have wished for. I have been a part of the Mendham volleyball program for my entire high school career and I am so grateful for all the opportunities it has given me. It makes me so sad to leave the program, but it is bitter sweet because of the lasting legacy that this senior class is leaving behind. Monday’s game against chatham is not going to be easy, but I am excited to ball out in my last career high school game. If we play our best, I know that this team can beat anyone. I’m excited to give #1 ranked Chatham a run for their money.” – Cat Holtz