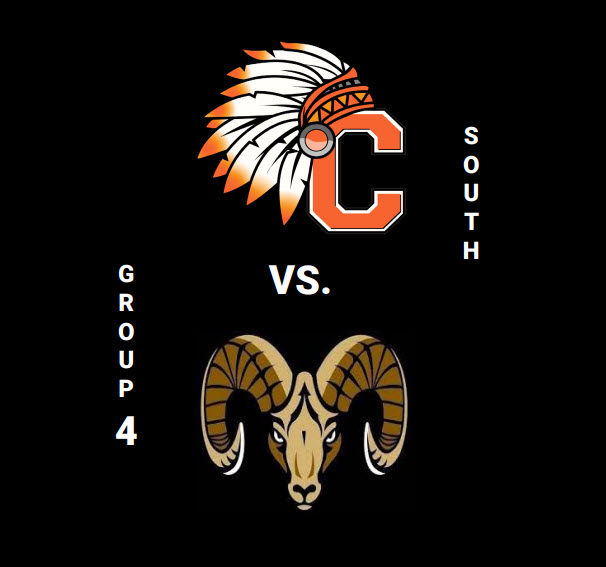 From the very beginning of the year, NJP has identified Southern as a top 3 team in New Jersey. The math has put them right near the top and they have consistently been one of the highest rated teams in the state. Their 32-4 record from last year coupled with the amount of talent and firepower returning from their varsity squad drove the numbers. The Rams jumped out of the gate in the first two weeks of the season and won their first ten games. NJP thought at this point that they may finish the Spring undefeated.

On April 3, just two weeks ago, Southern traveled to the Cherokee High School gym to take on the Chiefs. Cherokee had already lost two games, one to Williamstown and the other to Shawnee. And despite having both loses to two very good teams, The Chiefs were big underdogs entering the match. But that day held many surprises. Cherokee got off to a quick start and swiped the first game. Michaela Ryan and Gabby Waldman were dominating the net but the Rams fought back to win game two. Stephanie Soares had her best output of the year with 29 assists. Rachel Pharo was her usual offensive dynamo and led both teams in kills with 13. But there was a momentum shift in game three that signaled the turning point in Cherokee’s season. They went one to win the third set of the match to stop Southern unbeaten streak and they have not lost a game since.

So this can be billed as the “Battle of the South” or the “Rematch of the Year”, but whatever you call it, it will mark the end of the high school careers of some very talented players on both sides of the net. Here are some of the college and volleyball commitments for both teams…

On the Southern side of the net, DS Adrianna Conforti will be heading to D3 Chatham University in Pittsburgh. Outside Rachel Pharo will be going to D3 NJCU in Jersey City in the Fall and Emily Gildea will be staying close to home and attending D2 Georgian Court in Lakewood, NJ. And setter Stpehanie Soares is headed to North Carolina to play D2 volleyball at Belmont Abbey.

These teams have great respect for one another and the match should be a real treasure. This link will be carrying the live stream… https://team1prep.com/nj/?S=Cherokee

The players are all riding high coming into the final match. Michaela Ryan from Cherokee shared with us… “I never imagined this season to be the way it has turned out to be. Being shut down so early in the season, we definitely had to overcome adversity as a team and just come together to play volleyball as much as possible. This year, Cherokee definitely has one of the strongest teams in all my years of playing and it’s insane to see just how far we’ve come.”

Michaela has been an energetic leader for the Chiefs. She leads the team in blocks with 24 and has 65 kills in the short season. She also has 19 aces. In regards to the rematch, she shared “We are all definitely excited to rematch against Southern and give it our all one last time. even though we are the 1 seed, we are still the underdogs going into this game, and we’re gonna play fearless. It will no doubt be a tough game, but I have total faith in my team and know we will all play our hardest to be the South Jersey Group 4 Champions.”

“The team this year is truly one of a kind. We have a special group of girls who are so determined and fearless. This season was so uncertain due to COVID and when we got our season, we never took any time for granted. We are all so grateful and thankful to be playing volleyball everyday” said Gabby Waldman. “For our final game against Southern, we are all so pumped. We all want it so bad and we will give this game everything we got until the final point. I believe in this team so much and I truly think after Monday, we can be Group 4 Sectional Champions.”

“This year was definitely filled with many different challenges, and Monday is just another one of those challenges. We have worked so hard to get here and to ultimately achieve success. I know we will continue to play for each other, and push ourselves to do the best we can” said Stephanie Soares of the Rams.

Stephanie Soares is this teams quarterback and one of the best setters in NJ high school volleyball. She has amassed over 350 assists which is about 8 per set. She also has 23 aces, 75 digs and 17 kills. She runs the attack very effectively for the Rams and has multiple weapons in her arsenal. Rachel Pharo is a standout on the attack. She leads the team in kills and digs and is a picture of versatility. Junior Hailea Krause is an offensive presence at the net. The middle is solid with both Corrine Hughes and Emma Gildea splitting time. Maddie Gellis and Regina Ingling are solid on the back row and Southern also has an impact freshman, Jordyn Hamlin, who has made solid contributions as a young, first year player.

Senior setter Katie Montenero has had a great year orchestrating the attack for the Chiefs. Gabby Waldman has been the go-to player on the attack all season for Cherokee. She leads the team in kills and aces. Michaela Ryan and Krista Blassman are a super solid middle pair. Cherokee has a standout freshman of their own in outside Taylor Bartrum. She will be a star of the future for the Chiefs. Becca Carr and Justine Harvey handle the defensive chores. Becca leads the team in aces.

It is apparent that Sunday’s rating update will have Southern as NJP’s pick based on the rating system. It would also suggest that this could go three sets, especially that the game will occur at Cherokee. Even with limited fans, the house will be rockin.