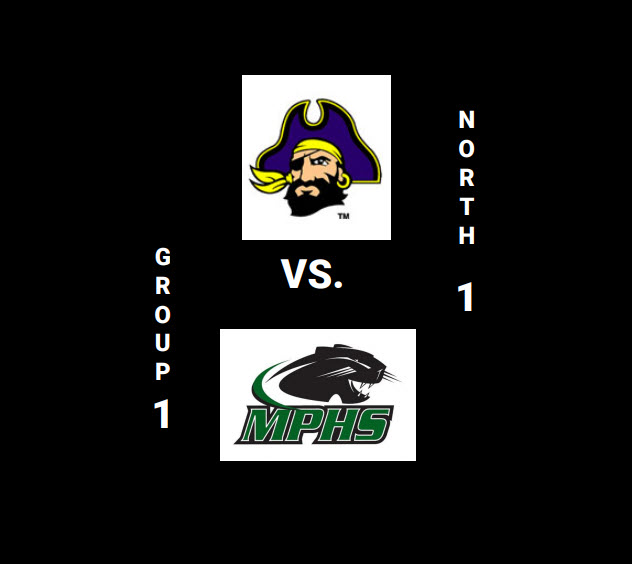 This is a true Marquis match-up for the state sectional playoffs as undefeated Bogota takes on undefeated Midland Park. One of these teams will finish the year with a perfect record.

Bogota has not lost a set this season and comes in at 9-0. In fact, no team has been close to winning a set. Leonia took them to 22 in their first match of the season but had lost the first set 25-7. Three teams got to 18. But on average they are only giving up 12 points to an opponent per set. They were not able to play their first game until 3/30, a full two weeks behind most teams in New Jersey. It has been pure dominance since they have been on the court though, and they are loaded from top to bottom with top-flight talent.

In a similar situation, Midland Park’s first game was 3/27. They are 11-0 coming into the sectional final and have been tested a couple of times as they were brought to three sets by Cresskill and Emerson. That was early in the year and they seem to be hitting their stride now beating Mountain Lakes and Leonia in their sectional playoffs in sets that were never really in doubt. Midland Park was #6 in the state in NJP’s pre-season ranking, Bogota was #3. They returned so much of their talent from last years successful 19-4 team that went to the Group 1 semifinal before being eliminated. And yes, they were eliminated by Bogota.

Senior Kiara Polanco has been lights out for Bogota this short season. She averages over 7 kills per set, is versatile, athletic, and a star on the court. She is the ultimate Buccaneer weapon and they rely on her to produce a large portion of the offense. She currently accounts for 56% of the teams kills and is a clear go-to person on the attack.

Midland Park has a multitude of weapons that are deployed in almost equal proportions, making it much tougher to defend against. They have 6 players with kill counts ranging from 29-59 in the short season and setter Julia Calderone spreads to attack based on the opportunity. And there are some great players in that mix including Chiara Brenna, Sara VanderPyl, and Paige Tuozzo along with Adrianna Amos, Grace Gallagher and Tara Hall. Tuozzo is an absolute demon on the block and has 29 in just 24 sets.

In addition to all of the Midland Park players mentioned on the attack above, Jessica Balala is the trusted defensive libero on the back row with over 100 digs. VanderPyl, Tuozzo, and Brenna are key figures for the Panthers and will need to be at top form to beat Bogota. This team is laden with upper classman and have no sophs or freshman.

In addition to Polanco, Three sophomores stand-out for the Buccaneers. Ashanna Caviness at middle has 40 kills and 14 blocks. Mia Pimental has supported senior Amber Vazquez at setter and has contributed 84 assists, 10 kills, 16 aces, and 22 digs. And Angelina Buhler has 32 kills, 4 blocks and 6 aces. These young players will drive success for Bogota for the next two years. Senior Ciara Feliz is a defensive gem. Carmen Cruz also is a solid contributor and will look for a big last game of her career. Senior Vasquez quarterbacks most of the strategy for the Buccaneers.

The key for Midland Park is to defend Polanco. If Tuozzo and VanderPyl can get in her face at the net, they can neutralize the Bogota attack. But no team has really been able to do that this season. So the play close to the net will carry the tempo of the game. Both teams can defend well. And both teams are not used to playing from behind so whoever takes the first set will have a big advantage mentally for the rest of the match.

NJP Selection: The algorithm makes it impossible to pick against Bogota. With a strong win against a top team like Midland Park, they can stake a claim to be the #1 team in NJ, especially if other games in the state go their way such as an IHA or NH loss. Midland Park is in the same situation. By beating Bogota they will rise swiftly from #20 to probably a top 5, again depending on whatever else happens on Magic Monday or Dream Tuesday.