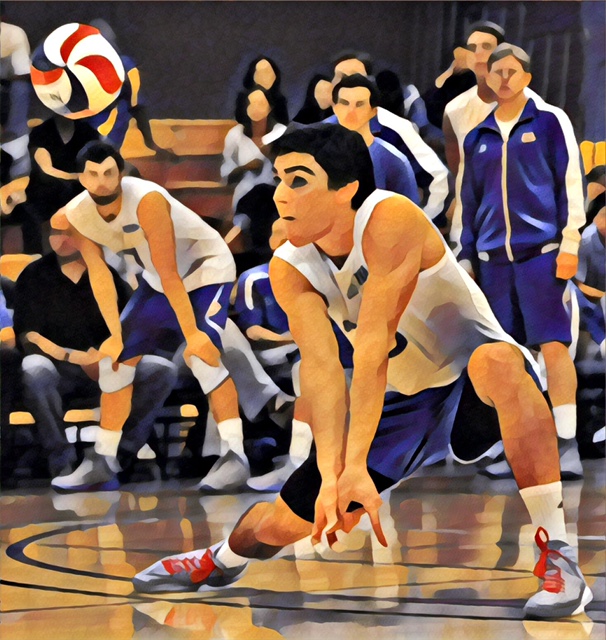 Night three of the young season for NJ Boys High School volleyball brought some very interesting data for us to process in the “wide-open” season we call the “Spring”. Let’s take a look at some game results and other observations…

#8 Livingston is off to good start at 2-0. They handled Bloomfield Wednesday night. Junior Chris Lynum is such a strong player. He will carry the load on offense for the Lancers. Chris may be the best junior in NJ. 9 kills vs. the Bengals.

#18 SPF is now 2-0. Nine different players with kills as they convincingly defeat Westfield. SPF was #18 in our preseason ranks and it looks like they may be moving up.

One of the big games on the slate last night was #11 West Milford hosting #5 St. Peter’s Prep. Matthew Christ was a real standout in this game for the Highlanders as well as the usual stud Ryan Thenell. Matt had 9 kills and Ryan added 7 on a night where West Milford jumped out to a quick start early dominating game one, and then came back to close out the Marauders in game 2 after trailing 20-17. West Milford looked strong in the livestream. Peter’s was solid on the block, but the Highlanders were just better tonight.

Newark East Side got their first win tonight as they defeated Millburn 25-18, 25-18. NJP soiled the bed on the preseason analysis of the Red Raiders. Nick Lima with another strong performance as NES may be moving up 100 notches in the rankings… 🙂

Hackensack is 2-0. Jalen Allen had a monster game in the opener. They will be moving up the ranks for sure.

In another big game, #3 St. Joe’s Metuchen got off to a good start to their season with a thrilling three set victory over #21 JP Stevens.

Passaic moved to 2-0, powered by Angel Larsen’s 13 kills, in a three set match against PCTI. This was a nail biter as Passaic took the first set and PCTI battled back to take the second set 28-26. But Passaic held on in a tight set 3 to prevail.

A super performance by Tom Palluzzi of Wall as he slams 17 kills in defeating #19 Howell 2-0.

With college coaches not being able to visit, and most seniors never having played varsity volleyball due to last years cancellation, it is more important than ever to make sure teams post their stats each night. Last year, there were just too many teams who were not submitting stats and bringing visibility to their players. We are seeing the trend already after just a few nights. What a great way to give a student manager an opportunity to be part of the team and submit timely information. Perfect for a resume. Coaches typically do an amazing job of delegating. Keeping our fingers crossed.

In the big NJ HS volleyball game today... CBA defeats Southern in straight sets... the Colts beat the Rams. Congrats to CBA on their biggest win of the year... https://www.instagram.com/p/COtyYedMK77/?igshid=1ceoa4ag9xzda

We know... the anticipation can be brutal. But there is a new NJP boys ranking, player rater, sectional analysis, boys blog, and Predictor out this morning... at http://njpowerranking.com https://www.instagram.com/p/COsh1_0iq1V/?igshid=dc293lsiyq4d

The Predictor Picks are in for tomorrow... I know it’s late but don’t look so excited. Who will win the Southern/CBA matchup? http://njpowerranking.com https://www.instagram.com/p/COrVumWCltr/?igshid=j4i6iqtjdhr0

Something has happened for the first time in NJP’s history... Check out the new Boys HS volleyball rankings for 5/9 at http://njpowerranking.com https://www.instagram.com/p/COrMhC6sH_B/?igshid=2z8xm1w7ect

Happy Mother’s Day to all our favorite volleyball Moms in NJ. Your passion and love is an inspiration. https://www.instagram.com/p/COqd7sHMKbc/?igshid=1t3ofiruy3ft9