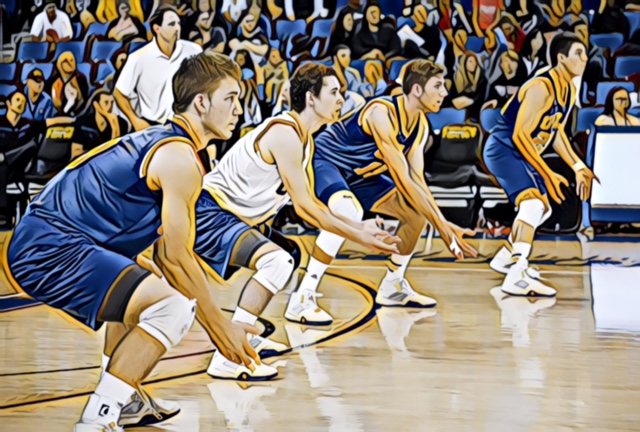 Another night of games in our first week of the boys season. We are starting to get a bit of clarity on who will be the strong and weaker teams. But lots can change as teams start to rev up their engines. If you lost a game, don’t get discouraged. It’s all part of your learning to be a better team when it counts, at the end of the season. The short ramp up and practice period will have some teams develop slower than others. But state playoffs remain a wide open event right now. Let’s take a look at some game results and other observations from Thursday…

As members of your team approach career milestones such as 1,000 kills or 100 blocks, or a Coach approaching 200 wins, or anything you think is an appropriate milestone, give us a shoutout so we can recognize that person. You can email us at njpowerranking@gmail.com or just dm us through any of our social channels.

Which reminds us, if you are not connected to us through Instagram, Facebook, LinkedIn, or Twitter, please do so. We put a lot of our content on social channels including shares of team and individual player feeds. Just go to the home page and you will find links to each of our social channels there or just search for njpowerranking on any channel. Sharing our links is greatly appreciated as well as we try to reach as many people in the NJ volleyball community as possible.

This young man has had an epic career despite losing an entire year of stats last season. He is about to crossover the 1,000 assists mark and in all probability will reach that goal this Monday. A big NJP shoutout to our friend at the Paterson Eastside Ghosts Alberto Torres. As a sophomore, he was the setter feeding George Gonzalez on his NJ best 427 kills for the 2018-2019 season. Alberto played at SideOutSports this Fall and continues to raise his game to new heights. Many thanks to Coach Robert Black for the heads up. And we also expect him to get to the 100 Ace club soon. Serving is one of his passions. Congrats Alberto!!!! Go Ghosts!

#18 Scotch Plains-Fanwood coasted against #45 Bloomfield tonight with another well balanced performance. SPF is a strong squad that we expect will be in the NJP top 20 all year. Tony Ngumah and Nate Sta Rosa had there best games of the season thus far. The Raiders always have an enormous amount of club team players in a year round rotation.

In Tri-County action, Williamstown jumped back after losing to Southern and took down previously unbeaten Kingsway in three sets. Lorenzo Bonomo was lights out tonight with 14 kills, 13 digs, a block and an ace. Dubtown is very solid at all six starting positions and will be tough to beat in division play. Clay Manning and Max Ma were awesome for Kingsway, but fell just short.

#14 Marlboro got 18 kills from Nick Brzoska and 14 from Dan Marino but it just wasn’t enough to beat Central Regional on Thursday. Central’s Dan Kejda and Tyler Iozzi dug in with double-digit kills of their own and Vincent Matullo slapped back 4 blocks in a three set win. Central is a team to watch as move toward the end of our first week of games.

Pope John, #34 in our preseason poll, knocked off Summit tonight. Collin Mills was outstanding for the Lions with 14 kills, a block, and 15 digs. The future aviator did some flying on the volleyball court tonight leading the Lionsto a 2-0 record. Mike Lavin had 7 kills and 13 digs and Dylan Angner had 21 assists and 3 aces. Pope John looking solid!

#10 Jackson Memorial cruised past Colts Neck to move to 2-0 on the young season. You are going to hear the names Ben Fryc and Konrad Bieniek all seaosn long as both players put up 10 kills. Konrad added 7 digs and 3 aces. Ben had 2 aces. The Jaguars were expected to be a top 5 team last year but have sustained enough talent to again be in the mix for best at the shore.

Rancocas Valley moves to 4-0 after 4 nights of the season. NJP has the Red Devils as a top 50 team but did not expect them to get off to this hot of a start. Tyler Myers again with a solid game and 7 kills. Nathan Nankervis had 8 kills and 2 aces and Ryan Martin had 4 kills in the win. Austin Wirtham lead the team with 5 aces.

RBC is now 2-0 after taking down first year program Middletown North. Not a bad showing for North, getting to 20 in the second game.

Nazon Triplett had 9 kills, 2 blocks, 4 digs and an ace as East Orange moves to 2-1 on the young season with a convincing win over West Side.

Manchester Township opened their season with a win over Long Branch. Nice performances by Gabriel Estrada with 9 kills, Evan Weiner with 8 kills, and Dan Sinton with 15 digs. Blake Weiner with 25 assists and 5 aces.

We expect to issue our first ranking of the season on Sunday. Which means the predictor will be back next week with NJP prognosticating future game scores on a nightly basis. NJPputs its ranking system on the line every night of games. We maintained a 86% win percentage with the girls season. We will see if we can do better with the boys.

Please remember, our ranking system is a proprietary algorithm that uses “math” to project rating points and rankings. We strip the subjective views out of top 10’s or top 20’s and provide a rating for every team in the state. It was over 300 teams on the girl side. We expect 164 teams for the boys this season, up 8% from the last season played.

We also expect to have our FINAL girls high school ranking out on Sunday (or earlier) and will start with some end of season awards next week as well.