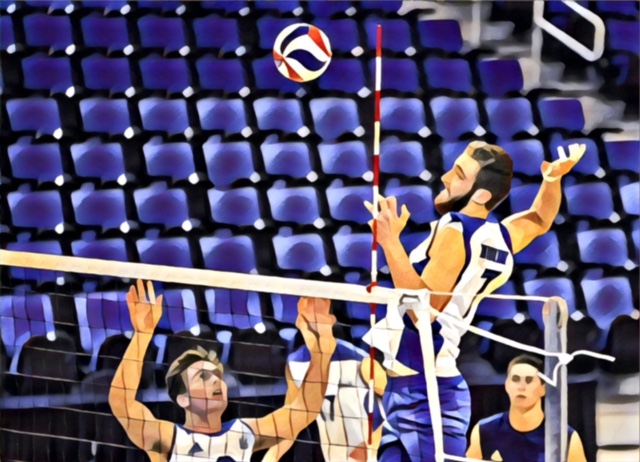 Another night of games in our first week of the boys season. We are starting to get a bit of clarity on who will be the strong and weaker teams. But lots can change as teams start to rev up their engines. If you lost a game, don’t get discouraged. It’s all part of your learning to be a better team when it counts, at the end of the season. The short ramp up and practice period will have some teams develop slower than others. But state playoffs remain a wide open event right now. Let’s take a look at some game results and other observations from Thursday…

Don Bosco off to a great start at 3-0. Junior CJ Barker with another outstanding performance for the Ironmen with 9 kills giving him 25 in three games. Liam Egan had an oustanding game as well with 8 kills.

Matt Christ is a real player to watch this season for the #11 West Milford Highlanders. He posted 11 kills as the Highlanders moved to 3-0 beating Wayne Valley in straight sets.

Speaking of players to watch, junior Jack Freese, the 6’8″ middle for #9 Hillsborough had another solid game last night as the Hilltoppers topped #6 St. Peter’s Prep by the narrowist of margins 25-23, 25-23. Vin Shah with another outstanding performance as well.

Have to love how well Randolph is coming together in their first year. They took Hunterdon Central to 25-23 last night in a set and already have their first win under their belts. A team to watch…

Passaic and Clifton battled last night in a their usual big local rivalry game. Passaic has been dominant thus far and moved to 3-0 despite not having their best player in the lineup so far this season. Very tight match indicating Clifton will be good this season. Passaic will be moving up the ranks from their preseason #38 slot.

#13 Dubtown gets another win under their belt by downing Cherry Hill East in three sets. Bonomo with 10 kills. Drew McNellis is also a player to watch for this season.

Bergenfield has quietly moved to 3-0 blowing out Dwight-Morrow Friday night. Justin Pauli and the Bears are emerging as a potential power in the North. Pauli is currently 12th in the state in kills with 28.

Ridge blasted off their season by defeating previously unbeaten Jefferson. NJP got some snickers when we listed Ridge at pre-season #4 but Justin Hong with 14 kills quiets the skepticism.

Another dominant win for #5 Southern as Tommy Deakyne posts 10 kills as they beat up previously unbeaten Lacy Township. Will the Rams be #1 in our first ranking tomorrow. Only the algorithm knows…

And #17 Colonia beats #21 JP Stevens to go to 2-0. Jerry Charles with 7 kills and Andrew Lukaszewski with 10 digs. Andrew is one of the top libero’s in NJ. Sneh Snah had 18 assists.

We expect to issue our first ranking of the season on Sunday. Which means the predictor will be back next week with NJP prognosticating future game scores on a nightly basis. NJP puts its ranking system on the line every night of games. We maintained a 86% win percentage with the girls season. We will see if we can do better with the boys.

Please remember, our ranking system is a proprietary algorithm that uses “math” to project rating points and rankings. We strip the subjective views out of top 10’s or top 20’s and provide a rating for every team in the state. It was over 300 teams on the girl side. We expect 164 teams for the boys this season, up 8% from the last season played.

As members of your team approach career milestones such as 1,000 kills or 100 blocks, or a Coach approaching 200 wins, or anything you think is an appropriate milestone, give us a shoutout so we can recognize that person. You can email us at njpowerranking@gmail.com or just dm us through any of our social channels.

Which reminds us, if you are not connected to us through Instagram, Facebook, LinkedIn, or Twitter, please do so. We put a lot of our content on social channels including shares of team and individual player feeds. Just go to the home page and you will find links to each of our social channels there or just search for njpowerranking on any channel. Sharing our links is greatly appreciated as well as we try to reach as many people in the NJ volleyball community as possible.