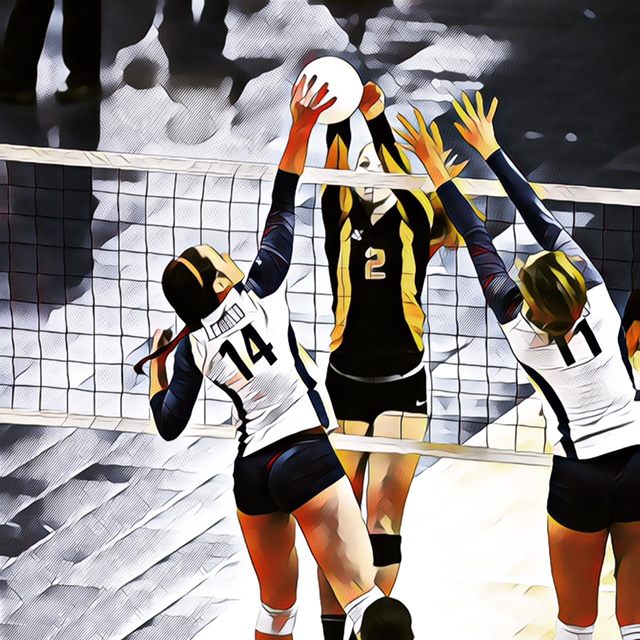 With the NJ Girls High School Volleyball season ending this past Tuesday, NJP wanted to give some additional analytics to the players and coaches as well as our year-end awards. It was a truly amazing short Spring season. There were so many players with exceptional accomplishments this Spring. And this is our effort to recognize those players.

Our NJP Awards are all data driven. It is math-based and is put together by using statistical analysis. It “only” uses statistical analysis so it is of course flawed. It can’t measure the teamwork, emotional passion, and spirit every player brings to the court. It does not measure “heart” which is so important in the make-up of a volleyball player.

But with that said, it is a totally objective approach to assessing the season and each players impact. We have put together a player rater algorithm that factors in values for each statistical data point. It also reflects a factor for schedule strength of opponent. The best player in NJ as determined by the algorithm has a 100 rating. NJP also calculates where that player falls in a percentile factor and awards players who are in the top 5% in overall rating. Here are descriptions of the awards noted below. Congrats to all the players for getting through this pandemic year season so well, making accomodations, and getting some joy playing the game we are all so passionate about.

PLAYER OF THE YEAR AWARD – Awarded to the highest rated player in the state.

PLAYER OF THE YEAR RUNNER UP – Awarded to a small group of players who just missed top honors.

100th PERCENTILE AWARD – Awarded to those players in the top 1% of player ratings in the state.

TOP 5 AWARDS – Given to those players who finished in the top 5 players in the state for overall rating, player rating by class year, and each per set stat category.

TOP 10 AWARDS – Given to those players who finished in the top 10 players in the state for overall rating, player rating by class year, and each per set stat category.

CONFERENCE AWARDS – Player of the Year for the highest rating in each Conference.

STATE SECTIONAL CHAMP AWARD – Recognizing those players who were on rosters and had stats for State Sectional Champions.

STATE SECTIONAL RUNNER-UP AWARD – Recognizing those players who were on rosters and had stats for State Sectional Runner-Ups.

SECTIONAL PLAYER OF THE YEAR – Awarded to the Highest rated player in each Sectional.

Over 900 players have received an award.

Congratulations to McKenzie Wiggins of the Sparta Spartans for being the NJP Player of the Year for Spring 2021.