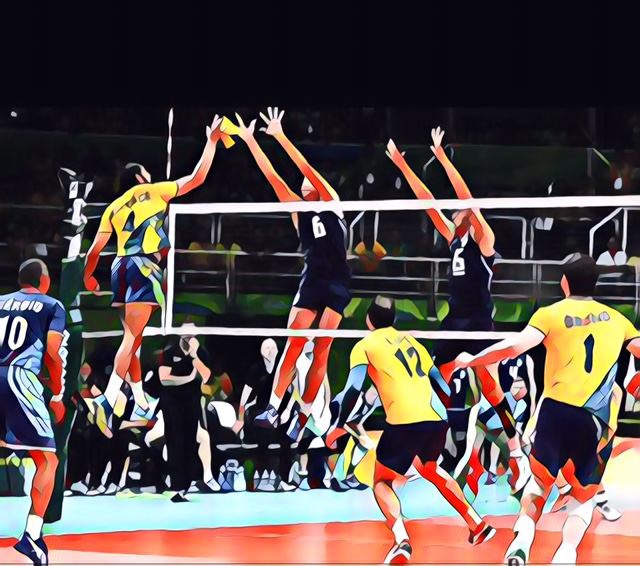 It’s State Tournament Seeding Day!!! We are going to take a look at each sectional and see how the seeds compared to NJP and also NJ Volleyball God Brian Bobal at NJ.Com. This is always a very tough time when seeds are completed by committee. Logic is second-guessed and every team thinks they got the short end of the stick. Unless you are the #1 seed that is… Our goals at NJP have always been to bring a higher level of transparency for fans and also provide detailed analysis and mathematics that can take the guessing and subjectivity out of the process. Always much easier said than done.

We completed an article around the use of Power Points for seeding purposes. We praised the NJSIAA for developing a system that is fair, has pre-communicated criteria, and worked for the Girls this short season. In our opinion, and we were very skeptical of the system, the Power Points process was a fair one. That article is at this link… https://njpowerranking.com/2021/04/18/the-power-point-system-does-it-work/

Our goal is not to second guess the seeding committee but more to try to understand the reasoning on some of the seed assignments. We have to say that the vast majority of our seedings were very close to the committee. Kudos to the committee for all of their efforts. With that being said, there were just a few that were far apart. Let’s take a deeper look…

Across the Board, NJP, BB (Brian Bobal), and SC (the Seed Committee) have the same 1-2-3 in North 1. Fair Lawn, West Milford, and Jefferson seemed like clear choices. 4-5-6 were also very close, within one from each. Bergenfield-Bosco-Wayne Hills.

Then we all had different opinions on the next grouping. The seed committee favored the NJAC filling all 4 spots from 7-10 with teams from that division (Pope John, Dover, Randolph, and Vernon). NJP included Lakeland in the top 10 top rather than Dover. Brian went in a much different direction and had Bloomfield, Hackensack, Indian Hills, and PCTI. The SC and NJP have Bloomfield at 16 & 17 compared to Brian’s 7. So we both may be underestimating the Bengals. The Same with Indian Hills. We had 9 seed differences on Garfield and Passaic Charter as the SC has them much higher than NJP. And an 8 point swing on Teaneck where NJP has the Highwaymen much higher than the SC.

We are projecting Fair Lawn to have a smooth ride into the semi-final when it will start to get interesting. We think one of the top 5 teams here have a 95% chance of advancing to the Final 4.

We all basically have the same top 10. We just have them configured much differently. NJP and BB have SPF as number 1. NJP has SPF as the number one team in the State of NJ. BB has them as #4 in the State. The SC put SPF third in the sectional. The players of SPF have done everything that has been asked of them. They are 17-0 at the cutoff, have the best record in NJ, have not lost a set all season, have beaten ranked teams in Ridge, Colonia, and Union, all in straight sets. Taking nothing away from Kearny and Payne Tech. They both have great teams. But it appears that SPF received a two seed penalty for something during the season that we can’t explain. We get the argument to say they are not the #1 team in NJ based on strength of schedule, which we would argue. But to put them third in the sectional is a major point of differentiation.

Livingston, St. Peter’s and Ridge have built their schedules to play as many top 20 teams as possible. And yes they have losses against some of those teams. Any of those teams can surprise. Love to see Newark Eastside and Payne right near the top. This should be a really fun and competitive sectional to watch.

BB and the SC are very close on the Central top 10. So is NJP with 2 exceptions. We have Wall and Marlboro much higher in our evaluation than the SC in the top 10. Outside the top 10, we have two major discrepancies as well with Colts Neck and Howell much higher in our ratings than the SC. We have Howell as #10 and they received a 25 seed and we have Colts Neck at #13 and they received a 22 seed. Time will tell on how these teams fare.

The top 4 teams are rock solid and despite how good the rest of the Central is, we think one of those 4 will certainly advance to the Final 4.

We have a unanimous number 1 with Southern. Our top 7 is very similar. NJP and BB have Jackson Memorial at #2 but they received a 6 seed. Williamstown got the #2 seed and NJP and BB have them a bit lower at 4 and 5. But they have a great team. NJP has Gloucester Tech in the top 7 but they received a 12 seed. This sectional seems very wide open with the exception of Southern being on top.

There are certainly some talented teams that can bring Southern down but it’s going to be really tough. Jackson Memorial is the only team in the sectional that took a set from Southern this season. Williamstown can beat anyone on any given day. And Moorestown is undefeated and may be way better than we give them credit for. Rancocas is also in the mix and likely to make a semi-final match.

Nice night for the Predictor at 18-1 on the Tuesday schedule. Congrats to Northern Burlington on taking down the Predictor.

County tournaments will wreak havoc with the schedule once again as cancellations will occur as Counties override the original schedule. SEC and Hudson County is underway.

Here is the Hudson County grid…

All 4 top seeds won tonight setting up #1 Kearny vs #4 Union City and #2 Bayonne vs. #3 St Peter’s Prep. These matches will occur on Thursday.

It’s time to get ready to “go the distance”…