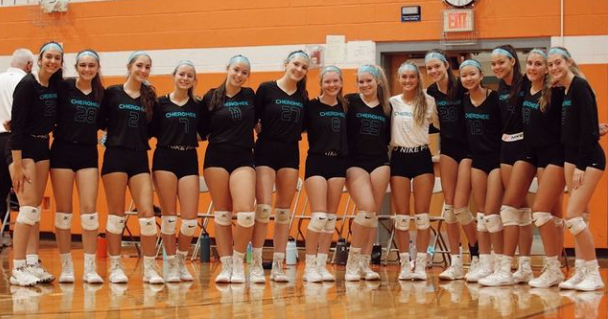 There were some key games on a light Saturday schedule but it’s another big tournament weekend as we finish week #3 in the New Jersey high school girl’s volleyball season.

Let’s take a look at some tourney action first…

Congrats to Elizabeth for taking the Blue Tide Invitational Tournament in Harrison this weekend.

Congrats to Scotch Plains-Fanwood for taking the “Healing the Children” Tournament run by Impact Volleyball in Rahway. SPF got past Linden in a thrilling final that went 27-25. Other participants in the tournament were Summit, Piscataway, Rahway, and Johnson in addition to the finalists.

And the winner of the Lancer Invitational Tournament in Livingston is…. drum roll please…

The Blue Eagles are two for two this season in tourney’s… to absolutely no one’s surprise. IHA defeated West Morris Central in the final.

The Southern Rams takes their home tourney today with a thrilling win over Washington Township in the final. WT defeated Barnegat in the semi and Southern defeated Jackson Liberty in the other semi.

Tenafly Tiger Spike Tournament results have not been fully received yet. Congrats to Park Ridge for placing second.

Hailey Benesz of East Brunswick stepped up and played setter today against Hillsborough. She came through with 25 assists to lead the Bears past the Raiders in straight sets. Page Anania had 12 kills. Benesz also posted 6 aces in the Raiders weekend win. EB adds one more victory before tomorrows NJP Ranking #2.

Paul VI racked up two big wins on Saturday against some premier opponents, Rancocas Valley and WWPS. This will serve the Eagles well going into tomorrow’s ranking. WWPS rebounded with a big win over Cherry Hill East. Sadie Arasim was outstanding today leading the Eagles in kills in both games.

Secaucus, Donovan Catholic, and Jefferson all added to their winning records on Saturday.

Rankings and other statistical gems on the slate for tomorrow. Stay tuned.