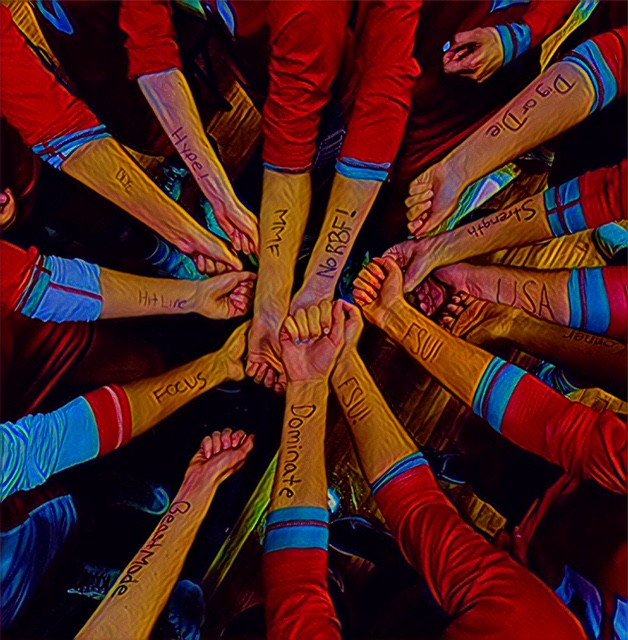 Colts Neck had it hands filled when they took on Long Branch today. Long Branch has struggled thus far this season but was super scrappy and hung tough with the Cougars, taking them to three sets. Colts Neck is now 7-1 but we wanted to note a really nice performance by Long Branch senior Maria Goncalves Luz. Maria had one of the best performances of her high school career notching 10 kills, a block, 2 assists, and 4 digs for the match in addition to 4 service points. A spirited effort by an outstanding player.

Southern is on such an interesting journey this fall season. NJP had them in the top 5 in preseason analysis. They had such an outstanding group of seniors last season that have been lost graduation and their is always a bot of a curve to overcome as new players take the spotlight. The Rams lost 5 of their first 7 games albeit to some very tough competition such as North Hunterdon, Williamstown and St. John Vianney. Then a light switch went off and things started to click. They won 6 in a row and seem energized and back on the path to the top 10. They knocked off Washington Township and Toms River East as well as Toms River North during the streak. Tonight, they visited Barnegat, a team that was also in top 25 in the NJP preseason rankings but came into the game at 6-5. Both sets were super tight but Barnegat came away with two, 2 point victories in each set to give the home town crowd a night to remember. Middle Hailey Krause had 11 kills and Brianna Otto was a force on defense, but it was not enough to take down their league rival. We look forward to seeing these two teams in the Shore Conference tourney as well as states.

The NJAC is just such a tough division where each team has a high level of talent. Vernon has been playing well and inching closer to the conference elite but Hanover Park stepped up today and gave the Vikings a bit of a spanking. Sophomore Kelly Stephen had by far the best game of her young high school career smoking 9 kills and registering 3 blocks for the match. Ava Torkos had 5 kills, 2 aces, and a block for the Hornets who improved to 4-3.

Mount Saint Dominic took to the road today and visited Nutley in an SEC showdown. The Lady Lions were not very nice guests as they trampled the Raiders in straight sets. Bridget Lonergan, with another big showing, had 11 kills and Isabella Rivera had 13 assists and three digs. The Mount is now 9-4 on the season overall and 8-4 in the SEC.

What a performance by Gretchen Haray today in the huge matchup of Big North powers Demarest and Old Tappan. Believe it or not, Gretchen quelled 10 blocks while adding 5 kills for the Norseman as they improved to 8-0. Old Tappan dropped to 4-4 but we know they will be primed come state playoff time. Princeton commit Niki Woods had 6 kills and 8 digs and Gianna Galli had 8 kills and 2 blocks. Demarest is ranked #1 in NJ in the recent USA today high school poll and #2 in NJ in NJP’s last ranking. Demarest out-blocked Old Tappan 17-3.

It’s been a whirlwind for Paul VI this past week as they get some key games under their belt including tonight’s showdown with Washington Township. Both teams came into tonight undefeated in conference play and wanted to earn bragging rights as the best team in the Olympic. The Eagles left no doubts as they won in straight sets 25-21, 25-16. They are the team to watch as they continue to improve and show off their many talents. They are now 11-2 on the season.

If you are head coach Reynaldo Ferreira, you have to be so pleased the way the Kent Place season is progressing thus far. The Dragons have been lights out this year ripping through their UCC opponents and rising up through the ranking system to be considered one of the top teams in NJ. They have stars on their squad and a blend of senior leaders and young underclass talent. It was another solid outing today as they completed a season sweep of Westfield with a straight set win. Senior Iman Handy and Sabrina Skyers leading the way as usual and sophomores Lauren Osuala and Margeaux Morial brilliant as well. They will finish September as one of the handful of undefeated teams in NJ. And don’t think we forgot, Iman… you were our first girl’s player interview on the NJP website going back to 2019.

Ridgewood is certainly inserting themselves as a major team to contend with this Fall. After their opening day loss to IHA, they have now reeled off 6 straight wins, including Pascack Valley, Ramapo, and tonight’s win against Northern Highlands, giving the Highlanders their first loss of the season. The Cammi Quirk to Ava Pascual connection tonight was at full throttle as Quirk posted 20 assists, in addition to her 10 digs, kill, and a block, and Ava slammed 11 kills and 2 aces. Stellar performances by Annabelle He and Michaela Tsapatsaris with He ripping 6 kills and a block and Tsapatsaris putting back 4 blocks as well as 4 kills and 4 digs. The Maroons are heating up.

We put out our second team ranking of the season which can be seen here at https://njpowerranking.com/2021/09/26/overall-ranking-2-for-the-nj-girls-high-school-volleyball-fall-season-9-26-21/

We also issued our divisional, conference, section, and group at https://njpowerranking.com/2021/09/26/division-conference-section-and-group-rankings-for-nj-high-school-girls-volleyball-at-9-26-21/

We also launched today our player report card and the NJP Player Rater, overall and by stat category.

NJP Predictor was on fire today (in a good way, not a crash and burn) posting a 48-2 record thus far. We will see how the night finishes. Here is a season to date update…