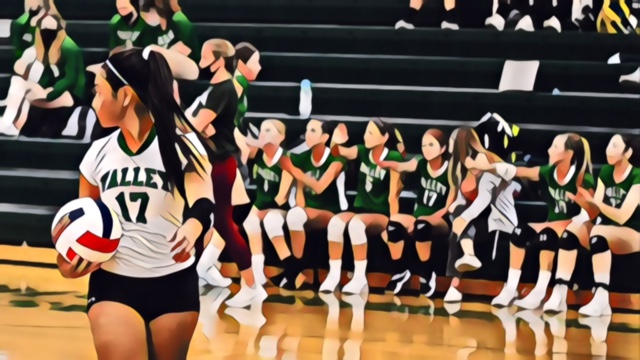 It is now October which signals that the NJ High School volleyball season is nearing its mid-point. Time is flying by but there still an enormous amount of volleyball ahead of us on the girl’s high school level.

We have continued our player interview articles throughout the beginning of the season. Two new interviews launched in the last 24 hours…

We also launched a detailed article on the remaining unbeaten teams in NJ and the landscape looking forward to predict who will remain that way for the foreseeable future. Link at https://njpowerranking.com/2021/10/01/nj-high-school-volleyball-undefeated-teams-dwindle-to-14/

Let’s jump in to today’s schedule…

What an impressive season Toms River East is having. They improved to 8-1, with their only loss coming from division rival Southern. The shore has been anything but predictable this season but TRE has been solid, dependable and talented. The Raiders opened October with 11 aces against Lacey in a straight set win. Rebecca Keith added another 8 kills to her Fall CV. With Brick Memorial on 10/4 and Southern again on 10/5, TRE is gearing up for some heated battles.

Usually, this time of the year belongs to Mendham. Greg Racz’s squad always improves as the season ages at a rate a bit higher than other teams. They are on a 4 game win streak now after polishing off league rival Sparta in straight sets. It was a statement game as Mendham limited Sparta to just 10 points in set one. Poppy strike again, this time adding 8 kills and a block. Skjonnemand is always providing a big spark to the Minutemaid middle role. Sarah Wilcock is getting more comfortable in the 6-2 and pounded 4 kills and 4 aces while quarterbacking 8 helpers. Katie Webber lead Mendham with 11 assists. Annibelle Ernst had 4 blocks and three kills as well. Sparta opened the season at 10-0 and now finds themselves with a 2 game losing streak and Roxbury on the schedule in 1 week.

Florence continued its winning ways as one of the 14 unbeaten teams in NJ. Today they smashed 21 aces by 7 different players as they blew past LEAP. Florence is 8-0.

Donovan Catholic is now 11-1 after downing Colts Neck, who came in to the game at 7-1. Both these teams will be major teams to contend with come state playoff time.

Lodi Immaculate remains unbeaten as well as they crushed Wood-Ridge today, outscoring them 50-17. Anna Geisler had 6 kills and 8 digs, and Sydney Kropiewnicki had 4 kills and 2 aces. Cameron Fulcher had 3 blocks and 2 kills. Beware of the Wolf!

Hailey and Samiyah? Samiyah and Hailey? Which ever order you out them in, they are the two stars at MKA as well as the SEC. Samiyah Rahim had 10 kills and Hailey Fouche had 13 as MKA pounded West Orange in straight sets. Here are the top 20 leaders in Kills as of 9PM tonight… These two are #1 and #20 of close to 4,000 players:

Bogota edged past a very hot Cresskill team that has shown they deserve consideration in the top 25. Ashanna Caviness was again outstanding smashing 18 kills in the two set match. She also had 2 blocks. Gyanna Hernandez had 8 kills for the winners with Mia Pimental posting 28 assists and 2 kills. Niahm Tobin was stellar for Cresskill and kept the sets close with 5 blocks and 7 kills. The Bucs are now 9-1 and have won 9 games in a row.

Wayne Valley knocks Clifton from the unbeaten ranks but it was a really close match at 26-24, 25-23. Valley had 4 players with 6 or more kills and Isabella Isaacson posted 22 assists in the Big North battle. Jen Haworth, Isabelle Borowinski, Neary Sofia and Emily Pogorelec were outstanding on the Indians attack. Kate Louer’s crew hung tough but came up just short on the road.

Bryan Bautista slashed 8 kills and a block while also adding 8 digs and an assist to lead Washington Township over a struggling WWPS team today. Isabella Dulude had 4 blocks and 6 kills and Addison Sonberg had 11 digs and 2 aces for the Patriots. WWPS started the season at 5-0 and have now lost 5 of 8 games.

The battle of Pascack took place tonight as Valley took on Hills. These are two very strong teams in the Big North and Valley was slightly higher in the ratings but both are forces. Valley had too much firepower and prevailed in a straight set win. Sabrina Hirsch had 8 kills and Nicole Buckley added 7 for PV. Buckley also led PV with 2 blocks. Kaleigh Higgins had 18 assists for the winners and Sabrina Arcilla had 15 digs.

We knew Ridgewood vs Old Tappan would be a special game showcasing the Big North teams that are on the cusp of greatness. This turned out to be a one on one matchup of the teams star players as Jola Olutiola and Annabelle He locked horns in a whoever gets the chance last will win. Annabelle lit up the stat board with 16 kills and 16 digs as well as 8 aces in a monster effort for the Maroons. But Jola Olutiola smacked 20 kills, 18 digs, a block and an ace to lead the Knights to a remarkable win in three sets.

The Trojans of St. Thomas Aquinas is now 13-1 after taking down Timothy Christian in straight sets. Olivia Alicante had 10 kills and an ace and Danielle Suter had 17 assists, 2 kills, and 2 aces for the Trojans. Kylie Ferber launched 5 aces for the winners as well.

Two monster games on the Saturday schedule that need to be noted:

Sunday is a new ranking and plenty of more player and team analysis. Stay tuned.