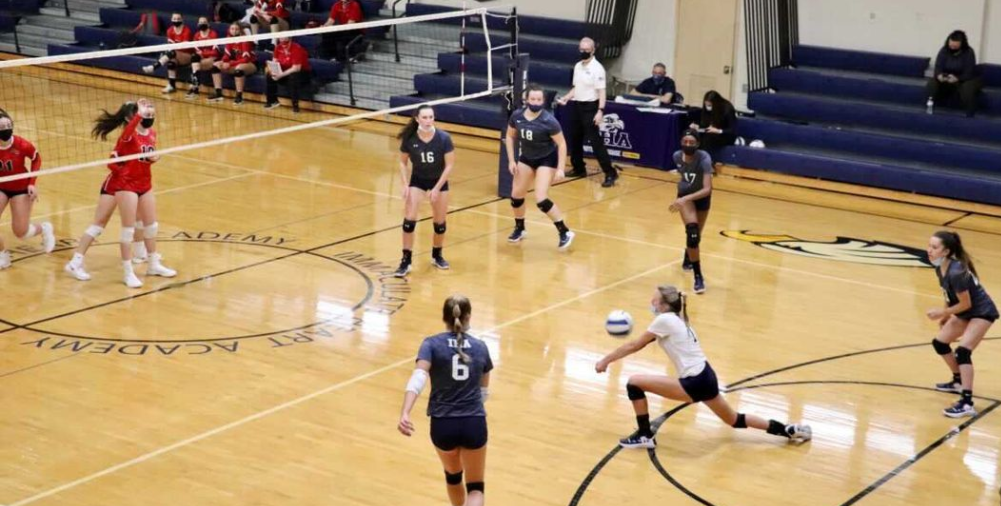 We attempted to predict the trajectory of undefeated team on the NJ high school volleyball landscape at the beginning of the season. We have used a very simple algorithm that basically adjusts the undefeated team reduction on any given game playing day by 15% based on our historical research. This formula has been a near perfect match to how undefeated teams have regressed throughout the Fall season. NJP predicted 12.22 undefeated teams at the end of September. The actual amount is 14. Based on well over 300 teams in the pool, we feel this is statistically viable.

Some undefeated teams have played 13 games already. Others just 3. These types of wide variances do not help in bringing accuracy to the data. But there are a number of conditions present this year (such as COVID protocols) that interfere with the standard.

Our projection has this number continuing to lower to 2 or 3 by 10/15/21. We will take a look at who will likely be those teams below.

First of all, Congratulations to these teams, their players, coaches, parents, and fans. Your hard work has put you in the driver seat for league or conference championships, county tournament seedings, and our NJ state playoff seedings. Earning home court advantage is a huge factor in any of these venues is a huge plus.

Immaculate Heart Academy will undoubtedly remain unbeaten by 10/15. There is no real threats on their schedule through the next two weeks. NJ’s #1 team is the most likely team to remain unscathed.

East Brunswick does not have a viable upset candidate on their existing schedule through the next two weeks. The Bears are the third highest rated team on our list of unbeaten. We think they will remain undefeated for the foreseeable future.

Montclair Kimberley Academy is also in a position that there does not appear to be a threat of loss in the next two weeks of scheduled games. Despite being the second lowest rated team in the 14 remaining teams.

Despite their massive talent level and extremely high rating, we dropped Demarest down one notch into the “A” group due to their strength of opponents in their next games on the schedule. Demarest plays River Dell and Roxbury before the 15th, two high quality teams that will have a chance to upset. NJP does believe that Demarest will win both games, but having that high quality level of opponents puts them at risk.

Kent Place entertains SPF on 10/6. We think they have a reasonable chance of beating KP, but it still remains unlikely. KP is loaded with talent this Fall and it would not surprise us to see them enter the state tourney with no losses.

Lodi Immaculate has no real threat on their schedule through the 15th. They face St. Mary’s Rutherford, another current unbeaten team, on 10/19.

Three power teams make up our “B” group with North Hunterdon, Williamstown, and Hudson Catholic representing. North Hunterdon plays Williamstown on Saturday so one of these teams will fall. North Hunterdon plays Ridge as well next week if they prevail over Williamstown. Dubtown not only plays North Hunterdon, but they have Westfield, Shawnee, and Pinelands lined up in the next week, putting them at a higher risk of a loss despite their large level of talent. Hudson Catholic plays rival and top 20 team Union City on the 4th followed by Westfield and West Morris Central within the next week which again represents risks. All this being said, all of these teams have a chance of running the table and staying on the list.

Rutherford plays St. Mary’s Rutherford tomorrow. Both teams are unbeaten, one will fall. We expect Rutherford to prevail and leave them as one of the teams unbeaten on 10/15. They play Bogota on 10/26 and we expect that will be their demise day.

Clifton plays Wayne Valley later today. We expect the Indians to take down the Mustangs.

Florence plays Sterling on 10/5. It will be a tough match up and we expect Florence to fall from the unbeaten ranks.

Mainland has just three wins with no losses. They have not played a game since 9/14. We expect this is a COVID protocol situation but have not confirmed. They have earned a strong rating based on the three games they have played. Too many unknowns to keep them any higher in our assessment.

The Big North and the NJIC each have three teams unbeaten. No other conference at this point as more than one. Three conferences have no teams unbeaten (NJAC, Olympic, and Shore).

NJP thinks it highly likely that more than 2-3 teams will still be unbeaten by the 15th. Our over/under calculation is 7, but it’s a wait and see.

Good luck to ALL teams as they continue their quest for a perfect season.