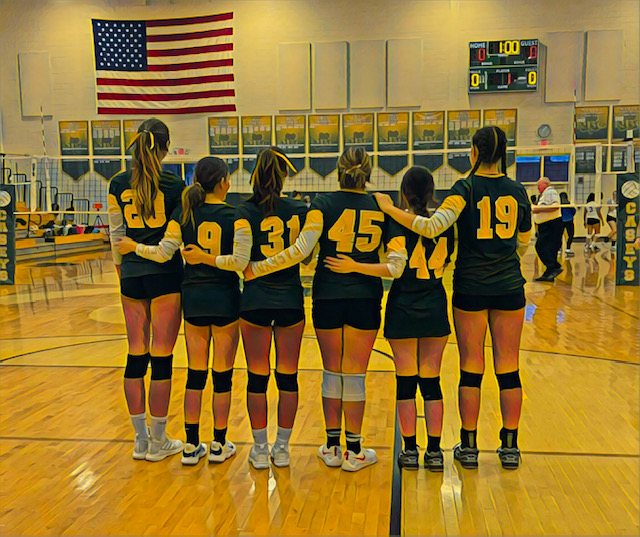 Send us your achievements and record breaking moments for recognition to njpowerranking@gmail.com

Only seven teams remain unbeaten in NJ girl’s high school volleyball. Get the low down and details at this link… https://njpowerranking.com/2021/10/13/undefeated-teams-dwindle-to-7/

Let’s look at some interesting games from tonight’s schedule…

As expected, Wayne Valley powered past Passaic Tech in the Passaic County tournament semi-final. Thirteen in a row now for an Indian team that is peaking at the perfect time. The Championship game of the tournament is this Saturday. The bells were ringing is unison tonight as Isabella Isaacson had 18 assists and Isabelle Borowinski smashed 9 kills for Wayne Valley. WV is now 17-2!

The GMC-Blue division geared up for the rematch tonight between Mother Seton and St. Thomas Aquinas. Aquinas entered the game at 17-1 with one of their wins being a three set victory over Mother Seton earlier in the year. Mother Seton was looking to return the favor tonight and even up their season losses with STA. The Setters set the tone early and moved on to a straight set win 25-21, 25-20. Devan Moses had 7 kills and Maya Brown posted 18 digs in the win. Both teams are playing well.

Jayne Wilkinson slammed 11 kills and Samantha Poling had 5 aces and 6 kills as Pinelands came back to defeat Absegami in three sets. Molly Quigley-Sanborn and Bailey Lawrence combined for 31 assists for the Wildcats. Pinelands remains in a battle for top honors in a very strong Shore B South division. Absegami entered the match at 13-2 and had some nice perfromances by Ayana Crandall who put up 11 kills and a block, Jackie Fortis who had 7 kills and 8 digs, Deesha Chokshi who had 18 assists, 9 digs and a kill.

The biggest game of the night was #2 Demarest taking on NJAC power Roxbury. Demarest has been playing at an elite level all season and they proved to be too much for a super strong Gaels team. The Norseman rotate their big performances each game with an amazing talent level on the team. Tonight, it was Niki Woods who posted 7 kills and 2 blocks, while Gretchen Haray added 5 blocks and 5 kills. Demarest won the second game 25-13, the second lowest total for Roxbury in a game all season.

What a great matchup in the Big North as River Dell took on Ramapo. The Hawks got 17 kills from Alicia Idiculla and Devan McHale and Emma Evancho combined for 42 assists as River Dell improved to 13-2. Po got 24 assists from Victoria Somppi. Carli Silverman had 13 kills and Caroline Thoma added 12.

Ridgewood downed Bergen Tech in straight sets to improve to 14-2 on the season. Annabelle He had 15 kills and Cammi Quirk posted 23 assists as well as 14 digs and a kill. .

We are now 38 days into the season and we have 38 days until the TOC final!