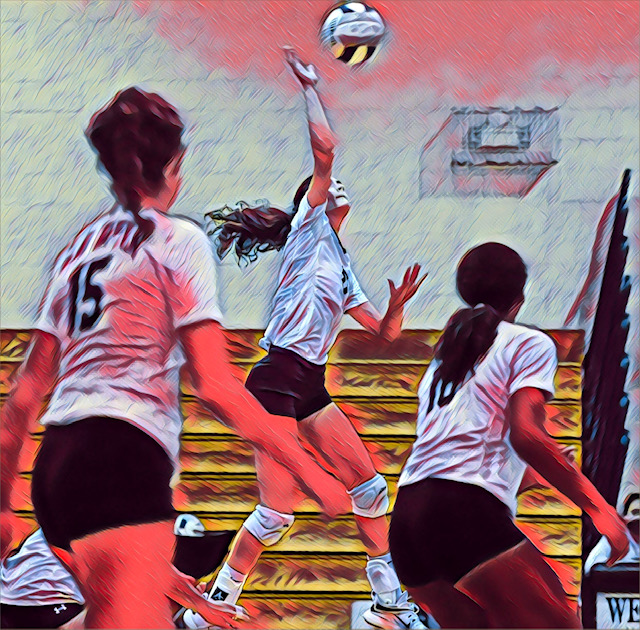 We added a couple of new features to the site today. The first is the “Accolades” page. We love to point out milestones to the NJ volleyball community. It might be an achievement like breaking a school or team record or possibly reaching 500 kills in your career, or 100 aces. It could be a Coach achieving their 300th win of their career or starting their 15th year of coaching. We are just starting to populate this page so stay tune and take notice of some great accomplishments by our high school varsity volleyball players. The “Accolades” page can be accessed directly on the main menu of the home page or at this link… https://njpowerranking.com/accolades-nj-girls-high-school/

We also added a new look on player stats. We have formulated a presentation of all active players career stats by each individual stat. We often lose sight of the accumulation of stats achieved by players over their entire high school career. We often try to present information in new ways that can provide insights into some of NJ’s best players over their careers. This was a post and can be seen at this link… https://njpowerranking.com/2021/10/14/career-stat-leaders-for-active-players/ We will be doing updates with new posts every couple of weeks until the season ends. Then these items will be incorporated into the actual menu pages under the girls high school menu so they can be archived for future reference.

We would love to engage several members of the NJP fan base to do some user testing for us. It’s an opportunity to give Ux feedback that can lead to site changes that can improve the site. If you have specific ideas or would like to participate, email us at njpowerranking@gmail.com.

A quick look at some highlights from tonight’s games…

A big match at the shore pitted St. John Vianney against Raritan. Both teams entered the match with just one loss in the Shore Conference. Vianney overwhelmed Raritan in straight sets after a spirited performance by setter Mackenzie Bloss. The senior put up 20 assists while adding 4 kills, 2 aces, 4 digs and a block. Erin Gretsky added 6 kills for the Lancers. It was Vianney’s tenth win in a row and they are rockin coming into tourney and playoff time.

Jackson Liberty is having a phenomenal season. They improved to 14-4 by surprising Donovan Catholic today in three sets. Donovan dominated the first set but it was all Liberty after that as they took down the league leader 25-20 and 25-21 in sets two and three. The Lions revenged an early season loss to the Griffins.

The Montville Mustangs got mowed down by Mendham in straight sets. Mendham is ramping up for the playoff season and have now put together a 9 game win streak. Montville is a solid team but was no match for the Minutemaids tonight. More great performances from junior Sarah Wilcock and senior Poppy Skjonnamend.

Bogota dismantled Park Ridge tonight fueled by Ashanna Caviness and her 18 kills in the two set match. Ashanna just keep putting up amazing numbers as she tries to bring down the top spot in overall kills in the state. Bogota is now 17-1.

MKA slid right in to the Prep tourney semi-finals today with a dominant win over Rutgers Prep. Samiyah Abdur-Rahim tallied 14 kill and 3 blocks and also added 5 aces in an outstanding personal performance.

Old Tappan came from behind to win a three set match over Pascack Valley. Old Tappan starting to rev their engine as we get deeper into the season. Brenna Delaney had 8 kills and a block and Jola Olutiola also had 8 kills and added 2 aces. 22 assist for Emma Gobo for the Knights. Old Tappan will lock horns again with Demarest on Saturday in the Bergen County tournament quarter-final. The Norseman came away with the win when these two teams met at the end of September. OT has come closest to taking a set against Demarest this season, getting to 22 in their previous match.

Gloucester Tech was pushed to the limit against Rancocas Valley today. The Red Devils squeaked out the first set 26-24 and the Cheetah’s came back to win the two last sets but it was a nail biter for GCIT who improved to 18-3.

Sometimes in the first week of September, everything just feels different. The summer winds down and all of a sudden when you walk outside, there is a smell of school in the air. It makes you feel a little funny as you realize the summer is ending and all the things we love about the warm weather, hitting the beach, the Jersey boardwalks, or sand volleyball will have to wait until next year. We are starting to get that same feeling when we think about the volleyball season. It seems like yesterday when the season started, but we are already almost 40 days into the schedule . County tourneys are underway, some almost over. The state cutoff is just 4 days away. All these items are reminders that the season will soon be over. Many schools who will not be participating in the state tourney will see their seasons end in the next couple of weeks or sooner. It’s a somewhat sick feeling. But remember… you have not stopped creating memories yet. Take the opportunity to make an effort over these final games to keep those dreams alive. When you think back on these times in the future, you want to remember leaving it all on the floor. Cherish these last few weeks and most of all, have fun with your teammates, coaches, and classmates. Good luck to all.