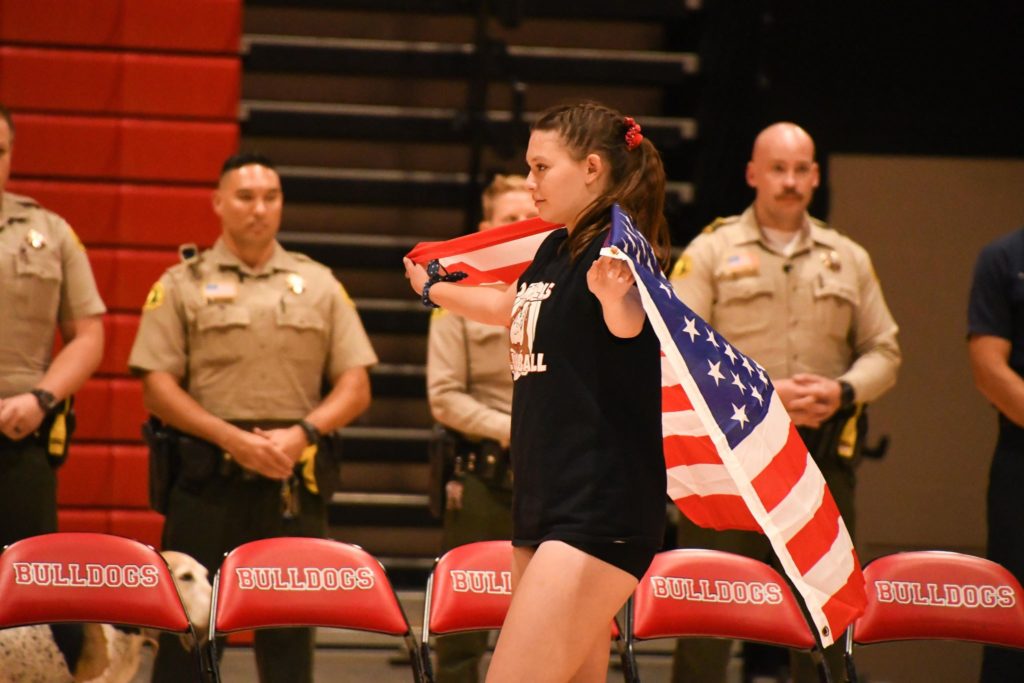 Continuing our tournament coverage from weekend one…

Toms River South won the tournament undefeated @ 11-0. Tough competition included the Wall Twp. and Brick Memorial teams. Brick Memorial upset Howell HS in the semi-final match to advance to the championship round. TRS won the championship match against Brick Memorial 25-17. The Senior captains with Jordan Motyka dominated the games and worked seamlessly together to remain undefeated throughout the tournament. Freshman newcomer and starting Varsity player, Sofia D’Arcangelo, served a handful of aces to lead the TRS team that was trailing 15-17 to a 24-17 lead during the championship match. Jordyn Lynch, junior & captain, secured the winning point for TRS with a dynamite hit from the back row.   #4 Nashaly Aimarino, senior at Toms River South, won the 2022 Mustang Invitational Tournament MVP award. #6 for Brick Memorial HS, Maddie Kiesche, won the runner-up MVP award for the Brick Memorial team.

Let’s take a look at sophomore contributions thus far. There are many new players at varsity from the 2025 grad year and they are marked accordingly below. Some big contributions here from the Union Catholic pair of Gorski and Williams, Neena Kumar has been outstanding at setter for Montgomery and has really influenced that teams turnaround thus far. Emily Fusiarz has been fire for Mt. Olive as they have jumped out undefeated. But as you can see below, of the 236 sophomores with stats thus far, many have had high impact.

A few players are in double-digits already in the young season with Maddy Faber of Saddle Brook leading the way with 14, Bridget Lonergan the standout senior from MSDA with 13, and Ezinne Amadi from Union with 10 blocks. Also interesting to note and commend two freshman who are high on the list. Sofia Hechavarria from Lyndhurst has 6 blocks in the first few days and Grace Chiafullo from Jackson Liberty has 4. Junior Bri Daly from Raritan and sophomore Hailey Maes are making some noise in their first year at varsity with 6 blocks each.


NJP continues its “Faces of NJ Volleyball” series with daily additions… maybe you will be tomorrow’s victim? 2022 Faces link is https://njpowerranking.com/njp-faces-of-2022/

It will take about two weeks to collect enough data to be statistically significant for the 2022 ratings and rankings. We will commence our nightly “Predictor” game selections at that point.

The division standings are looking much different than last season. See all the changes here: https://njpowerranking.com/2022/09/04/division-realignments-for-2022/

Our blog on division alignments sheds a bit more info on the changes as well as predictions on division winners at https://njpowerranking.com/2022/09/05/division-realignment-2022-blog-predictions/

We also have many new teams for the 2022 season and state playoff groups and sections have been changed and modified. You can see all the changes here as well as predictions for each group: https://njpowerranking.com/2022/09/05/section-and-group-revisions-for-2022/

A quick note about Immaculate Heart Academy in yesterday’s tournaments. IHA varsity won the Jersey Classic in Paramus. Their JV team won the junior varsity tournament in Bloomfield. And their freshman squad also won their tournament in Livingston. It was a very uncommon trifecta but a credit to the power of the Blue Eagles program.

Not a surprise to see Bogota setter Mia Pimentel on the top of the list thus far. What is surprising is to see two freshman in second and third after the first week of the season. Alex Landazabal of Union Catholic and Mahala Weintraub of MKA have been handed the responsibility to lead the offensive charge of two of the top power teams in NJ. So far, the results have been smashing. There are some “great” setters in the mix for the 2022 season and you will see players like Kalena Stavish (IHA), Liahnna Orange (Mother Seton), Nina Cleary (Washington Township) and many others start to rise to the top as they get more games under their belt. Setters are a special breed and NJ is stacked with solid talent across the state.


Some top games to tune in to early this week….

We will start posting team analysis, standings, and more by next weekend.