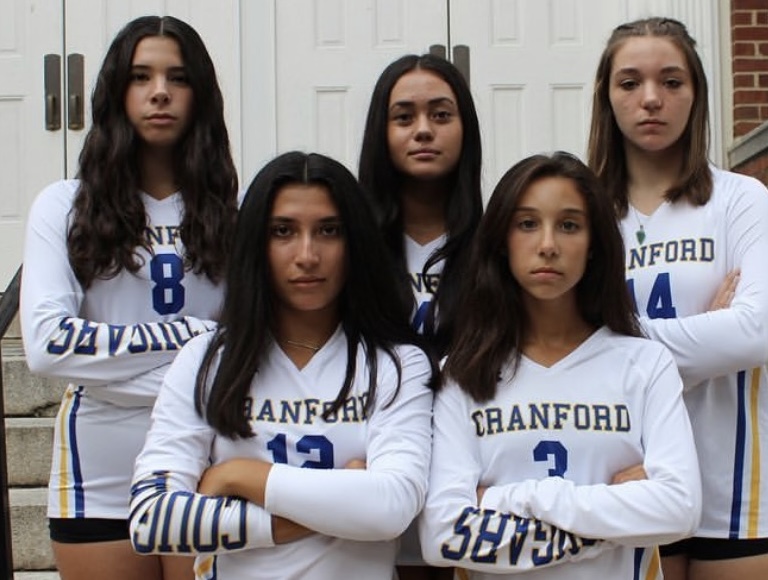 We are well into our second week of girl’s high school volleyball in New Jersey. We are starting to get a clearer picture of the standout teams who continue to build their case for higher rankings. We issued our first computer ranking after the first week, a bit sooner than usual based on the amount of games and data collected thus far. The algorithm gets better and better as the season progresses as more data gets processed.

Still collecting tournament information from this past weekend. A good chunk of it is ready for viewing in our last blog on 9/17 link here… https://njpowerranking.com/2022/09/17/girls-blog-9-17-2/

Our first computer ranking of the season was launched yesterday and is available at https://njpowerranking.com/2022/09/18/njp-computer-ranking-1-for-every-team-in-nj-hs-girls-volleyball/

Our “analytical standings” were launched yesterday. Apologies to those fans in the BCSL as we needed to make an update and were missing some teams. Thanks so much to the three fans (comrades, friends, devoted fans of the NJ volleyball community, our heroes) who covered our butts and shared the error so we could correct it. Here is the link: https://njpowerranking.com/2022/09/18/nj-girls-hs-analytical-standings-as-of-9-18/

We also prepared an NJP version of the “Game Table” which gives easy access to all the individual set scores for every game played sorted by date. Here is that link… https://njpowerranking.com/2022/09/18/nj-hs-girls-volleyball-detailed-game-grid-results/

We wanted share a note about comparing preseason rankings and rating to the first computer ranking of the new season. Our preseason rankings are based on a formula that measures the potential impact of lost statistics to graduation. Its a fun exercise that typically alerts the community of teams moving up for next year because they may lose none or just 1-2 seniors. And also communicates when an entire varsity squad has to be rebuilt because 10-12 players may be seniors. If you look at the results of our previous preseason rankings vs the final rankings from the season, we will typically peg about 16 of the top 20. Which for high school volleyball, is pretty outstanding.

Our computer rankings allow a clean slate every season and are based on a proprietary algorithm that weighs many factors including schedule strength, average margin of victory per set, winning trends (momentum factor), home/away success, win percentage and other items. So although we expect the ratings and ranking to be close, it is really based on completely different criteria. Our whole goal is to bring a high level of objectivity to the rankings through math, rather than rely on the subjective nature of a sports writer, coach, or groups of coaches on committees where it is just so difficult to not have some form of bias. We never say our rating or rankings are perfect. The human element is not measured in our algorithm. So everyone should take it with a grain of salt. We are proud of our winning record at over 90% last season. For high school games with a high level of volatility, we consider it pretty amazing.

Here’s a milestone we wanted to share… Zoe Zacharias a junior setter at Summit High School crossed the 500 assists mark for her career and after today’s match vs Oak Knoll she sits on 517! Congrats Zoe!

Senior Cammi Quirk of Ridgewood eclipsed the 1000 assist mark today in  just 50 matches (107 sets) in a win over Hackensack. Cammi has always been near the top of our player rater with outstanding versatility and contributions to the Maroons. She has committed to play college volleyball for Scranton University.

The Tigers of Tenafly continue to roar and remain undefeated today after outlasting Old Tappan in three sets. Sofia Bell continues here outstanding senior season putting up 18 more kills on the young season. Anna Taufield lifted 17 digs and Meghan Koehler had 29 assists. Rylie Theuerkauf had 10 kills and 9 digs while Sofia Tapia and Callie Milionis each had 2 blocks with Sofia also getting 5 kills and Callie getting 2. Tenafly is on a roll!!!! we will referring to this group going forward as the Super Six!

Toms River East brought down the undefeated Brick Township Dragons in a close straight set match today. Ieva Lauinaitis and Claudia Cosme combined for 17 kills and 14 digs for the Raiders. Ava Casales had 20 helpers for TRE who is now 4-1.

Seneca had a key win in the Olympic today as they survived a three set screamer of a match and won over Rancocas Valley. Seneca improved to 4-1 powered by 4 aces from Hannah Cutts, 7 digs from Grace Yaeger and three kills and a block from Riley Breen.

Westfield is now 5-0 after a straight set win over Kent Place. Ally Muller put on a nice show with 4 blocks and 2 kills and Abby Pevzner added 4 aces.

Ezinne Amadi with an outstanding performance today as Union upended Ridge. Ezinne had 12 kills, 2 blocks, and an ace in the Union win. Sabrina Guerbi had 15 digs and Ashlynn Berns had 22 assists, 3 aces, and 3 kills for the winners.

Livingston has had an amazing start and is now 7-0. Freshman Camilla Dong continues her incredible freshman season and adds another 8 kills and an ace. The Lancers won their hosted tournament this weekend as well.

Governor Livingston was handed their first loss of the season after a 4-0 start as Union Catholic improves to 6-3. Rachel Williams adds another 9 kills and Bella Capati adds 18 assists.

Newark Academy got back into the mix today with a victory over MSDA. 6 players with multiple kills and Andrea Yan added 6 aces in a three set squeaker. Both teams are now 3-3.

Union City gets a HUGE win over Hudson Catholic today, marking the first time they have defeated the Hawks since 2014. The Soaring Eagles started the season 4-0 and then got run down by Hoboken on Friday. Union City still remains at the top of the mix in the HCIAL at 5-1. Congrats to Scarlett Torres, Amy Castillo, Jenilsa Pichardo, and the entire crew for this monumental win.

The big rivalry that has been brewing all year in the BCSL is Notre Dame and Princeton. Both teams are super talented and have young stars that are driving their success with both teams undefeated. The two teams matched up today for the first meeting of the year and the Tigers took the match in straight sets. The second set looked like Notre Dame was going to even things up but Princeton outlasted the Irish 25-23. Freshman Naomi Lygas of Princeton led all players with 6 kills.

Monroe was #12 in NJP’s first computer ranking this week. It was short-lived presence in the top 20 as they fell today to league foe East Brunswick. It’s always tough winning in “Bear-land” but the Falcons pushed the first set to extra time before the Bears prevailed 26-24. Kasey Trzaska had 8 kills, 2 blocks and 3 aces for the winners.

Our new #1 team in NJ got back on their winning track after losing to PA power Pope John Paul. IHA took down Paramus in straight sets today. Grace Coughlin has really emerged as a force on the attack for the Blue Eagles with double-digit kills in her last two matches.