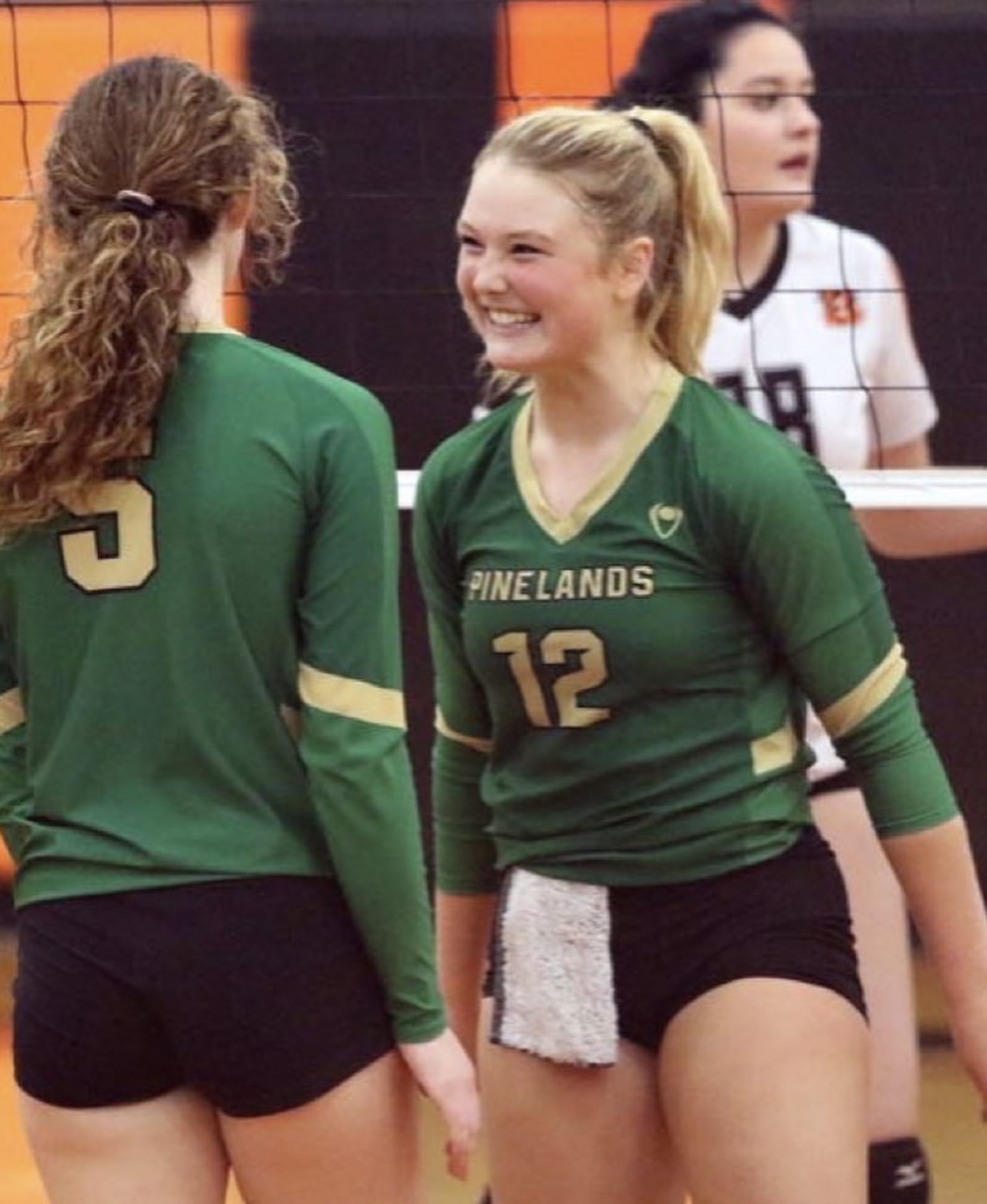 The Morris County tournament is now down to just 2 teams. The Montville Mustangs improved to 16-3 on the season and powered by Roxbury in three sets. It was the 8th win a row for the Mustangs who entered the tournament as the #3 seed.

The Mustangs earned the right to play Morris Knolls in the finale on Sunday at Fairleigh Dickinson University. Knolls upset the #1 seed West Morris Central today in straight sets. That was a big surprise with the Golden Eagles entering the match at 9-9 and West Morris having one of their best seasons in recent history and on a run of 8 straight wins.

Hillsborough defeated Bridgewater Raritan in a thrilling three set match of Skyland County rivals in the Somerset County tournament semi-final. The Panthers roared back after losing set 1 and played one of their best sets of the season as they dominated the Raiders 25-12. But Hillsborough returned the favor in set 3, and controlled play to take the semi-final match and advance to the finals. Aileen Xu, the star sophomore outside hitter had her usual top line performance as she posted 12 kills, 11 digs and 2 aces. Gisele Galera had 22 assists, 3 aces, and 2 kills and reagan Pirog and Neha Tolpadi controlled the defensive line combining for 22 digs. The Raiders will face this years turnaround team the Montgomery Cougars who have been playing off the chart and perhaps punching a ticket to destiny in a dream season carved from a Disney movie. It’s #1 vs #2 on Friday night. Strap yourself in for a phenomenal finale.

Ridgewood has been one of the hottest teams in North Jersey of late winning 8 of their last 9 and posting some signature wins over Paramus, Fair Lawn, and Northern Highlands. They appeared poised to jump back in the top 25 before the season ended and was getting ready for a state playoff run in Group 4. Today, they hosted the Demarest Norseman who ended up being not the friendliest of visitors. The Lady Norseman got into an offensive groove early and powered by Taylor Miller’s 14 kills and 2 blocks put away the Maroons in straight sets. Claire Song had 18 assists and Gianna Galli added 6 kills for the winners.

Kingsway received from nice performances today as they took down 14-7 Triton. Mackenzie Layton had 9 kills, Haleigh Page dug 11, Macie Ferla had 10 assists and 4 aces, and Sarah Elliott had 4 aces and 9 digs for the Dragons. The Tri-County was brutal this year but Kingsway still has a few regular season games left and is on track for a winning season.

Lodi Immaculate is now 16-2 after a solid straight set win over Hawthorne. Noelle Savonje led all attackers with 6 kills and Sydney Kropiewnicki added 4 aces, 5 kills and 6 digs for Immaculate. The Blue Wolves are rolling having won 10 of their last 11 with only loss coming from NJ power Bogota. They seem well positioned for a potential group title for non-public B.

Bergen Tech handed Fair Lawn their 4th loss of the season and third in a row in a three set match at Tech today. Riley Sobel and Alana Baginski combined for 20 kills on the attack and Anastasia Kelnick controlled the middle with 3 blocks and 5 kills to drive the victory. Kaitlyn Acevedo was the defensive star and Bryanna Purisma posted 29 assists for the Knights. Rough timing for the Cutters to be on a losing streak but they have faced top teams in their losses which will help them when they reach the state tournament. Tech still has just 1 loss on the year in the midst of a fantastic season.

Tenafly defeated Northern Highlands today in straight sets. The super six were firing on all cylinders in another well orchestrated performance similar to listening to the Polovtsian Dance #3 by Borodin conducted by Andrzej Kucybala at the Mariinsky Theatre in St. Petersburg. Theuerkauf, Milionis, Bell, Koehler, Taufield and Tapia working as one unit. The Tigers are 17-2 and are focused on a Group 3 state title..

Will you be at County Prep this Saturday for the Hudson County Championship? We are down to 4 teams with the semi-finals being played Thursday afternoon. Bayonne knocked off North Bergen to advance and face top seeded Union City. Hudson Catholic will not be playing McNair who was the #3 seed and has had a fantastic season as they were upset by Dickinson today. Dickinson only has one loss all season and they are riding a 10 game win streak into the semi-final. Hudson Catholic has had a very nice season at 11-4 but have not been the dominant Hudson County power as in the past. This should be a super competitive last three matches with any of the teams capable of winning. The math in the NJP algorithm favors Union City.

Here are some additional links: