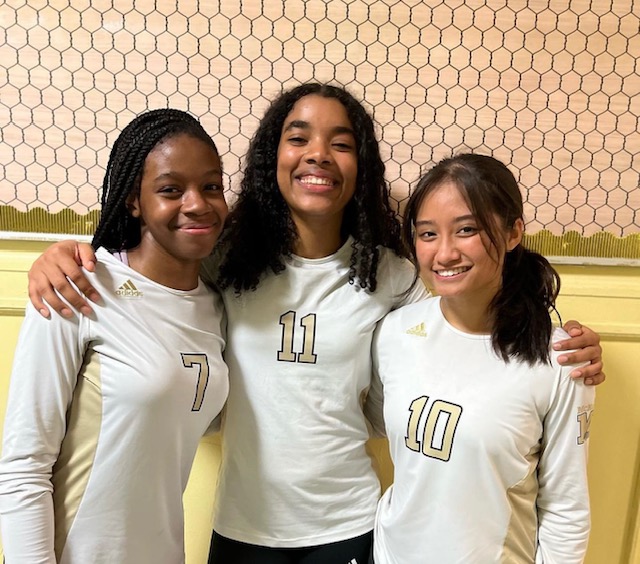 TONS of tourney action and late season regular season games on the schedule today as schools prepare for state playoffs. The state cutoff is Saturday and final seeds will be set by Tuesday. The season end is approaching so fast and we will see additional teams concluding their fall sessions as each day goes on. The public tournament will commence on 10/28 and the non-public tournament gets started on 11/2. With the TOC no longer, we may see some school continue to schedule some matches through 11/13 but don’t have a ton of evidence for that with just a handful of games on the master schedule after 10/29.

Let’s start at the shore where the tournament at Georgian Court University is a tradition. Both semi-finals and finals where conducted tonight at GCU. In the first matchup, Southern rolled over Colts Neck in straight sets to advance to the finals. Jordyn Hamlin popped in 10 kills to lead the Rams who remain undefeated on the season and notched their 26th straight win. Donovan Catholic advanced in the second semi-final as they dodged a very close first set with St. John Vianney and then outlasted the Lancers in straight sets. Shantel Starling had a superb game on the attack posting 13 kills and Daniella Tishio quarterbacked the Griffins with 18 assists. Donovan finished the semi-final at 18-1 with their only loss of the year to their Championship opponent Southern in three sets on 10/12. This was the Championship matchup that everyone was expecting and the clash did not disappoint. The first set may have been the best played set we have seen at the shore this season with both teams battling for the early advantage and trying to establish their rhythm and dominance. The Griffin attack was executed well by Shantel Starling and Macayla Lindner and Brooke Bowbliss was pushing back several Ram attacks on the block. Jordyn Hamlin and Sarah Capone drove the offensive charge from the Rams and Molly Regulski was masterful on pacing the attack to produce a 29-27 first set for Southern. The extra time loss in set 1 took its toll on the Griffins and they could not get over the hump in the second set as they fell 25-18. Southern emerged at the Shore Champs once again and are now 27-0 as they enter the Group 4 state playoffs.

The Gloucester County Championship was this evening as well with the two premier teams in the Tri-County matching up once again in the final. Washington Township and Williamstown have been battling to distinguish the best team in South Jersey all season. WT has a leg up going onto the match with 2 victories over the Braves and contributing to half of their losses. Williamstown has shaken out any challenges from earlier in the season and are in peak form riding a 10 game win streak into todays matches. The Braves limited Gloucester Tech to just thirteen points in the semi-final match and were stoked to revenge their previous losses. Williamstown came out of the gate like a seasoned thoroughbred driven by another amazing showing by junior Dajah Williams who slammed 11 kills while senior Melissa Anacious added 8 kills of her own. Joanna Andrews had 24 assists, Julia Schwab had 4 aces and 3 kills, and Mia Owens dug 12 to lead all players. The Braves dominated both sets and came home with another Gloucester County Championship.

In Hudson County, Hudson Catholic prevailed in their semi-final match with Dickinson but it was a true battle of two very solid teams at the Nest. Dickinson trounced the Hawks in set one 25-15, but it was all Hudson Catholic after that as they took the final 2 sessions and prevailed. Syd Salazar, Drew Leonardis, and Analdys Abreu were stars on the attack and Janeya Torrefiel had 39 assists for the winners. What would a Hudson County tournament be like without Hudson Catholic in the final? It seems quite fitting that if Union City (19-2) want to finish off their fantastic season the right way, it would include a victory over Hudson Catholic in the county finals. Amy Castillo, Scarlett Torres and the rest of the Soaring Eagles will get that chance Saturday at County Prep. It’s another movie script setting with the writing still to be determined this Saturday.