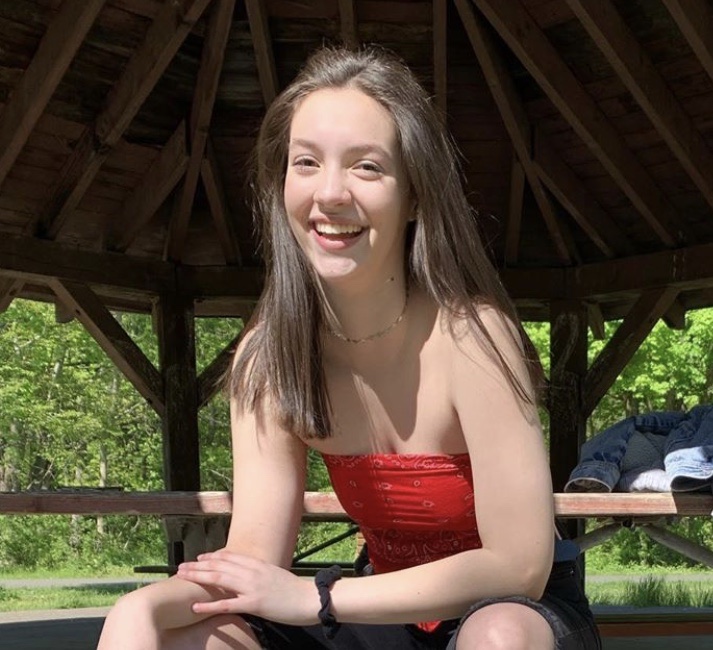 Ashley Kingsley was quick to establish a presence in NJ High School Volleyball in 2019 putting up 171 kills, 178 digs, and 27 aces in her freshman year at Fair Lawn. She has already started building her trophy case with hardware collected from her high level of play. And she appears to be an anchor and all around leader for the Cutters for the next three years.

Fair Lawn has had winning seasons that past two campaigns, finishing at 16-11 overall last year with a 13-6 Big North record and 6-4 in the Independence Division. Fair Lawn will be targeting Wayne Valley who won the the division the last two years, finishing at 24-5 overall in 2019. Ashley, as a freshman, provided almost 40% of the Cutters overall kills in 2019, leading the team in that category. She also lead the team in digs. FL does have most of the starters returning so we should definitely see an uptick in win percentage.

Ash has benefited greatly from her Dad’s influence over the years. Matt Kingsley has a storied past with successful head coaching roles leading Glen Rock to an NJIC Colonial Division championship in 2016 and Bergen Tech to Big North Liberty Division championship in 2018. He now settles in as an assistant at Fair Lawn and will be an awesome support to his daughter for the next three seasons. Not a bad pepper partner.

Barring any COVID-19 implications, NJP thinks Ashley is fine tuned for a breakout sophomore campaign as the main weapon in the Fair Lawn artillery.

Here is our interview with Ms. Kingsley…

Hi Ash…Tell us a bit about yourself?

My name is Ashley Kingsley and I’m an incoming sophomore at Fair Lawn High School in Fair Lawn, NJ.  I will be graduating in 2023. I live with my mother, father, brother and dog. This past year, I was starting varsity as a freshman as an outside hitter.

I’ve been playing volleyball going on 8 years. My dad is a very successful volleyball coach in New Jersey where he has won many league titles and a state title. I first learned how to play volleyball in my back yard peppering with my father and went to many volleyball camps.  After that, I just fell in love with the game of volleyball.

I’m about 5’11 which is pretty tall for a 15 year old female.  I have a vertical of about 17 inches. I play all-around as an outside hitter in high school and in club. I play club for Essex VBC. Personally, I love my position as it is because I’m able to do everything. I can serve receive, play defense, swing in front of and behind the 10 foot line. Honestly, hitting the ball is one of my favorite feelings in the entire game. If there’s no blockers in front of me,  I can just rip the ball and go for it. I prefer jump floating because I can just add so much more power to my serve.  All in all, I love my position and I wouldn’t change it for anything.

How are you and your family dealing with current world situation with COVID-19? Are you expecting a normal Fall high school season schedule?

My family and I are doing well while dealing with COVID-19. It took a little while to adjust because we weren’t able to see any family members, especially my grandparents which was pretty hard. Since everything is opening up again, we’re able to see more people and go out more. Everything is progressing so well I don’t see any reason why we shouldn’t have somewhat of a normal Fall high school season. I just hope everybody continues to social distance so we all get the chance to have a decent season.

I think we’ll be good this upcoming season. We lost five seniors this past year and one being our starting setter. When preseason starts, that’s when we’ll all start competing for starting positions. I believe the key to success is good communication, being able to learn from one and other and feeding off each other’s energy to we can keep our spirits up at all times. We’re just really going to work on our fundamentals, especially serve and serve receive since we’ve been told that those two things are the core of the game.

A lot of my success as a freshman was basically a bi-product of my teammates and my coaches, they really helped me grow and deal with a lot of different situations on and off the court.  This upcoming year, I’m looking for more control in my swings and I’m working on gaining more kills and the spots I pick being more intentional. I was working on that this past club season, but that was cut short due to COVID-19. Another one of my goals, is to stay in the positive range with all of my statistics, especially with digging, serving and swinging.

Tell us about your club experience thus far in your career?

I’ve been playing club since I was about 10 years old. I was on the 14 and under team at Essex VBC. I didn’t necessarily play in the tournaments, but I did practice with the team. I played on the team till I was 13 years old then at age 14 I played at the 15’s team and then this past year I played on the 16’s team. In all of my years at Essex VBC, I’ve always experienced some of the best coaching. All the coaches put 110% into their players during the season and I wouldn’t be where I am without all of their hard work and I appreciate all of them so much and all they have done for me.

My biggest support group are my parents. My mom has become such a fan of the game ever since I started playing and she’s always proud of me no matter what I do. My dad has been there with me since day one. He’s also been apart of my volleyball career every step of the way. He’s bee my one of my coaches all my life and I love him so much. I owe everything to my dad for all he’s taught me and continues teaching me. He’s always there for me when I need it but he also gives the truth about my game play at all times because he knows it’s best not to sugar coat. I will continue to thank my dad for everything he’s ever done for me even when I had no idea what I was doing.

I go to school at Fair Lawn High School in Fair Lawn, NJ. It’s one of the best public high schools for volleyball for girls and for guys. We have an amazing coach staff over at FLHS and we’re thankful enough to have two gyms to practice in which makes practice easier for everyone. There’s never a dull moment in FLHS and always have a good sports game going on after school which is why I love FLHS.

One of the toughest competitors I faced last season was Lauren Wilcock of Mendham High School in Mendham, NJ. She was an amazing outside, she could do it all and when we played Mendham you could tell she was a force to be reckoned with. She also plays beach volleyball so she incorporates that into high school volleyball. But since she’s going to be a senior this upcoming year I look forward to playing her and her team and seeing how much my team and I have improved.

My coach staff in Fair Lawn High School consisted of head varsity coach Peter Zisa, assistant varsity and head JV coach Matthew Kingsley and head freshman coach Kaitlin Mac Iver who is always there for everyone no matter what level you’re on. They are some of the best coaches in the state. They continue to teach us awesome new plays or easier techniques to make the game run smoother. My two club coaches this year was Marlou Zanoria and Artem Makarenko. They are amazing coaches they taught me so much and even thought I got a little less than half of my season taken away from me. I will continue to see them around and most likely work with them because they still could teach me so much more. Over this club season, they continued to push me to new limits and bring out certain things in my game that I didn’t know I could.  Coach Makarenko has worked with a lot of outside hitters, so he was able to teach me a lot about my swing and when to use my “toolbox”. “Toolbox” meaning things like tips, roll shots, basically anything other than swinging as hard as I could. Coach Zanoria taught me how to be a good leader to the team if and when they need it.  I’m sad that my club season was taken from me while I still had time left but I will continue to use the things both coaches taught me in the upcoming Fall season.

This past season I won First Team All League and Honorable Mention All County.  Which I truly didn’t know I could get as a freshman. But it’s all thanks to the people that continue to support me and work with me.

Don’t subject yourself to another football Sunday… save some grief and stay up to date on all the latest NJ volleyball news at http://njpowerranking.com. https://www.instagram.com/p/CWz8CpuA72n/?utm_medium=twitter

NJP announces the All Conference teams at the Shore for NJ high school girls volleyball at http://njpowerranking.com. https://www.instagram.com/p/CWz5D3gAJ9K/?utm_medium=twitter

NJP announces the All Conference teams in the Cape Atlantic for NJ high school girls volleyball at http://njpowerranking.com. https://www.instagram.com/p/CWz45GpgE5q/?utm_medium=twitter

NJP announces the All Conference teams in the NJIC for NJ high school girls volleyball at http://njpowerranking.com. https://www.instagram.com/p/CWz4v9xgosu/?utm_medium=twitter

Braves rise to the top of the USA Today Region 2 girls high school volleyball rankings. Will they end the year in the National Super 25? NJP makes the argument at http://njpowerranking.com https://www.instagram.com/p/CWxLh_zslfV/?utm_medium=twitter