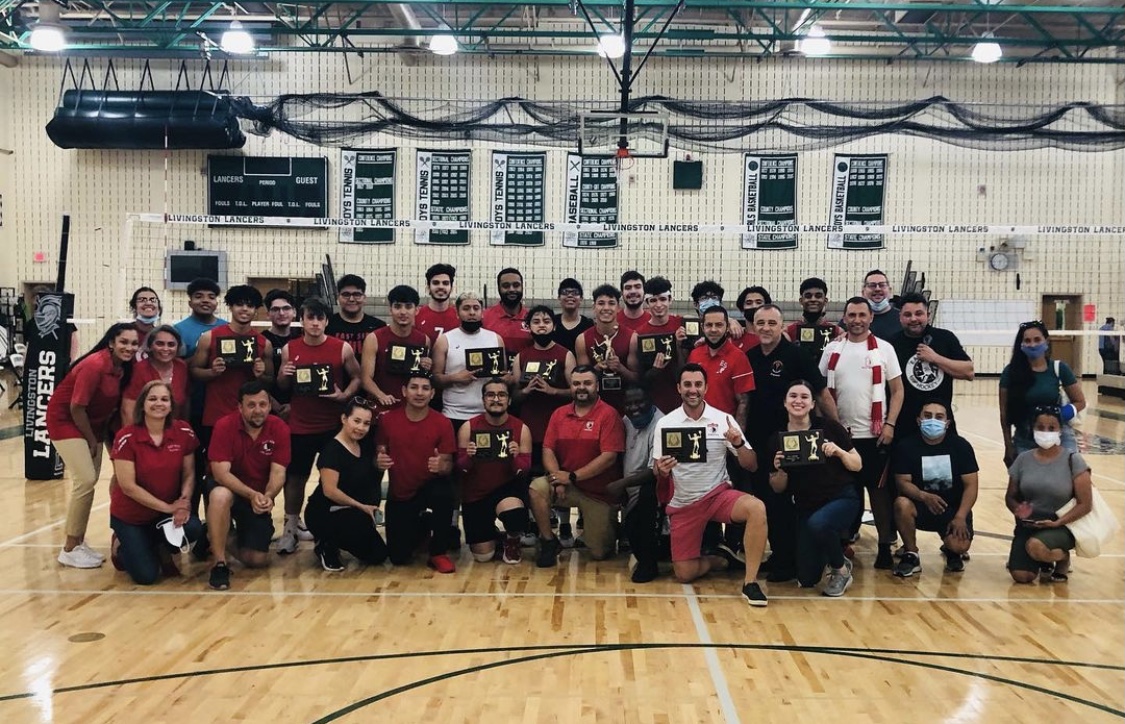 Okay, so lets address the elephant in the room… NJP had Newark East Side ranked #125 in it’s pre-season ranking report. Talk about the biggest miss of all time. The Red Raiders are no longer flying under the radar and have some top-notch volleyball players on the squad, but what has made the difference is the way this team has come together as the season progressed. We will compare the team to a Ferrari race car… all the parts must be orchestrated in perfect unison to create the speed the automobile is capable of… and Beastside has been a well-oiled machine, especially recently. There is no greater evidence of that than their Essex County Championship earned tonight in a straight set win over Livingston.

Senior outside Nickolas Lima was unstoppable today as he posted 15 kills and 5 blocks. Nick described the potential of the Red Raiders in article NJP completed on him about two weeks ago. Link here… https://njpowerranking.com/2021/05/13/beastsides-nickolas-lima-raises-red-raiders-hopes/ Nickolas has been the straw that stirs the drink for Beastside and his quiet leadership has solidified a team that has never come close to a Essex County title. Until now. As his article discusses, Nick was a prominent junior player in Brazil before his family moved to Newark in 2019. The down year to COVID was a major downer for him as he looked to bring his learnings and skill to the NJ area and continue playing the game he loves. He found a home at the CORE volleyball club which rejuvenated him and put him on the path to unleash his talent at Newark Eastside.

Another big difference for NES is the addition of Head Coach Alana Aranjo in 2018-2019. She inherited a team that was 35-113 since the beginning of the decade. In her first year, she led the Red Raiders to their best record of all-time at 18-5. Coaches career started in Essex County as well as she attended Science Park High School and went on to Kean University where she was a four-year starter for the Cougars at setter. Alana recorded just under 4,000 assists in her career as an absolute standout player. “As a fellow Newark kid, this historic win meant the world. I’m so proud of my boys and how they lift each other up when the going gets tough. In the past few weeks, they have just connected in a way that’s so special to watch. We’re having fun right now and feeling confident moving forward in the sectional tournament.”

This team has many talented players outside of Nick Lima. Middles Victor De Souza and Kevin Sabadin have put up a combined 50 blocks and 80 kills. Senior setter Erik Narvaez has over 300 assists, 19 aces, and 7 blocks. Juniors Brian Tenesaca and Dylan Quimbaya have anchored the pins and back row and Erick Andrade has been strong at libero.

East Side lost their first game of the year to Livingston 2-1. They have avenged that loss twice now including tonight’s win. Their only other loss was to Skyland power Hunterdon Central 2-1, who also won their county/conference tournament tonight. They have beaten Bayonne and Payne Tech twice.

“It took us time to find our rhythm, but once we found it, everything is falling into place. Everyone’s been doing their job to the best of their ability which is creating our great success.” shared Kevin Sabadin, one of the Red Raider middles.

The Red Raiders will now head on to the North 2 Sectional which includes some top teams such as Livingston, Kearny, Bayonne, Union, St. Peter’s Prep, Payne, and Ridge. Oh… and of course NJP #2 in the state SPF.