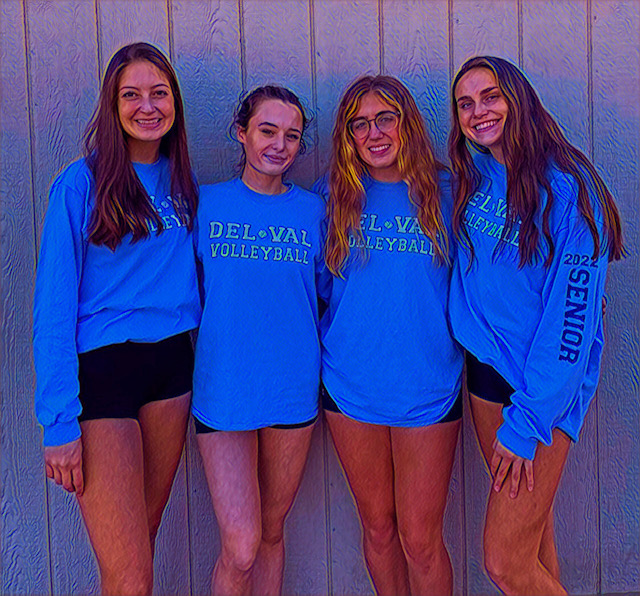 We are going to start with the Shore Conference tournament… complete update at TOURNEY UPDATE.

Not to be a spoiler but…

Montclair Kimberly got back on a winning track today in a big way with a blowout victory over MSDA. MKA had lost 2 of 3 after opening the season 15-0. MKA enters the state tourney facing Trinity Hall where they will be favored to advance, but then get a very tough Paul VI team if they stay the course and defeat Camden Catholic. Tough road indeed. Amara Lerner was the star tonight for the Cougars as she posted 15 assists, 8 digs, and 4 aces from the service line.

Ferris lost just their third match of the season as Roselle Catholic brought down the Bulldogs. Gabriella Meloni had 8 kills and Jasmin Yik had 6 kills and 2 blocks for the winners. Amanda Zweifler put down 18 kills for Ferris and Princess Sison had 31 digs for Ferris. Roselle Catholic garners the #7 seed in the non-public B bracket.

Ashanna Caviness had 16 kills and a block as Bogota rebounded from their loss to Ridgewood in the Bergen County tournament semi-final with a straight set win over Cresskill. Gyanna Hernandez added 8 kills and Angelina Buhler had a kills and 5 aces for the Lady Bucs. Another big game from Mia Pimentel who had 24 assists, 4 aces, 6 digs, and a kill.

Hats off to Bergen Tech as they win the “Tech Tournament” by taking it to Top 25 ranked Gloucester Tech in straight sets. Riley Sobel had 8 kills and Olivia Drazek had 6. Bryanna Purisima lifted 17 big digs while drilling 6 aces and Kaitlyn Acevedo had 19 assists, and 4 kills.

Another big win for Mainland tonight as they improve to 17-1 on the season by defeating Absegami in 3 sets. A huge night for Isabella Canesi and Cadence Fitzgerald.

Clifton continued it’s outstanding play this season with a straight set win over Chatham. Clifton is 23-2 and in great shape for the North 1 Group 4 state playoff bracket. We expect them to have a clean ride to the finals but will most likely face #4 Ridgewood in the final game which will be a very tough test.

Union Catholic upset Lodi Immaculate today in three sets and the last set going 28-26. The teams ended the day with the same amount of points in the close inter-conference match. Haiden Fuhrmann had 8 kills for UC and Rachel Williams and Ryan Gorski added 6 kills each. Brianna Kirkland kept Lodi Immaculate in the match with 17 kills and a block. Lodi Immaculate fell to 13-3 and Union Catholic improved to 9-9.

#2 Williamstown is now 29-0 after defeating Rancocas Valley today in straight sets. Dajah Williams logged 12 kills and Joanna Andrews added 20 assists to her state leading total of 596 for the season.

Notre Dame upset 16-5 Moorestown today in a three set battle. 30 assists from Christina Lenzo fueled a balanced attack with kills from Maia Cinca (12), Alyssa Jennings (7), Elizabeth Sullivan (8), and Cassady Smith (6). The Irish are young and talented and can surprise any team on a given night.

Northern Highland suffered their 8th loss of the season as Ridgewood continues to roll with their 14th win in a row. Will they have enough to take down undefeated Demarest? Well, they certainly have one the highest talent levels in NJ. But Demarest is the only team in NJ that has not dropped a set so far this season. It should be an amazing final, but NJP favors Demarest right now as evidenced by their new #1 ranking in NJ.

The difference between the top 3 in our most recent ranking is really negligible. Demarest, Williamstown, and IHA are all with a fraction of a rating point. And let’s not count Immaculate Heart Academy out of the race just yet… LOL.

NJP launched a new stat compilation for the season for “Conference leaders”. Link at… https://njpowerranking.com/2021/10/24/individual-stat-leaders-by-conference-10-24/

Compiled career stats for all active players updated at https://njpowerranking.com/2021/10/24/individual-career-stat-update-10-23/

East Brunswick will take on JP Stevens on Tuesday at 5PM for the GMC tournament title. NJP favors undefeated East Brunswick in this one… Good luck to both teams…

2 other big games on the schedule tomorrow… Demarest against Old Tappan and Verona facing Newark Academy. Many teams getting quality warm ups in before the state tourney grid starts…