Some Great Advice from Erik Shoji 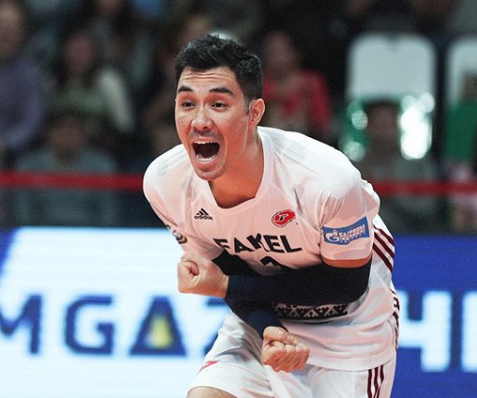 Some words of encouragement to the New Jersey Volleyball community from one of the best Libero’s in the Universe. Erik Shoji is currently on the other side of the world as his season with the Russian club Fakel Novy Urengoy has been postponed, but he took the time to send us this message…

Personal: Parents are Dave and Mary Shoji. Dave has been women’s volleyball coach at the University of Hawaii for more than 40 years and is the winningest coach in NCAA DI women’s volleyball history. Mary played basketball at the University of Hawaii… Older brother Kawika also played volleyball for Stanford and also plays on the U.S. Men’s National Team. The brothers also have an older sister named Cobey… Began playing volleyball in 1998 with Outrigger Canoe Club… Favorite book is To Kill a Mockingbird… Favorite food is sushi… Favorite athletes are Marat Safin and Serena Williams…. Majored in human biology at Stanford… Has his own coaching and consulting business, which he runs by video chat even when he is out of the countryMore

The U.S. Men’s Volleyball Team Has a Coach for the Mind – Vice

Asian-American Athletes to Watch at the Rio Olympics – NBCNews.com