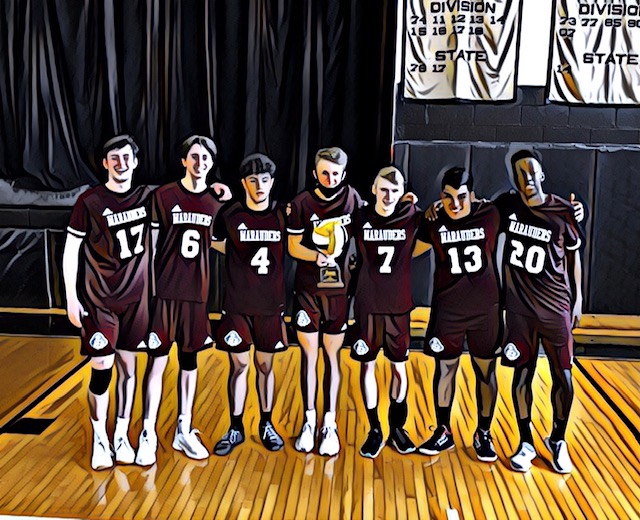 This game is better suited for the State Championship Final but these two top teams get to play in the Sectional Final instead. Only one team will make the final four and this sure to be one of the best and closest games of the 4 sectionals final matches.

It’s the kind of game that movie scripts are made of… the two-time Champions trying to three-peat vs. the team that struggled in our last NJ Spring season in 2019, and has now come back to be one of the best in the state.

Both of these teams have been Top 5 all season long. OB had the two week late start but has stayed at our near the 24.0 rating which represents a top 5 team. CBA had just got better and better as time went on, leading up to their Shore Conference loss to Southern, their only loss of the season. The loss however did not jar them from the top spot.

The Mag 7 of CBA have all seven of their starting players in the top 300. And 6 players in the 80th percentile or better. Their top 2 players are the highest player combination in the state. Old Bridge has three players in the top 44. Colin Stevens is the highest ranked setter in NJ. Nick Schon is right behind him. Dooling vs. Snook is great match-up of top outsides. We give Obdyke a slight advantage over Crosby on the back row but its close. Middles are closely matched. If Mayregger for CBA or Krapf for OB can have standout games, it could make the difference for the teams success. OB is scrappy and will benefit from any out of system play.

This is game 4 of the season for these two Shore teams. The first three games all went to Southern. The first time they played, Jackson took a set from Southern. The second was a close match in straight sets. The third was not close. The Jaguars appear to be getting further away from the Rams as the season progresses.

It’s surprising how good statistically the Jackson Memorial Jaguars are for the season. They are better in per set statistics compared to Southern in every category except digs. Southern has played the most sets of any team in the state and they have used their entire roster throughout the season. They may need to stick to their starting seven as Jackson will be bringing everything they have.

Tommy Deakyne is certainly one of the best outsides in the state. He is pressure tested and thrives in these moments. Dylan Lockwood has been super solid at setter and Lucas Kean has been exceptional, especially for a sophomore. Ethan case will dominate the defensive scheme. And watch out for CJ Schmidt at middle. The combo of Ben Fryc and Konrad Bieniek has been off the chart this season. Junior Destan Llolla has fit right in quarterbacking the offense and Steve Bado leads the team with 41 blocks.

Fair Lawn has the edge statistically, especially in digs. WM has the best Ace/set of all the remaining teams. Fair Lawn has a rich tradition of being in the final four but with last years cancellation of the season, there are not many varsity players with state playoff experience. West Milford has been dominant.

Ryan Thenell and Matt Christ have been outstanding all year. They each have the capabilities to take over a game. Fair Lawn has Itay Akad who has been a leader on the attack. The junior continues to improve since switching to the outside hitter role from middle. The Cutters are great on the back row averaging 14.2 digs per set, second only to SPP in the group of 8 finalists.

These two county rivals will be going to war once again in their third match of the season. The Kardinals took the first match earlier in the season in straight sets. The Marauders had a convincing straight set victory over Kearny in the Hudson County Championship game. The third game on Wednesday will be at Kearny for the first time and could be a big advantage with a large crowd cheering on the Kardinals.

The Marauders are one of, if not “the” best digging teams in the state. Over the past few weeks, the block has been a major weapon for SPP. They took Nate Sta Rosa out of the game with their win on Monday at unbeaten SPF. Kearny relies on Santi Lopez to drive their offense like NES relies on Nick Lima. Santi has delivered all year for the Kardinals but will be the main focus of the Marauder block.

Jimenez and Apito are a dynamic duo for SPP. They are the third ranked duo of the finalists behind Stevens and Dooling from CBA and Thenell and Christ from West Milford. The SPP seniors will need to continue to drive their momentum on their current run and Lopez and crew will try to get out to an early lead to control the pace of the game like they did with NES.

Both teams are super scrappy and we expect this one could go the distance at three sets. NJP is projecting a tight win for SPP, that is if the Kearny gym building doesn’t explode due to noise levels. St. Peter’s Prep 2-1 (25-21, 26-28, 25-19)