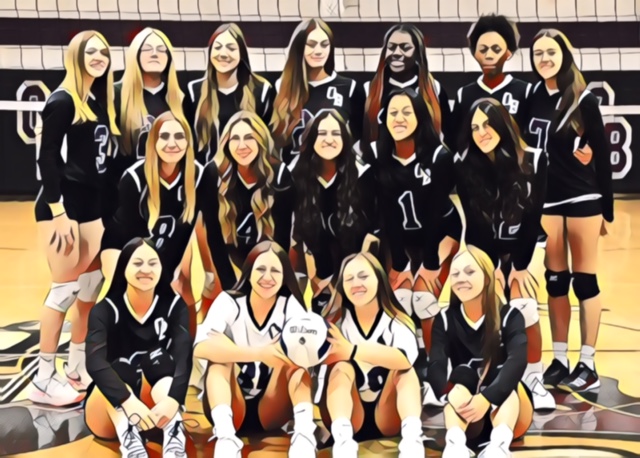 First night is in the books. When we think back to the Spring, the season seemed to go by in a snap of your fingers. We know that was a short season, but realize this season which is just an infant, will fly by. So just a quick reminder. Enjoy every second. Have fun with your friends and teammates, work hard, and all the rest will fall into place.

So many of NJ high school recent grads are making their names known on the college volleyball landscape. We are finding some great stories on the NJ College player links page. And revel in the success of all of the girl’s players. We highlighted just a few last night in feature articles, and will continue to do this throughout the Fall season.

We expect the USA Today/AVCA High School ranking update for week 2 to be out tomorrow. We will post once received but as mentioned, we don’t expect any major movement until next weeks ranking.

We welcome you to take a look at the Williamstown Girl’s High School Volleyball Tournament Grid. It’s a stellar tournament combining 6 of south jersey’s top teams as well as East Brunswick and Monroe for the Central and Hudson Catholic and Ridge. Details at this LINK.

There was a new feature article posted from Josh Wilets today with Izzy De Nigris of Randolph. Link at https://njpowerranking.com/2021/09/08/randolphs-isabella-de-nigris-poised-to-have-a-strong-season-as-a-junior/

Some significant insights were obtained from today’s schedule regarding how the season will progress. We need a larger sample size to be truly accurate, but early season matches can often tell tales of what is coming. Let’s take a look at a few of those games that we feel held some key indicators.

In other games today…

Barnegat rebounded to beat Central Regional in three sets. Patria Moreno is such a versatile setter and she showed off her stuff today posting 20 assists, 21 digs, 2 kills, 2 blocks and an ace. Quite a performance! Avery O’Cone had 7 kills and 2 blocks while Hailee Lutz and Nina Soberano combined for 31 digs. Central got a big performance from Jenna Czajkowski who smoked 9 kills, 8 digs and 1.5 blocks. But it wasn’t enough to take down the Bengals.

#7 North Hunterdon breezed past Phillipsburg in straight sets. But Phillipsburg hung in and even got to 19 in the second game. Phillipsburg was 200+ in the preseason rank so kudos to them for staying close. Tori Kuo slammed 9 kill and Sam Wilton posted 13 digs for NH.

Harrison jumped out of the blocks early with a straight set win over Abundant Life. Both teams looked good in the summer league but Harrison continues to turn it on and click in the early season.

Sterling ran by Cinnaminson today, powered by a nice performance by Allison Kowalewski who smashed 6 kills and had 5 digs and an ace. Kayla Franklin added 4 kills, a block and two aces as well for the Silver Knights.

Newark East Side showed off their serving prowess today as Beastside rolled over North Star Academy 25-7, 25-9. The Red Raiders posted 25 aces for the match with 13 coming from junior Emily DeSouza.

There is a full schedule tomorrow and we mean FULL. 60 games on the schedule and some really great match-ups.

#1 vs #3 as Immaculate Heart takes on Bogota. We expect that the game will be livestreamed at 4:30 at this link… https://www.youtube.com/channel/UCChGCSIPLUH-VixKLIyAyDg/videos

#4 Southern opens up at Brick Memorial with Kate Stoughton. Should be a close match but we expect Southern to prevail.

Old Tappan visits Clifton in an interesting match up. Clifton has a strong team with Kate Louer in her senior year. We expect Old Tappan to rebound and continue their perennial dominance this fall.

Roxbury debuts tomorrow at home against Mount Olive. Rox is truly a team to watch and we expect them to get out of the gate strong despite Mount Olive being an improved team.

SPF and Westfield face-off in a battle of Union County Conference rivals. Union Catholic and Kent Place also match-up. We should get a good read on what the UCC landscape will be.